In a moment that would only occur in our current climate I froze whilst walking down the road at lunchtime the other day.

I was heading to the shop near where I work and had realised that although I’d remembered my carrier bag (something I’ve always been rather particular about) I’d completely forgotten my face mask.

It’s not yet the law to wear face masks in shops or in public – but I’d promised myself when seeing on the news that at least part of this was going to become compulsory that I’d start doing it sooner rather than later.

I’ve even been a mask to go to the cinema. 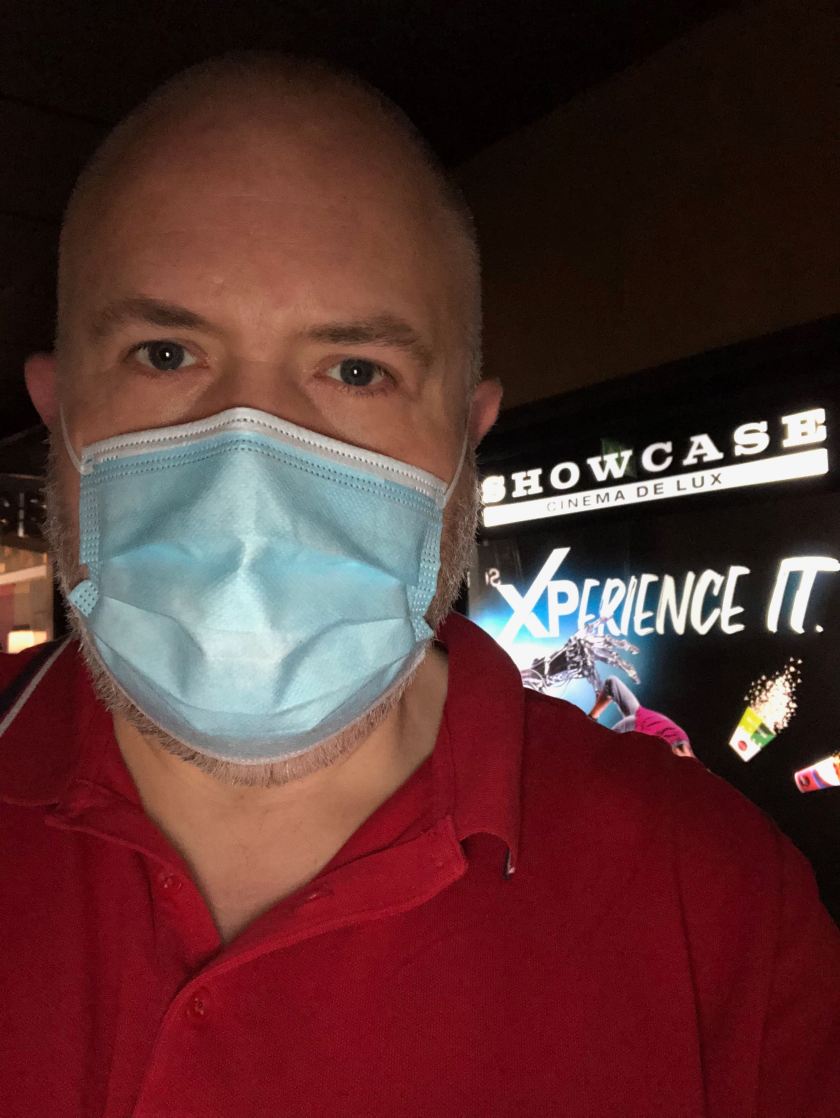 I ultimately made the (wise/unwise?) choice to go in anyway – but felt profoundly guilty when I saw the girls in the shop wearing their masks behind the Perspex till screens.

I won’t be doing that again any time soon.

Going to the shops is something that these days simultaneously feels both normal and abnormal – and even when the world seems to be gradually returning to what it used to be (and that’s both good and bad if you look at the quickly returning McDonald’s rubbish everywhere) it’s never more noticeable that things have changed than when you notice things (that you used to do regularly) now feel profoundly different.

Yesterday my partner and I ventured into Leamington to find that many of the familiar shops we passed regularly have completely ceased trading (or are yet to open up again).

There is a real effort being made by the council to enable and promote social distancing – and to this end much of the town centre has been temporarily pedestrianised – meaning you can give people as wide a berth as you feel comfortable with.

We eventually ended up in a suitably well distanced coffee shop in the Royal Priors – if for no other reason than to buy a drink and sit somewhere other than home to consume it. 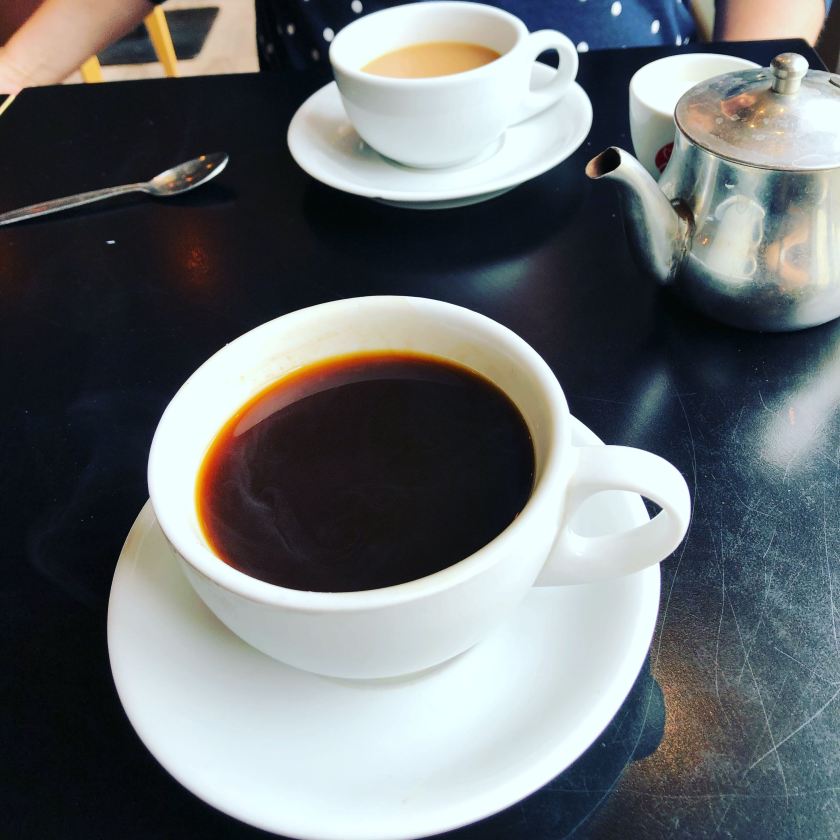 The day was pretty humid mind you – and I have to say neither of us had particularly been enjoying the steamy breathing experience of walking around town with our faces covered – so it was pretty nice to find a seat indoors by a big open window where there was a lovely breeze with no-one nearby.

we both sat and just quietly breathed for a moment.

Or rather should I say I relaxed and tinkered with my blog whilst my partner caught up on Pokemon Go! for five minutes.

Although when I met her she was already madly addicted to Pokemon she has really been getting into other video games recently (I knew I’d eventually drag her down to my level) and has recently adopted my Nintendo Switch as her console of choice.

Believe it or not she has now logged more game hours on this console than I have – however this is mostly because Animal Crossing appears to be both incredibly addictive and also something that she absolutely loves playing online with her family. 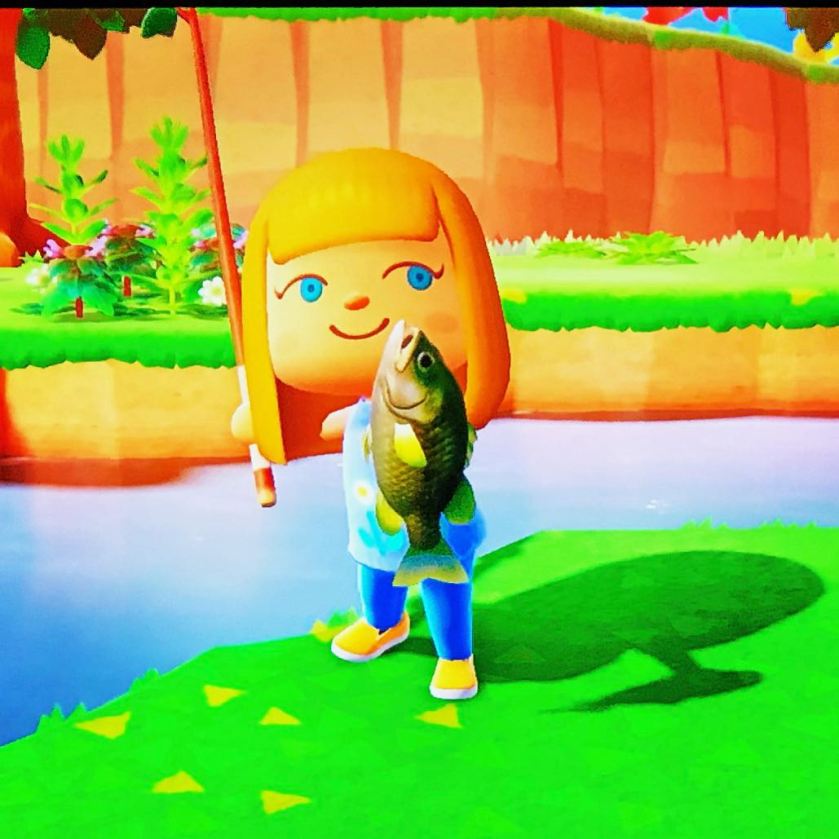 Aside from the game creating a need to obsessively catch fish, shake trees and dig for fossils it seems like a really really nice way to keep in touch with people – and one of the lovely aspects of it is how social and friendly it is.

It also never ceases to amuse me how she delights in making her cute little house look more and more like our house.

She’s even created a version of me…

I have my own little island (although I’ve never actually played the game) and she’s filled it with stuff that she thinks I’d like in real life.

Oddly I’m almost always running around the island in my pants – which is terribly embarrassing when she invites her sister over to visit. Nevertheless I can’t help smiling as she (usually giggling) points out little details that she thinks I might like about my fictional island.

Recently (after selling enough digital turnips to generate the ‘bells’ to purchase it in the game) she placed an arcade machine in near my toilet to keep me amused before and after my poos! 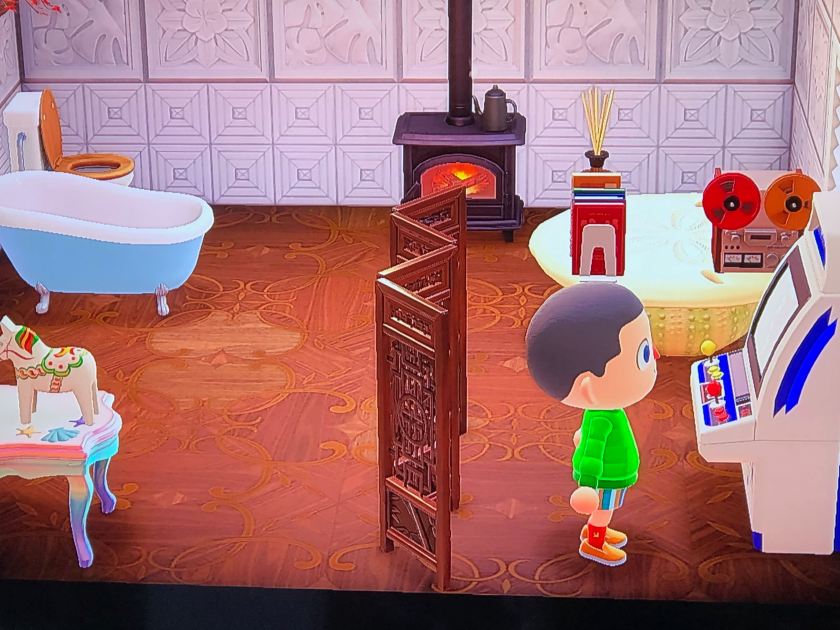 There’s even a log burning stove to make sure my bottom isn’t chilly when it hits the toilet seat!

Once we’d finished our coffee (and respective digital pursuits) we decided to go foraging for other items to amuse us – and found an item at a reasonable price in Game that she’s wanted to play ever since she saw her nephew playing it. 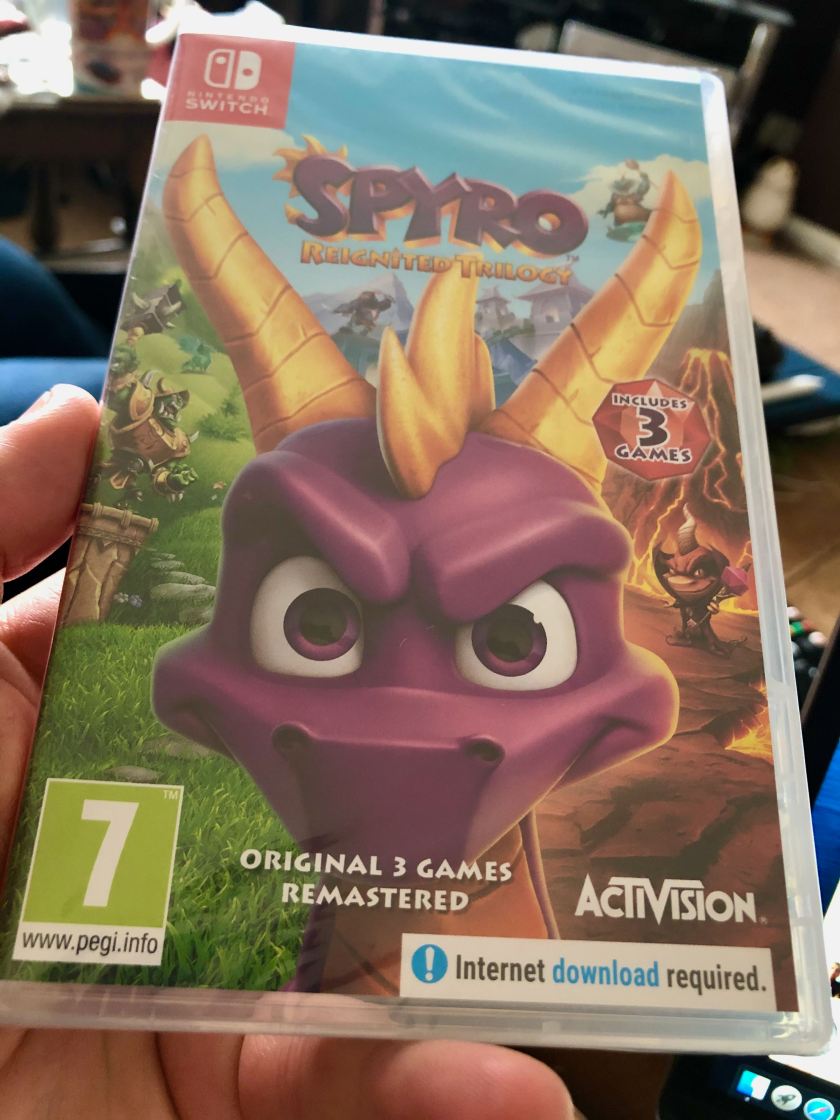 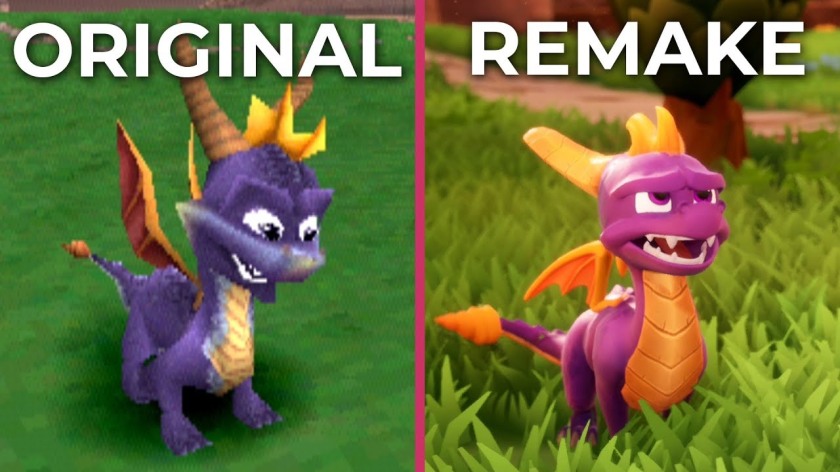 I remember playing the PS1 version of Spyro (before it was remastered and made to look like a Pixar animation on modern hardware) and it was a really fun little game. It’s surprisingly difficult in places though – and it took both of us attempting one pretty early level to find a way through!

It’s crazy how similar and yet simultaneously divergent our gaming tastes are – because for the last couple of weeks we’ve both been enjoying (if that’s the way to describe it) the brutal tale of survival, revenge and redemption that is ‘The Last Of Us Part 2‘ on the PS4. 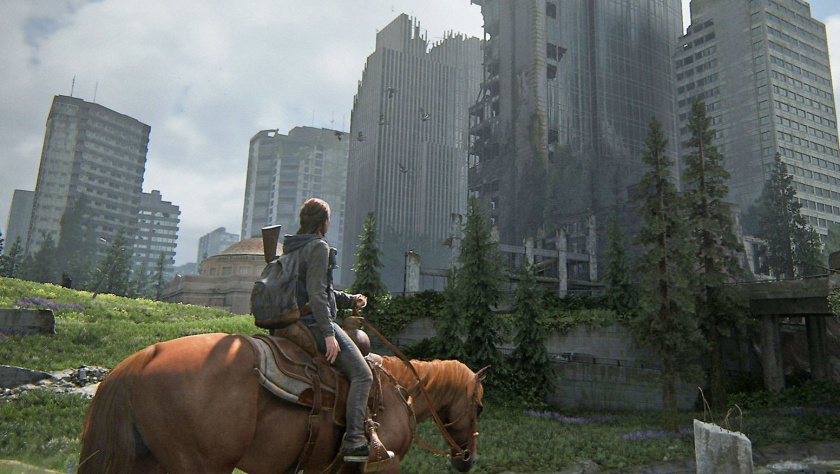 It’s probably the wrong game to have been playing in the middle of a pandemic – as the premise behind it is that society has collapsed (it fictionally happened in 2013) after a similar world event.

TLOUP2 diverges from the present day pandemic realities however because in its case the infected quickly turn into aggressive zombies whose sole purpose is to pass the virus on to you.

You can either sneak around them or choose to club them to death with various sharp implements if they get in your face – and in this respect it’s quite cathartic.

The choice about whether to not to batter these zombies to a pulp is frankly very reminiscent of the urges I feel whilst surrounded by oblivious (potential) plague carriers in Tescos every week so it’s nice to be able to exorcise my pent up frustrations in a consequence free environment.

We played the first game together (before going through the second one) about a month ago. I’d played it before but my partner hadn’t –  and I wanted her to experience the superb story before I played the sequel. Much to my great delight she absolutely loved it.

So much so that she wanted to go halves with me on part two.

One really interesting was that in my second play through of the first game I found that I was looking at everything with a fresh set of eyes.

Now I found it impossible to ignore the fact that in every single disused and derelict toilet in the game there was a ton of unused toilet paper. 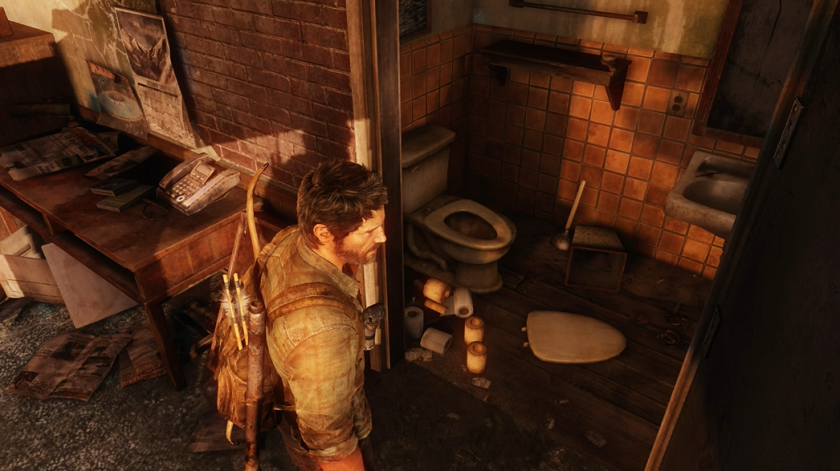 Did Naughty Dog (the developer of the game) see the events of the current pandemic coming and just knew that we’d suddenly start to hoard toilet paper when the world began to fall apart?

If this is the case then it’s not much of a surprise that there are no stashes of canned goods anywhere in the game – just mounds of mouldy paper to wipe your bottom with... 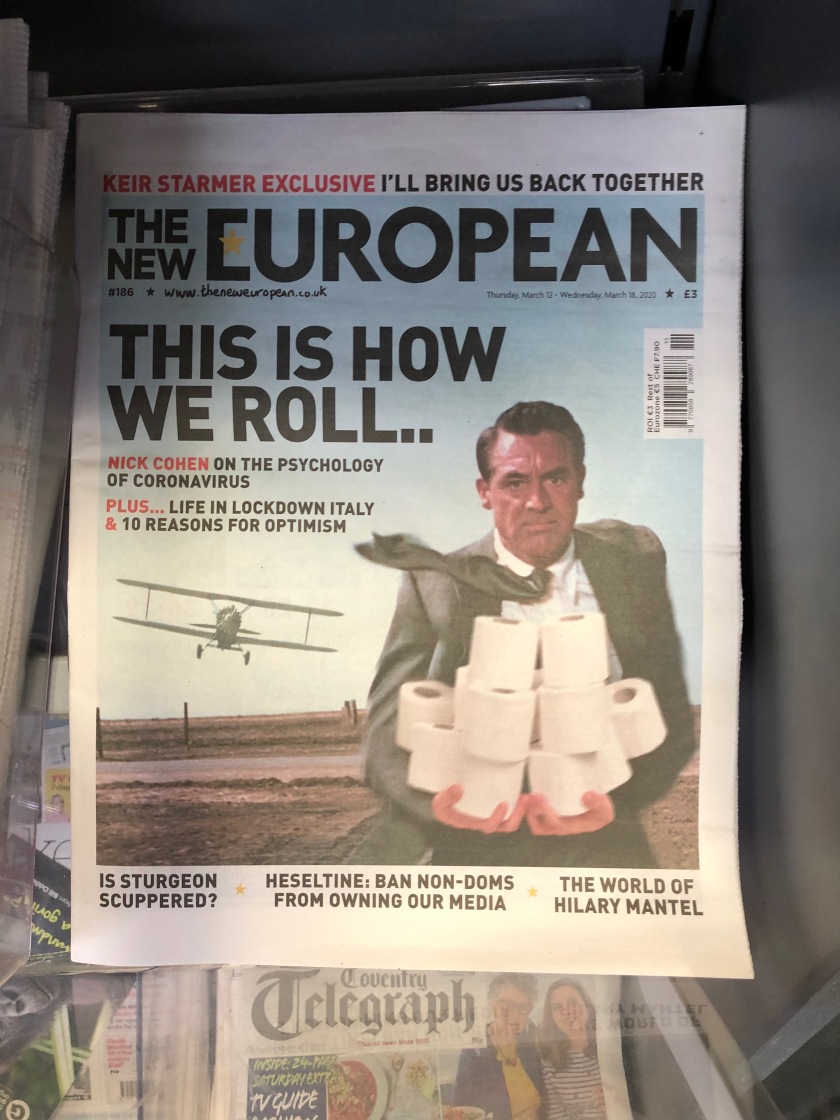 As we left Game (still in our masks and swabbing ourselves liberally with the alcohol hand gel they had at the entrance) we headed to another little bit of normality which immediately lifted our spirits. 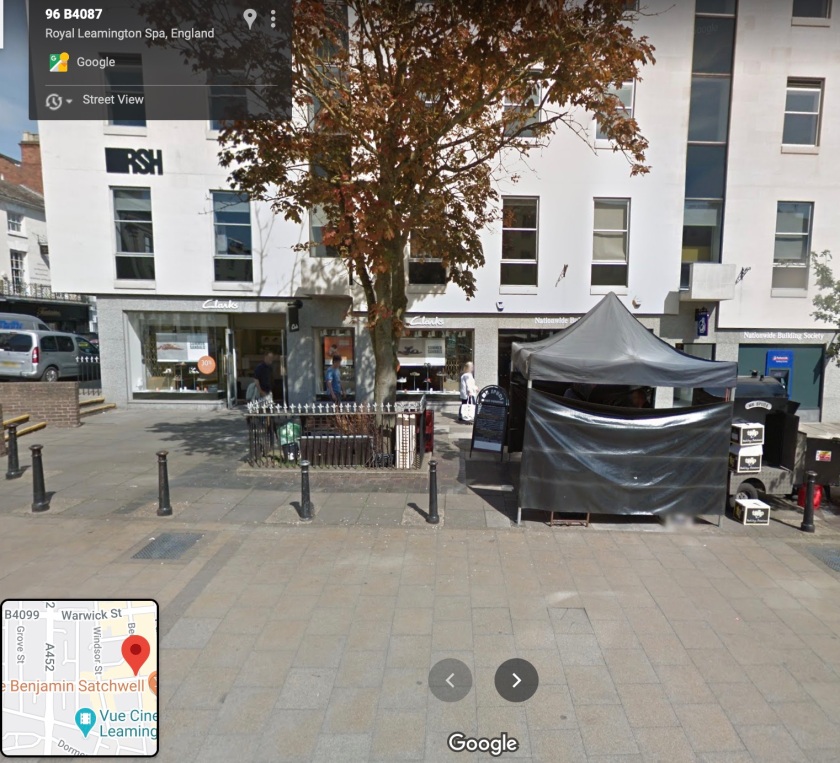 This unassuming little part of Leamington Spa has been serving baked potatoes to the public on this corner of the high street for thirty years and I am not lying when I say that when the lockdown first hit I was ridiculously worried about whether or not this small business would survive.

Thankfully (according to the owner) they’ve limped by with financial help from the government – and are just about managing to cover their wages at the moment.

Things are tough – but for the moment they’re surviving – which I guess is all that we can hope for. 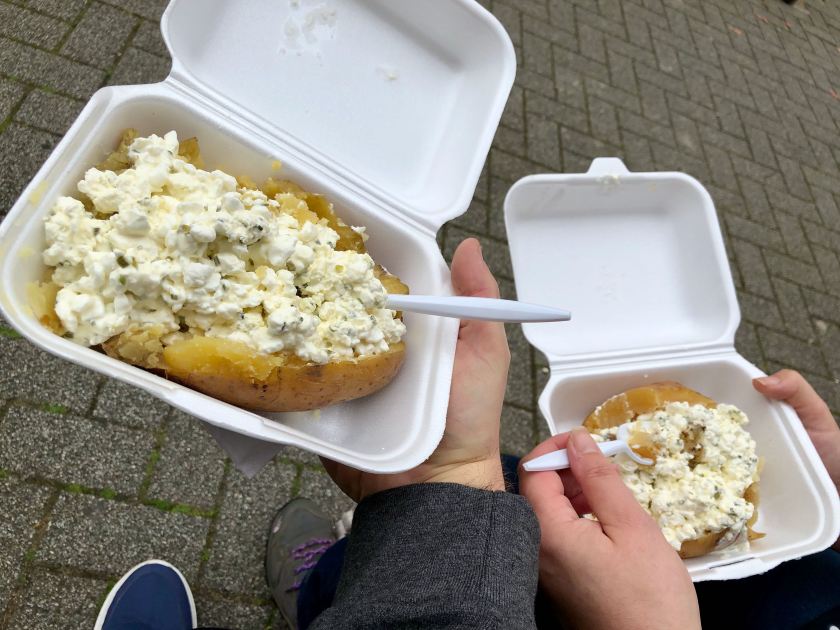 Our ‘usual’ cottage cheese with chive baked potatoes from Mr Spud have frankly never tasted so good – and both my partner and I were still raving about how this had been the highlight of our entire day well into Saturday evening.

It’s crazy how taking something so simple and normal away for a few months makes it so feel extra special when you get it back.

I’m not that bothered by the majority of shops that have closed up for good (although it does make me feel sad when I think about the lives that these job losses will impact and how the high street will eventually look) but this one unassuming little tent and the warmth of their baked potatoes would have cut me to the quick if they’d gone under.

Encouragingly the lady we spoke to said that they had no idea what to expect when they opened for the first time – but everyone was so happy to see them that they were ‘made to feel like rockstars‘ as people crowded around expressing their happiness about seeing them again.

I encourage anyone locally to go and buy a spud from this stall.

Anyway, Sunday is ebbing away and I have things to do – thankfully without a mask.