If you want to visualise me at this exact moment then close your eyes, and imagine a pair of baggy Star Wars pyjama bottoms, a nerd teeshirt and Christmas slippers draped loosely over my near completely prostrate form on the sofa.

Im slumping and loving it.

The damned scales haven’t shown a loss so far – which I suppose I shouldn’t expect yet. It’s only been a couple of days since weigh in and it’s not really a good thing to be standing on the scales – but I can’t help it.

It would be rather nice (given all the effort I’m putting in at the moment) to get a generous loss next week and I’m doing all I can to be good.

My helpful assistant lately has been butternut squash.

It’s a fabulous speed food and I find it’s really versatile when it comes to preparing the ingredients for multiple meals in one go.

I’ve slipped into something of a routine lately because of this – and a cottage pie is always followed by a slow cooker stew – and then by butternut squash chips.

If you find a LONG squash it’s ideal. You cut it in half just where the bulbous curve ends at the base and peel both halves, putting the long straight bit aside.

Then cut the bulbous end in half again so that you expose the seeds and scoop those out of both.

Chop one half up into very small 1cm square (approx) cubes and the other half into 2 cm chunks.

Put the lager ones in a sealable LARGE Tupperware tub with plenty of space in it.

Then cut the large seedless upper portion in half lengthwise, and put both halves down on their flat sides before cutting them into 1cm semi circles.

When you’ve done that (I do this in piles of three at a time) cut those into 1cm sq chips.

It doesn’t matter how long they are – only that they’re no thicker in the body than 1cm.

Place all of these in a tub and put them in the fridge for tomorrow.

The first order of the day is a cottage pie.

The ingredients for this are

Brown off the mince in a very deep frying pan or wok then throw in the carrots, half of the 2/3rds of chopped swede, the courgette and the onions and then pour over the stock.

Boil this down until there’s practically no moisture left in the mix and put it to one side.

While the contents of the frying pan are reducing boil the potatoes, the remaining chopped swede and the sweet potatoes in a saucepan, and when they’re soft mash them into a paste.

Put the contents of the frying pan into the bottom of a large flat based oven proof dish and then flatten it down before covering it with the mash, scoring the top with a fork and spreading your cheese HE sparingly on the top.

Cook in the oven until the cheese is golden brown 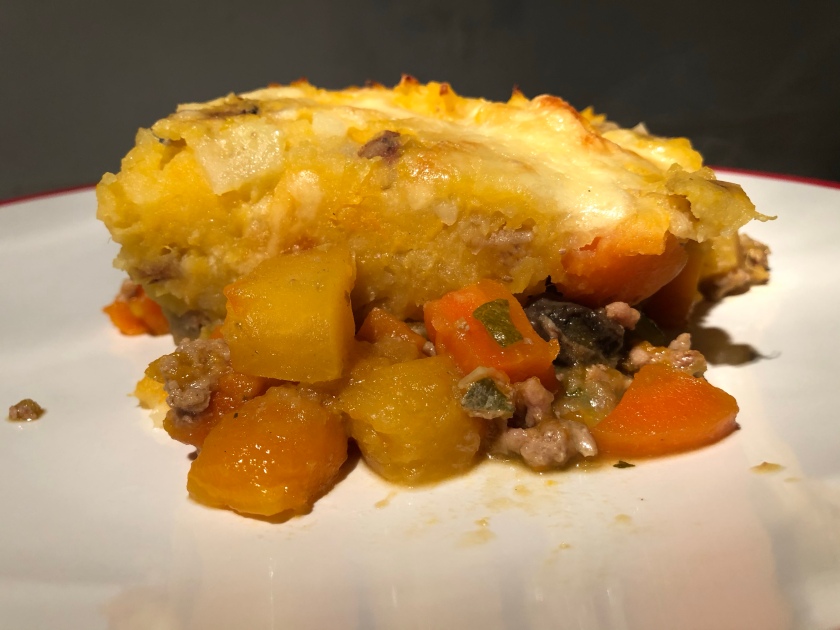 That’s meal number one (serve with the veg of your choice or eat it on its own – it’s full of speed!) and there’s more than enough of it to pop into some containers for you and your partner to take to work for lunch the next day.

Tomorrow you’re having a slow cooked stew! So before you go to bed full the rest of the 2cm squash Tupperware with a chopped sweet potato, chopped carrots, chopped onion, garlic and the other 1/3 of the swede

Before you go to work put the canned tomatoes in the slow cooker, then the beef, then the garlic and the stock pot along with the bay leaves. Put all of the rest (apart from the beans and the sweetcorn) on top in any order you want and force the lid down. If it doesn’t fit don’t worry – it will by the time you get home.

When you arrive home after work lift the slow cooker lid and quickly pop in the beans and sweetcorn. Let them warm up for ten minutes or so before stirring it all together.

While you’re eating a bowl of stew (and popping some in Tupperware for lunch tomorrow) put the chips in the oven for 45 mins with some spray oil, garlic powder and Cajun seasoning.

When they come out then sprinkle with salt and balsamic vinegar.

If you want to use bread by all means do – but a chip butty is far more on plan if you use a weight watchers wrap. One is a HE and if you have two then it’s six Syns a wrap.

Just pop the hot squash chips into the wrap, squeeze it up so they mush up a bit and then bite into it! 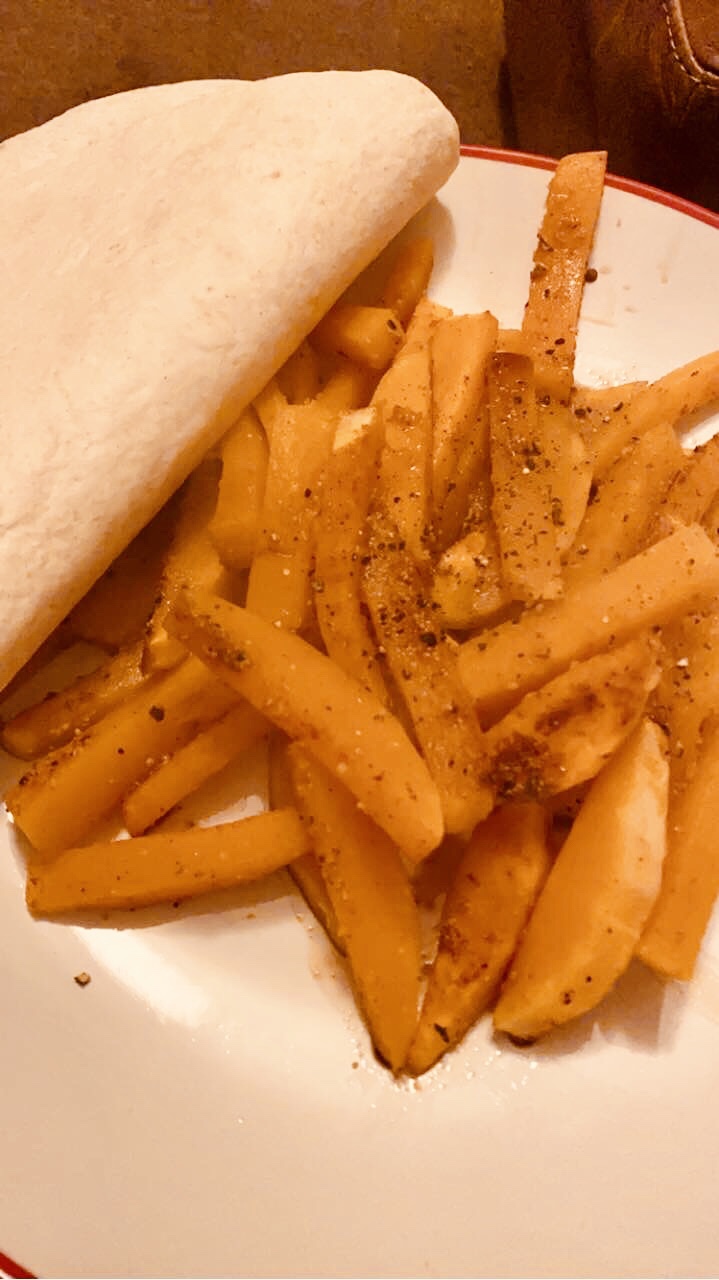 All in all this squash strategy nets two or three meals (I like big portions so for me it’s two) along with a bunch of carrots, a swede and a small bag of sweet potatoes.

The ingredients are cheap, on plan and filling as hell – plus when it’s freezing outside are awesome comfort food.

It’s worth noting that if you don’t want to use cheese on the cottage pie you can also mix in a tub of onion and chive cottage cheese with the mash.

It won’t brown as well but it tastes lush!

On top of all this cooking I’ve been smashing my swimming lately and have 25 straight days of hitting the pool (except on bank holidays) in the bank.

This means that so far January looks flipping amazing for calories burned per day!!! 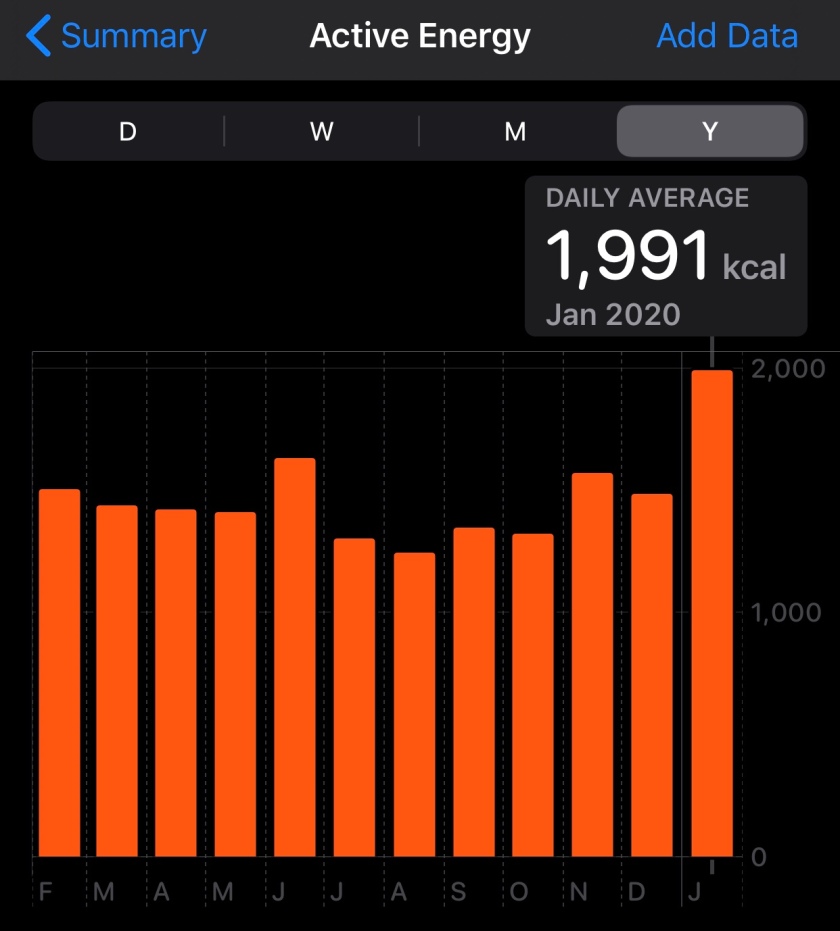 I have to say that all of this is particularly awesome because at the moment (whilst I’d love to be in in target) I’m just revelling in being fit and healthy as well as seriously motivated. 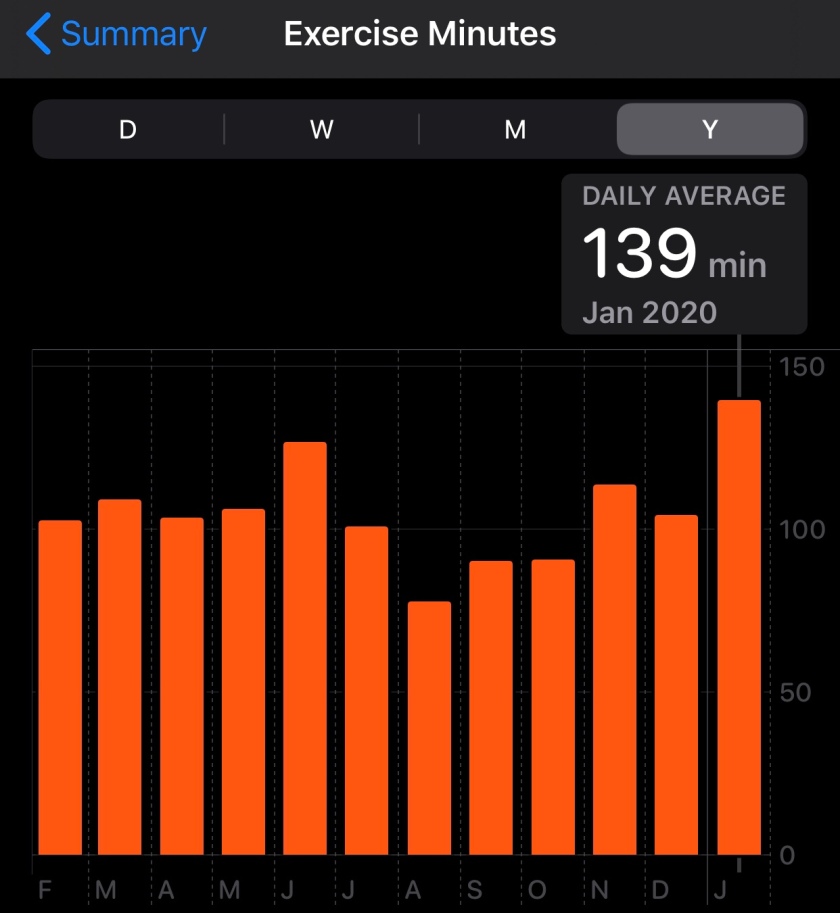 However there’s also something a lot more serious on my mind – because today (after seeing a fellow SW man posting on Instagram) I watched part of a programme on iPlayer called plastic surgery undressed (episode four if you want to look). 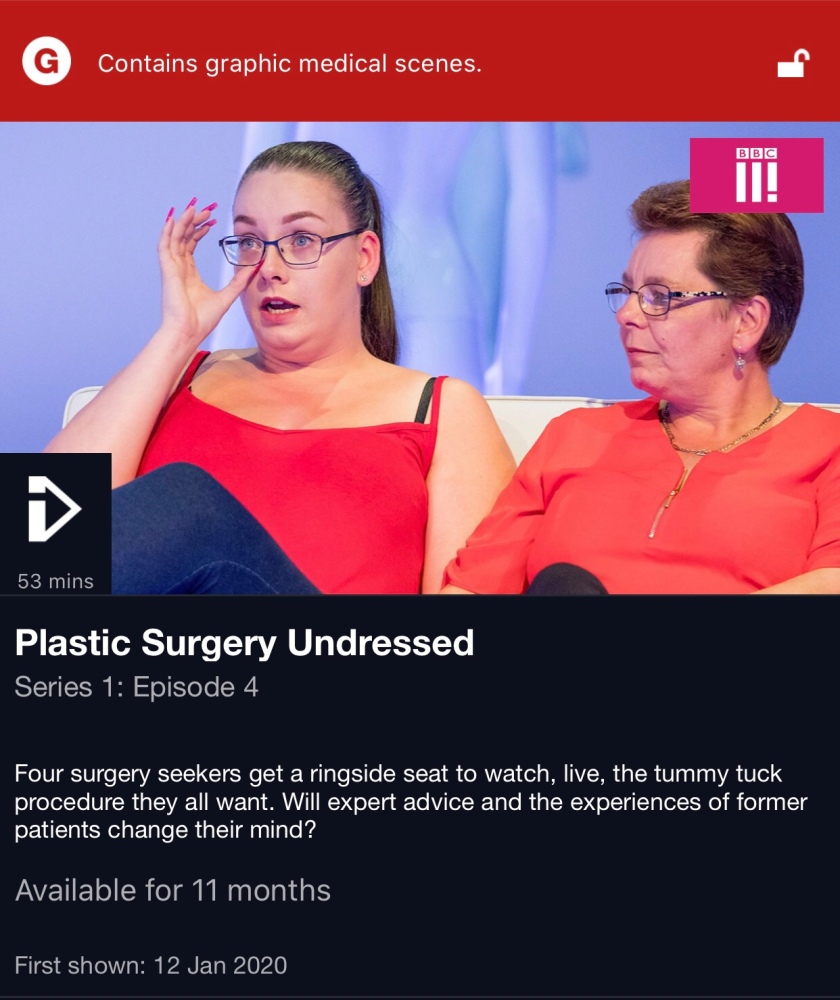 This episode is all about tummy tucks and aims to make people face up to the visceral reality of an operation that can cost anything from 4-10k and require extensive convalescence (three months plus in some cases from what I’ve read) as well as having much potential for complications and dramatic scarring.

The chap taking part from SW is not someone that I want to vilify or shame.

He’s worked hard and I genuinely respect him as well as understand more than most people would what his thought processes are.

I want to be clear about this.

I’m not in the business of saying what people can, can’t or should not do with their bodies.

Particularly not him. He should be applauded for what he’s achieved.

However I have come to my own opinion on the matter and although I reached it well before watching this tonight it’s exemplified by the welsh lady in a red top above.

In the show she’s crying early on and talking about about how an ex partner had made her feel worthless.

She couldn’t go out, couldn’t go swimming, and after giving birth to three children had convinced herself that she was unlovable and ugly.

She wouldn’t wear a swimming costume to go to the pool with her children and still refused (at the time this was filmed) to step into a pair of jeans.

All because an arsehole had made her feel that she wasn’t good enough.

It’s not just women this affects and I’m sick to death of hearing that men don’t suffer in the same way that women do when it comes to body confidence.

Once an ex said to me in a moment of unfiltered weakness after we’d made love that I’d made her feel wonderful.

She then concluded that if I had a body like one of my best mates it would have been perfect.

That’s never left me – so I had a lump in my throat as I watched the tears roll down this lady’s cheeks.

All she wanted was to feel better, to cut away the pain and to throw it into a bin.

She was so desperate to escape this emotional turmoil that she was willing to mutilate herself instead of learning to accept it – and in so doing attract someone with her inner confidence and winning personality.

She was on TV considering being butchered instead of coming to terms with the fact that her partner never truly loved her.

None of this is easy though and god knows I struggle with what’s physically left behind after losing the immense amount of weight that I did.

I never thought I’d find someone that would love what remained but find her I did – and love (as well as intimacy) is about far more than looking like a catalogue model.

It’s about honesty, compassion and a deep connection to the person in your arms.

I’m luckier than other people I know who haven’t managed to find a relationship like this – but I’m also not alone.

Through slimming world I’ve met many men (and women) who now have great lives and wonderful people to share it with – and share it intimately.

There is more to all of us than superficial extra or droopy skin.

We’re worth more than a surgeons knife and there should be far more emphasis placed upon coming to terms with being real and authentic versions of ourselves rather than chasing impossible dreams of perfection.

I will never have washbord abs.

I won’t get rid of my bingo wings.

My thighs will always sag.

My head however will always remain high – because it’s about more than that.

I’m confident that I represent an ideal that many should aspire to – and that to make the most of what you have – WHATEVER THAT IS – and own it.

Confidence and a smile are the most attractive feature in all of us – and as time scrapes away all that we pointlessly hold onto they will remain – and when they do they’ll keep the person that loves seeing them on you coming back for more and more.

Whilst your choices are your own I urge anyone considering this to think long and hard about why you want it and who you really want it for.

Watch the programme and make up your own minds.

I know what I think.