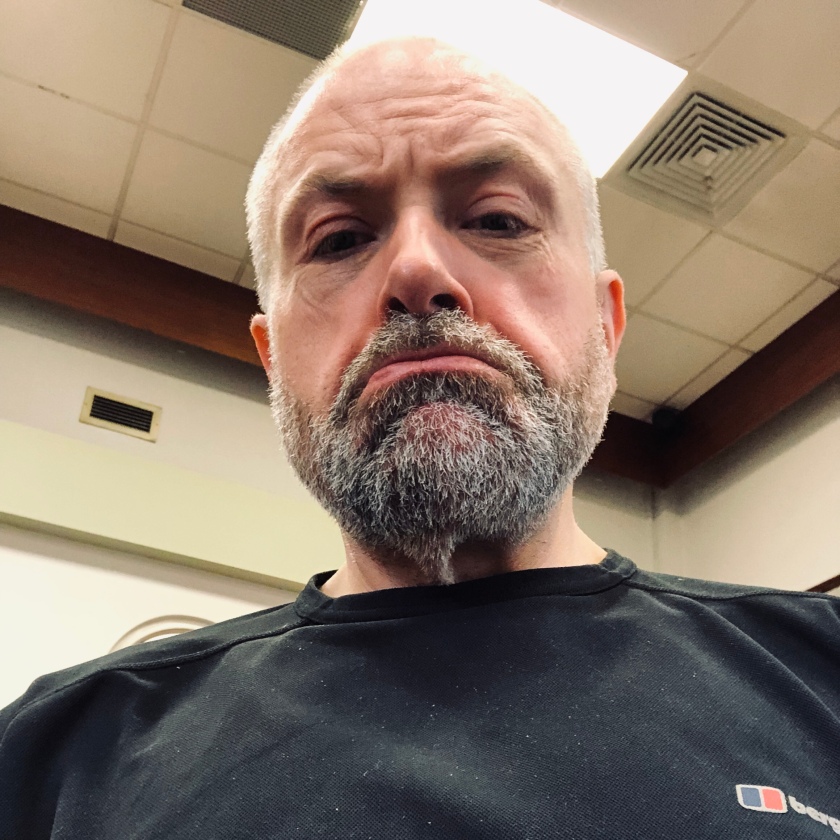 Well the results are in and according to the scales and the numbers in my book I’m now officially a struggling member at Slimming World!

Regardless of all the exercise I’ve done over the last 7 days (it’s a lot) the truth is that this week I haven’t been as disciplined as I could have been (as well as having no small amount of bloating going on today) and this means I’ve had a second gain. 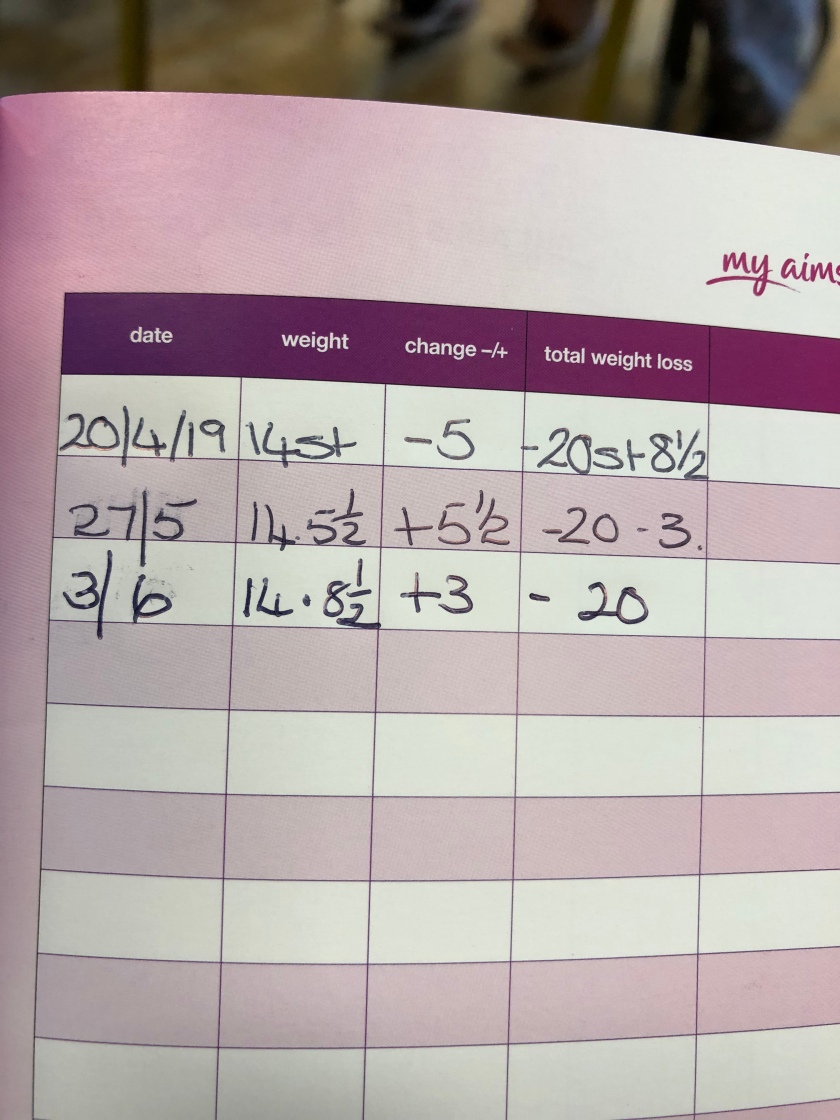 This hasn’t happened for a long long while…

For the first time in ages tonight I’ve had to pay in a meeting – which stings not because I begrudge Angie the money (she’s definitely worth it) but because I feel like I should have done better than I have with restraint in general and I’m annoyed with myself.

However – I’m planning to go to meetings regardless of whether the news is going to be bad or good and therefore just sitting here in the first place is a win.

I’ve also found an Avengers mug, filled it with tea and I’m doing my best to think positive thoughts. 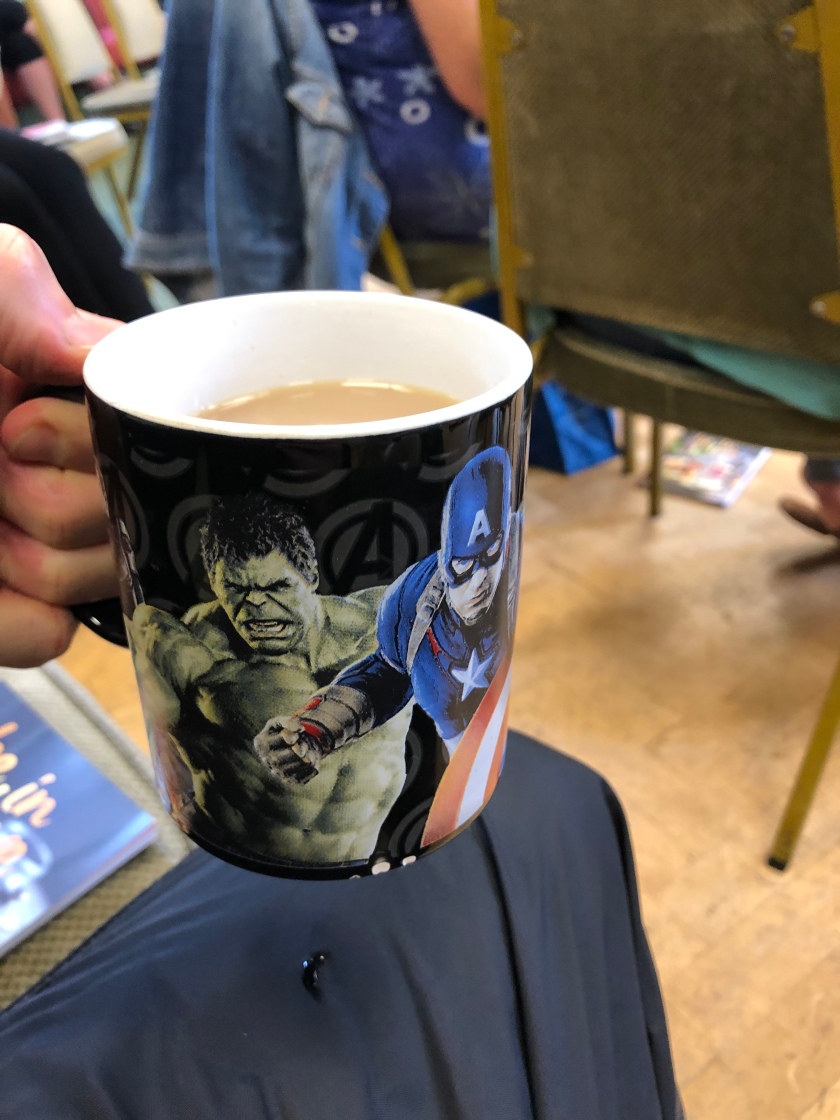 Well – last night, during a traffic jam, feeling glum that I was driving in the opposite direction to the one I wanted to (away from my significant other and facing a long stretch without her) I managed to eat 500g of carrots, six apples and a large punnet of plums.

When I got home (feeling very tired and more than a bit moody – despite knowing that I was weighing in the following day) I ended up massacring two packets of ryvita and no less than 16 triangles of light spreadable cheese.

So – a probable maintain when I went into the weekend quickly turned into a completely inevitable gain.

Instead of sitting in a group feeling pleased with myself and my restraint I’m sitting here with a clenched jaw thinking about what I’ll have to do over the next week to make a difference.

Oh well – I’m human and there’s no point making a mountain out of a molehill.

I’ve just got to trust that everything will be better over the coming week and that I’ve got more than enough experience of the plan to pull things around.

The next week is going to be about good food choices, variety and positivity.

I’m going to cook nice food, try to steer clear of triggers and face up to what I’m eating – because mood dips are no excuse for stuffing my face!

If I want it enough then I’ll do it.

My next weigh in will once again be on Monday next week (Saturday is becoming irritatingly impossible thanks to work and other commitments) so I’m going to need to be focused.

Think positive thoughts internet because I’m going to have to!