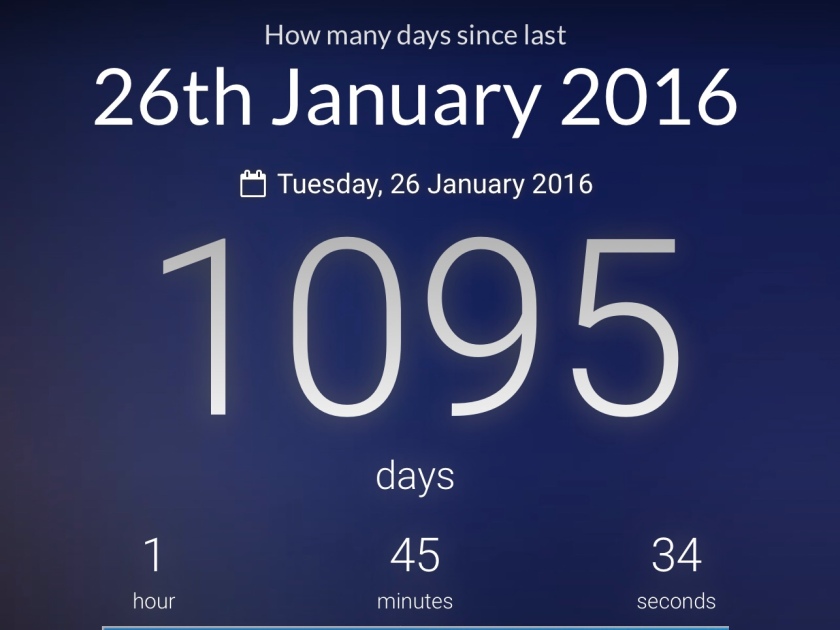 They can be a cause for celebration, a reason for reflection, moments of triumph – or reminders of sadness.

Some are all of the above and today is definitely one of those days because it’s now (somewhat amazingly) three whole years since I drank any alcohol.

For some this might have always been their day to day reality and it may not mean much, but for me it’s everything.

My alcohol abuse is not something that gets a lot of airtime in my blog – and that’s because while it was always a problem to varying degrees in my life (from the age of 16 to my early 40’s) when I finally decided to end my relationship with it once and for all I always knew deep down that it had ceased to hold any power over me.

I don’t know why – but in many respects I’ve always been quite a binary person and as such I’ve tended to be able to do this kind of thing at various points in my life.

‘All‘ it takes is for me to start hating who I am or what I do to myself enough to just say ‘that’s it – I’m done.’

That’s been no small moment when it finally arrives though because when these watershed changes in mindset have occurred I’ve barely been able stand my own reflection in a mirror.

Consequently I remember every instance like this in my life – of which there have been four significant ones.

Each of them could have resulted in an untimely death if I hadn’t changed course, so they tend to stick in my mind.

Alcohol was the last but one thing to go.

The final one was (and in many ways still is) my relationship with food and my comfort eating.

Unlike booze though food will always be there.

I can’t just quit that like other substances – but I don’t think I’d have been able to address my eating disorder to the level I have if one by one I hadn’t removed those other crutches from my life.

I needed alcohol to be gone before I ended up on Slimming World’s doorstep.

However unlike food I’d never felt that I was physically dependent on alcohol.

I never shook without it or had any kind of withdrawal period – and I have no idea why – because when I stopped I was easily consuming three bottles strong of wine per night.

To put it in perspective that’s around 10.5 units a day. 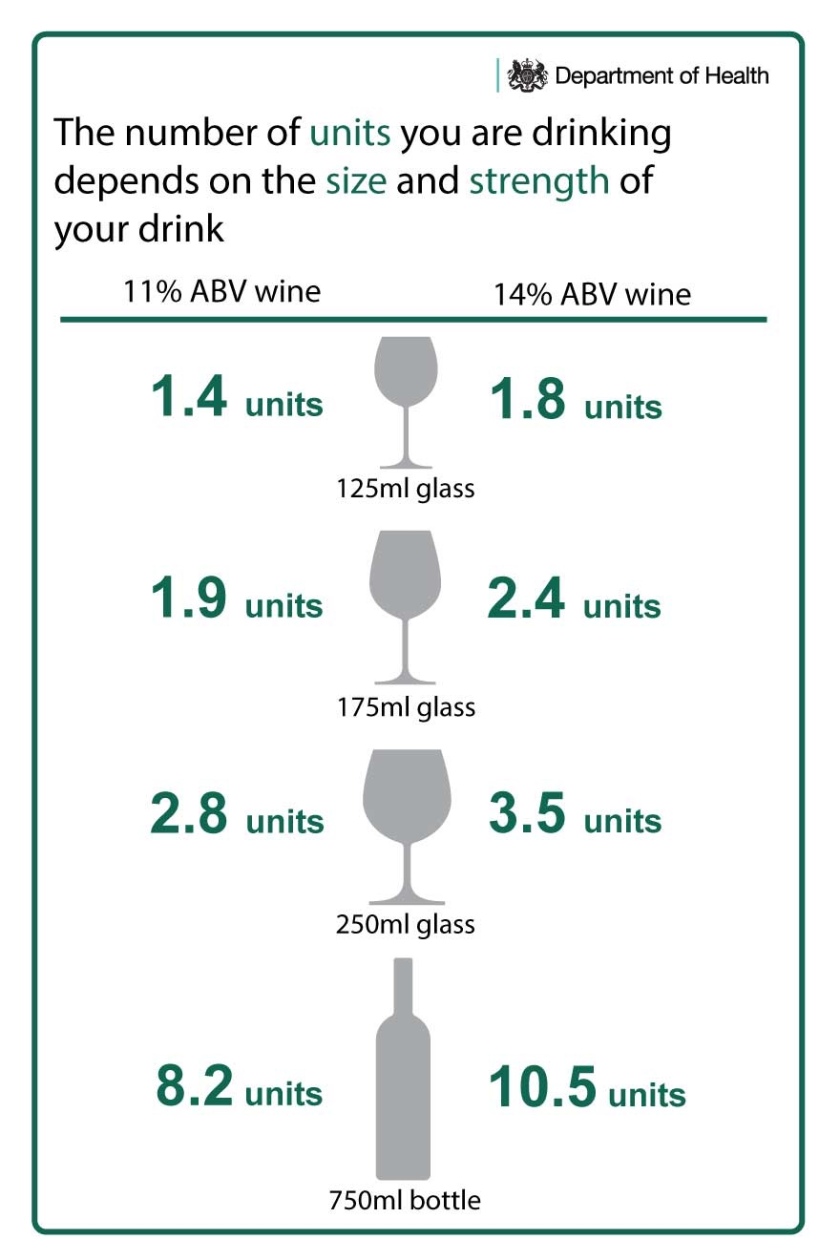 If you add that up over a typical week then I was ingesting 220.5 units of alcohol.

According to the NHS health advice you should drink a lot less if you don’t want to not only damage your liver but avoid other health conditions too (link).

They say ‘men and women are advised not to drink more than 14 units a week on a regular basis.’

This means that per year I was consuming 11,466 units vs the recommended level of 728.

Oddly though I only ever felt emotionally tied to it rather than being physically addicted.

When I first gave up drinking I referred to my habit as ‘alcohol dependency’ for this very reason – and still don’t really like to think of myself as an alcoholic.

I’ve since come to the conclusion that the terminology I used probably mattered less than I originally thought it did though.

Honestly (although it still makes me feel rather uncomfortable) I’m ok these days with saying I was an alcoholic – because whether I was physically or mentally dependant on its effects is completely immaterial.

Booze didn’t care in the least.

No matter how I viewed my relationship with it or how I categorised its presence alcohol was still actively ruining my health. 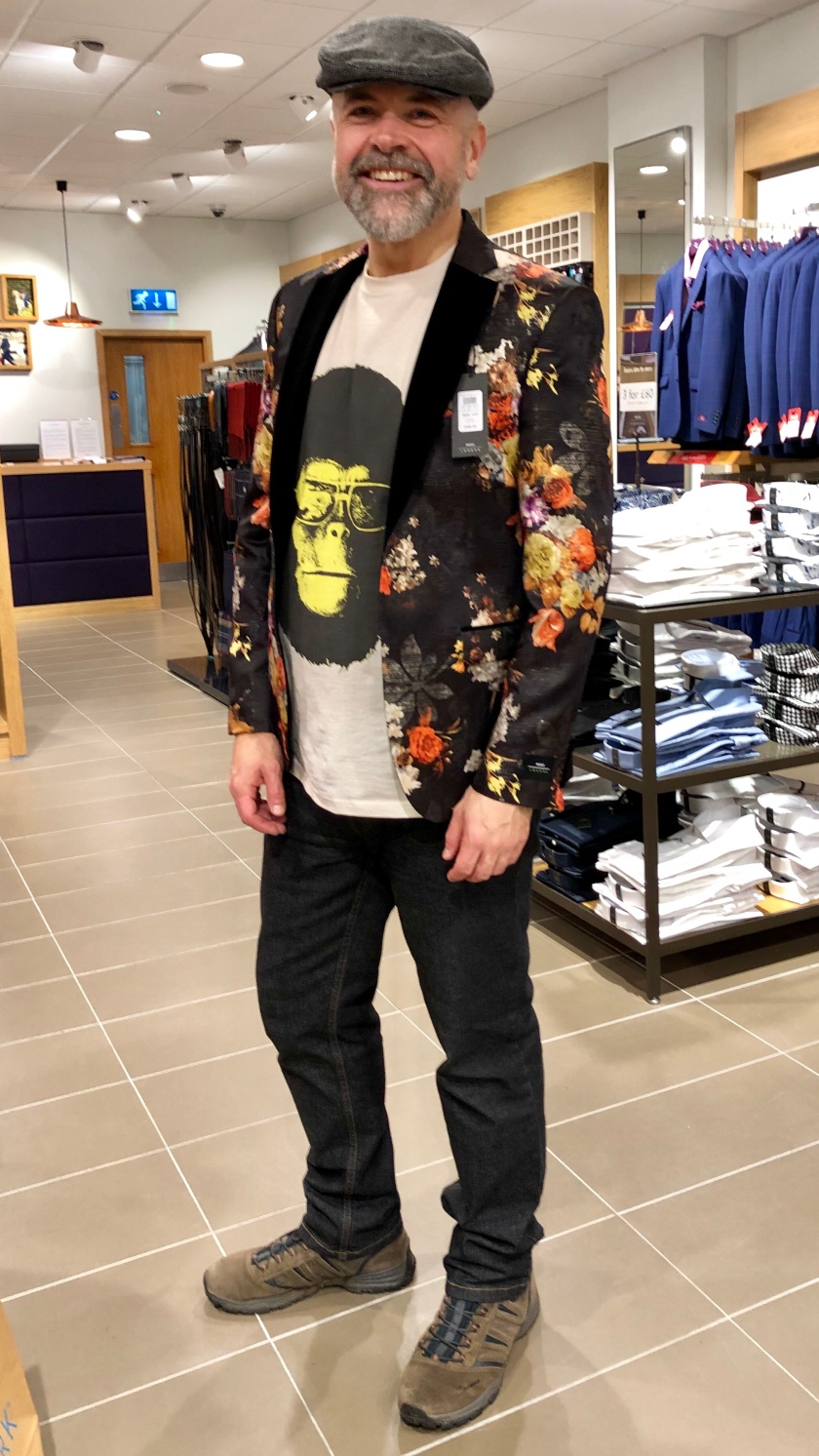 I definitely prefer the life that I now have without it around.

In a similar way to my hope that by continually demonstrating what’s possible with regard to healthy eating and exercise I hope that my sobriety does the same.

I know many readers struggle with alcohol and its effects because they’ve reached out to me personally to talk about it over the years.

Some have fared better than others when trying to address their relationship with it and I know only too well that perceived failures in this area can sometimes make things (at least temporarily) worse.

However – as with weight loss there is another way – and as long as there remains breath in you body there exists the capacity for change.

It’s three years without alcohol and I’m still proudly counting each and ever day that I’ve been sober.

While I do I’m busy living a life filled with love and vitality and I know that whatever happens that little counter will just continue to go up and up.