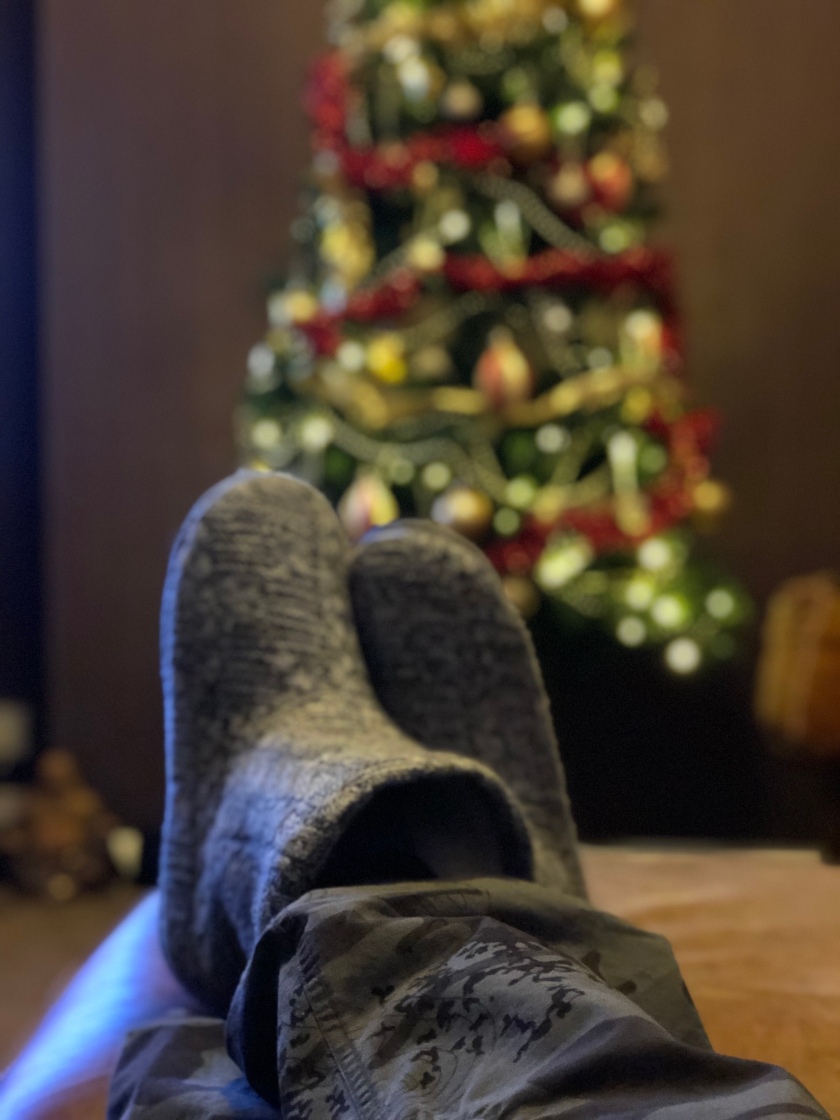 It’s been a few days since I posted – and that’s not because I’ve had nothing to say.

It’s quite the opposite in fact – a lot has happened – but I’ve made a conscious decision to switch off my usual ‘document everything’ mode.

For several days I’ve not written anything and I’ve taken almost no pictures.

I’ve just been living in the moment and enjoying life – which has unexpectedly (and in the nicest possible way) taken a turn for the better.

A couple of weeks ago I wrote this Christmas Tree post and at the time I felt genuinely lost and really quite sad.

I was wondering fundamentally whether everything I’d done recently to improve myself had been worth it – and I had been facing up (for quite a while by then) to the fact that I felt desperately alone.

Like a pebble in a pond however some blog posts create ripples that slowly radiate outwards until they touch something – and the feedback I had from many people about this entry both warmed my heart and made me feel the absolute opposite way to how I felt when I began to construct it.

Within moments of posting offers of Christmas dinners seemed to be everywhere and the personal feedback about similar feelings of loneliness weren’t far behind.

One response in particular proved ultimately to be a herald of great promise.

Christmas is a difficult time for a lot of people and although I previously thought I was immune to its negative effects that day reminded me that that I wasn’t any different to anyone else.

Once again I was shown that (where human beings are concerned) there is more that binds us together than separates us.

We all look different and sound different – but behind superficial looks the same worries, fears and needs exist.

The universe was listening throughout all of this – and it seemed it had been paying attention for quite a while – pushing me in the right direction.

Until that moment I’d just failed to interpret and understand the message.

The universe had already delivered positivity unexpectedly and unambiguously to my doorstep – and because of this today I could barely be in a better frame of mind.

Yesterday (for my third and final planned week off in a row) I missed weigh in and went walking along The Malvern Hills with a friend.

You needn’t worry readers. I’m still in target. My own scales report that I’m 13st 13lbs.

Missing group was in many ways ill advised though.

It was an awful day and Alexa said she didn’t want me to go.

‘Heavy rain and sleet’ was the forecast and they both repeated it day after day, word for word.

For once my local AI were in agreement – which was a surprise.

Amazon’s relentlessly sunny disposition usually clashes with Siri’s more downbeat take on the weather and because of this they generally bicker like teenagers.

Within moments of starting out at British Camp the wind threatened to blow us off the sides of the hills.

The rain looked as if animals would soon be seen collecting in twos nearby to board a large boat.

I was so soaked on the second leg of the walk that I was wringing huge volumes of water out of my gloves at regular intervals.

Rain had penetrated the (ahem) delicate areas of my person and I was cold.

When my friend and I took shelter in a pub near the end of our walk we also managed to end up in the only seat with a ridiculously cold draft continually hitting our backs.

We shivered throughout our time there and spent the majority of it clutching hot mugs of tea.

All of the layers I was wearing were drenched, my wallet was full of water (thank goodness for plastic money!) my trousers and long johns were soaked through and my socks had begun to take on board water as well.

It didn’t matter though.

None of it mattered – because the day was about good company.

It was all about a renewed drive to spend time with the people in my life that are and have become extremely important to me.

The conversation never stopped, the smiles never ended – and even the ridiculously dangerous journey home on a waterlogged motorway failed to dent the mood as we chatted the time away.

Even when I stopped at a pub on the way home for a toilet break, slipped in the rain and banged my leg on a small metal fence (leaving a lump the size of an egg on my shin) it completely failed to remove my smile.

It was one of those excursions that remind you there is sometimes only good company and perspective that separate a good day from a bad day.

Thanks to both of these I filled up my happinesses reservoirs and I’m pretty certain that they’ll take a while to deplete.

The day ended (as all great days should) with a geeky sci-fi movie in a warm house with comfy slippers and a blanket.

In the background I couldn’t help but notice my Christmas Tree, just quietly sitting there.

Out of the corner of my eye as I relaxed into comfortable nerd heaven I couldn’t help but think that it was winking at me and whispering something.

It’s all imaginary of course internet – but if my tree could have talked I know what it would have said.

‘Told you things would get better’ it would have said softly and quietly.

It wouldn’t have been wrong.