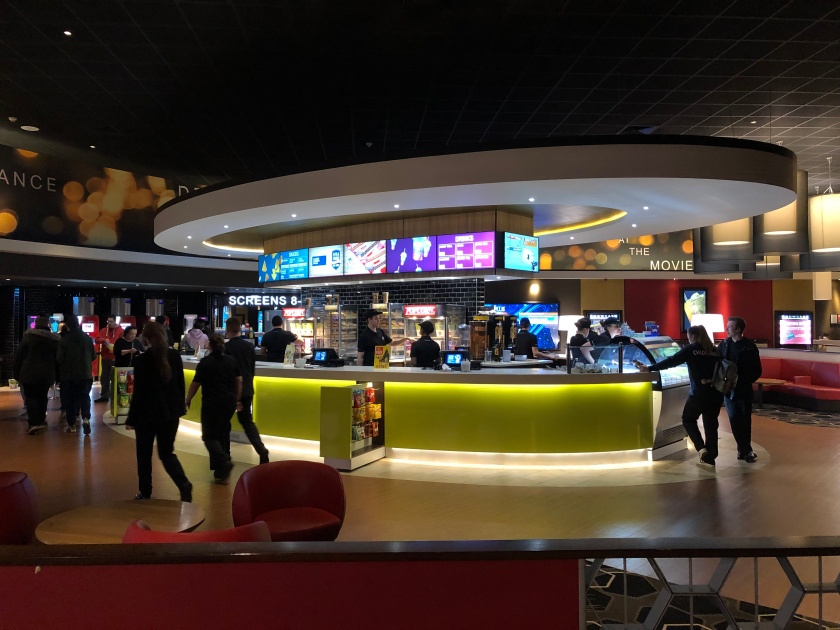 Last night I took a trip with a mate (who generously invited me along as he had a spare ticket) to see ‘Once upon a Deadpool‘ at the Showcase in Coventry.

I’m used to going to the Vue cinema in Leamington – and I have to say from a comfort level this is a definite upgrade.

The whole place has had a huge makeover since I last visited.

Compared to the rather basic staffing level and recent bargain basement approach to pricing (which is admittedly my main motivator usually) this is a bit different and rather swanky.

Although I couldn’t get a picture of it the seating in the auditorium (screen 5) it was seriously awesome.

I found myself unexpectedly in an electric reclining leather armchair with absolutely acres of room and I have to say I felt a bit like a rock star!

This feeling didn’t last too long though – because in order to stick to my SW plan I had taken with me some sugar free sweets to suck (Aldi ‘Dominion’ Strawberry and Cream and some honey and lemon Fisherman’s Friend).

By the time the film had finished I could barely contain the apocalyptic consequences.

Thankfully I maintained an impressive rear clench (I reckon I could have cracked a pool ball with my butt cheeks) until I got back to my own car – which stoically bore the brunt of my methane propelled journey home.

Lesson learned. Next time I’ll take a coffee instead…

The film was enjoyable however – even though it’s the second time I’ve seen Deadpool 2 at the cinema.

OUAD is a little different mind you – as it’s a censored version of the original and you can view this a number of ways.

On the upside it allows a genuinely funny film to be seen by a younger audience with less gore.

It also has new sequences that riff off scenes from ‘The Princess Bride’ and include the highly amusing Fred Savage.

On the downside much of the humour and ‘flow’ of the film was contained within the now heavily edited violent sequences – and when you’ve seen the original what remains can feel rather disappointing.

The opening – which explained much of Deadpool’s motivations for events of the the film (and it’s central theme of being a love story) is now gone entirely – and has been replaced by a dialogue between Reynolds and Savage that does little to sell the film to anyone that doesn’t already know what’s coming.

Weirdly these chatty segments sell themselves as knowing censorship (Deadpool is one of only a few characters in the Marvel universe that’s aware of the ‘fourth wall’ (link) and knows he’s a comic book character) that enables viewing by a younger audience.

This is is an odd contradiction however because these new sequences simultaneously appear to be written for an audience that’s already seen the film and knows what’s coming.

It’s a real shame and an odd mix – but you can kind of understand why it’s turned out the way it has.

Deadpool 2 was uber violent (in a comical rather than horrific sense) and there’s absolutely no way that they could have edited this and other segments into sequences which would have maintained a ‘family friendly’ (their words not mine) rating.

Oddly this push for a lower classification is yet another problem (albeit more of a regional one) because in the UK the film received a ‘15‘ classification – which barely makes sense – but in the US it’s migrated from an ‘R‘ rating to a ‘PG-13‘.

I agree with a lot of the reviews (which I only read this morning because I never look at them in advance) that this version of the movie only serves to justify the need for Deadpool to retain its usual adult rating in future releases (link).

If you’re going to see it then know in advance that big chunks are missing – and if you can make sure that you watch the original instead. 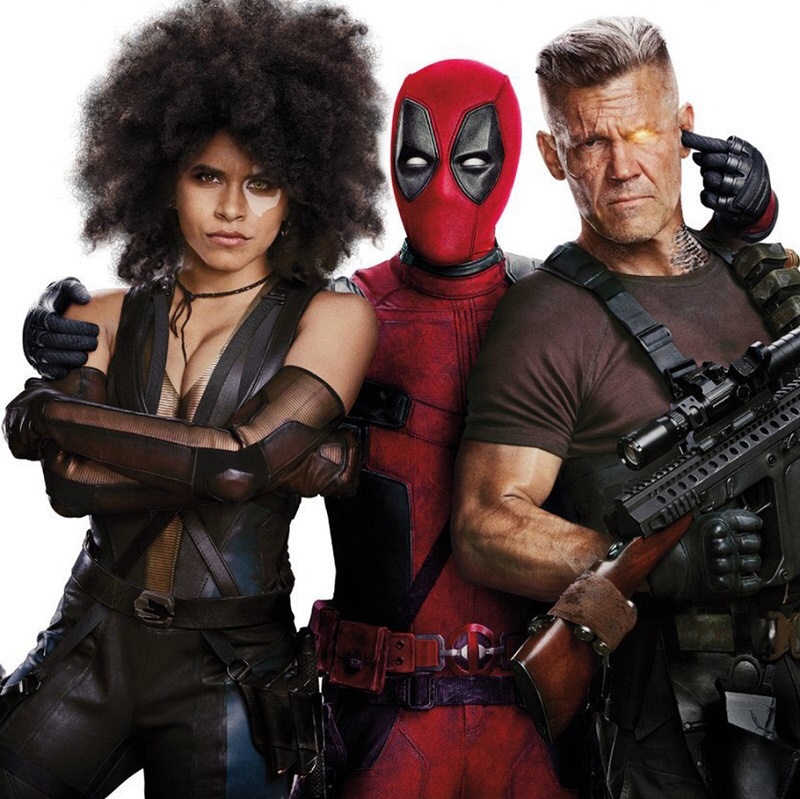 Either way I can’t fault the showcase’s ‘cinema de lux’ seating or the quality of the picture and sound.

It was a really nice experience overall and to be able to recline so far back and just chill out was awesome!

If you’re a tall person then this is a really good choice of venue.

(Thanks to my mate!)

In other news I have decided (after having a quiet word with myself the other day) that a rather militaristic approach to swimming that I’ve been developing over the last month is not the way forward.

I tend to notice quite quickly when I’m bleeding the enjoyment out of an activity because it quickly becomes all about an absurd competition with myself.

It descends into Davey vs Davey – which rarely results a winner.

I always want to see continual improvement that I can demonstrate to myself with stats – and when I am a little bit slower one day or feel like I have no energy I needlessly beat myself up.

The groups at Slimming World aren’t present when I’m walking or swimming and sometimes that’s a real shame.

I’ve long maintained that the power of the group is that you treat one another as friends and give support accordingly.

Gatherings of like minded people propel each other along with positivity.

We tend to succeed more often in groups (in my view) precisely because of that.

There are times that we all need an advocate to highlight the positive aspects of everything we’ve achieved rather than being left with what can often be our own internal monologue.

The flip side of being determined and driven (which is a good thing) is that it can often result in being very self critical (clearly a bad thing).

The truth of it is that I think I’ve reached my own little (at least for the time being) plateau with swimming – because I’ve found that grinding out ever increasing distance at continually higher speed is having some negative side effects.

So I’ve decided to make a mental pivot.

My emphasis will now shift from speed and distance to instead maintaining a constant speed and swimming for 45-60 minutes at a pace that feels comfortable.

The objective here is NOT to become an athlete – and I’ve never felt I needed to be an iron man slogging through mud with a log strapped to my back.

All I’ve ever wanted is to have a life that’s naturally filled with activities and my approach to losing weight and being fit for life so far has enabled that.

In short I can’t imagine my life without it – and that’s just the way I like it.

I’m far more likely to be this way forever if I can build a range of such structures into every single day.

The other great thing about having several enjoyable exercise activities is that I’m always covered in case of injury.

I want swimming to be another string to my bow and constant in my world. As long as I keep it at a sensible level I’m hopeful that it will remain this way.

So this is the (current) plan.

I think that around 50 25m lengths 4-5 times a week is the way forwards, because mentally it seems to me like this is not only easily achievable – but it’s enjoyable, takes less than an hour, doesn’t leave me too hangry afterwards, keeps a good cardio rate up and also burns a really great amount of calories. 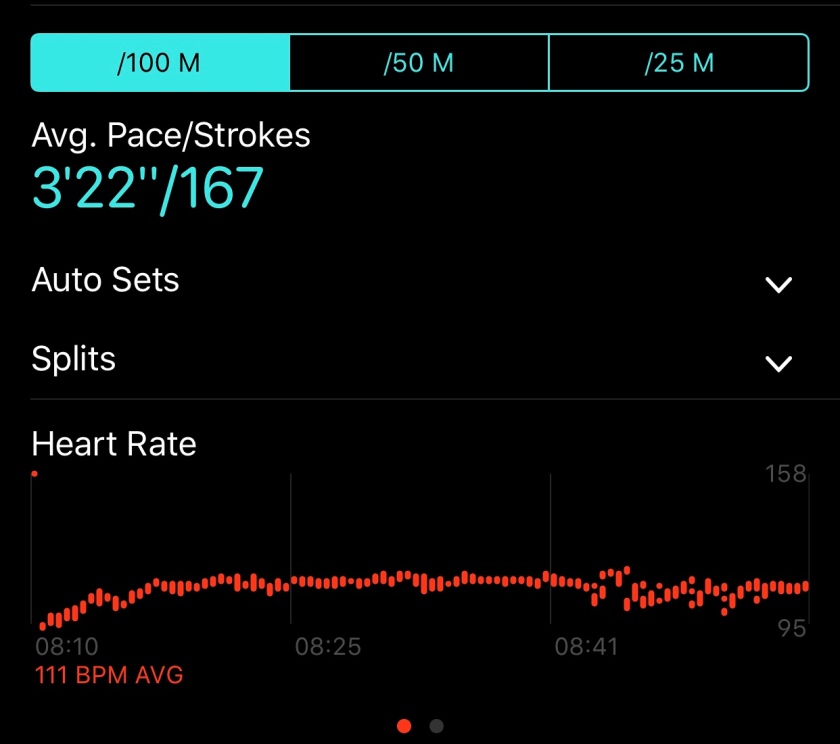 December is still shaping up to be a great month for activity either way – and I’m determined to keep the average up.

I doubt it will come as a surprise to anyone that I’m still very keen to keep an eye on my stats! 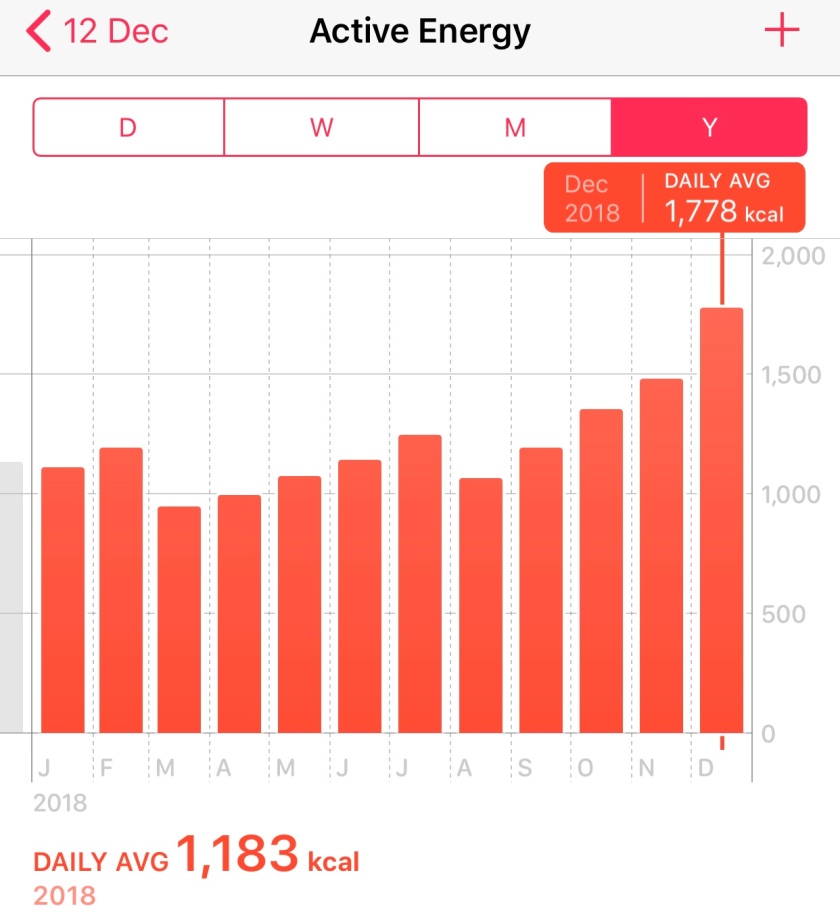 Anyway – I must get on internet. I have a whole bunch of things to accomplish today and sitting here nattering to you guys isn’t getting any of it done!!!