‘It’s all about batteries…’ my friend said.

She checked her rear view mirror, indicated, overtook the car in front and after doing so merged back into the left hand lane.

I looked at the sky.

It was starting to rain and there were spots of water on the windscreen.

Batteries… Right… Not sure where she’s going with this…

‘When you’re down and you find that one area of your life has flat batteries you can draw on other areas that have fully charged ones.’

‘They keep you going.’ She said.

‘…but the problem is that if you have flat ones in other areas too then there’s no power anywhere and that’s when you start to feel run down.’

Maybe she had a point…

We were on our way to the Peak District – but if I’m honest at the time it didn’t really matter we were headed. 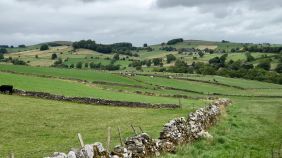 It turned out to be a fantastic day for walking – and while drizzly weather was a mixed bag at times it was mostly warm and breezy – meaning that the scenery could be experienced in its natural state (damp, cloudy and dramatic).

As delightful as the day in the countryside turned out to be (for me at least) it was pretty immaterial – because although we both love the outdoors we go on our road trips for another reason entirely.

We’d been looking forward to the day out because it meant that we could get some completely uninterrupted twalking time in.

It’s rare that there’s a moment of silence when my friend and I go away for the day together – and I often find insight is never far away as we chat.

I really needed it.

I’ve had a lot on my mind lately and the truth is that I’ve largely been hibernating in my personal life for a few weeks.

It wasn’t until this weekend that I chose to admit to myself that my behaviour has been out of character (for ‘new Dave’ at least) and took steps to address it.

Whilst withdrawing a bit hasn’t stopped me doing exercise and going about my life I know that deep down I’ve not been myself.

I’ve desperately wanted to shy away from groups of people (even those that that I know well) consciously restricted some activities or one to one interactions, found myself playing video games for the first time in many many months, bingeing on Netflix and YouTube and (possibly worst of all) making frivolous purchases of things I don’t really need to cheer myself up.

Then of course there’s eating.

Once more I’ve struggled to find an off switch – and no matter how much walking you do, if you eat huge amounts of (even healthy) food you’ll put weight on.

I know I certainly did – and at the moment I’m once again trying the best I can to turn around a crappy result on my home scales before I return to the ones at Slimming World on Saturday.

This is the second time in three weeks that I’ve found myself trying to turn things around and it’s a new phenomenon that I could really do without.

Maintenance came easy to begin with – but it isn’t at the moment.

Maybe a few months ago when I hadn’t experienced the very public success that came out of the blue in the Man of the Year competition I might have felt differently – but now all I can think about is not only a personal failure, but letting other people down too.

To underline this even the Slimming World app is a stark reminder that I can’t log onto the website to look for recipes without being reminded of it. 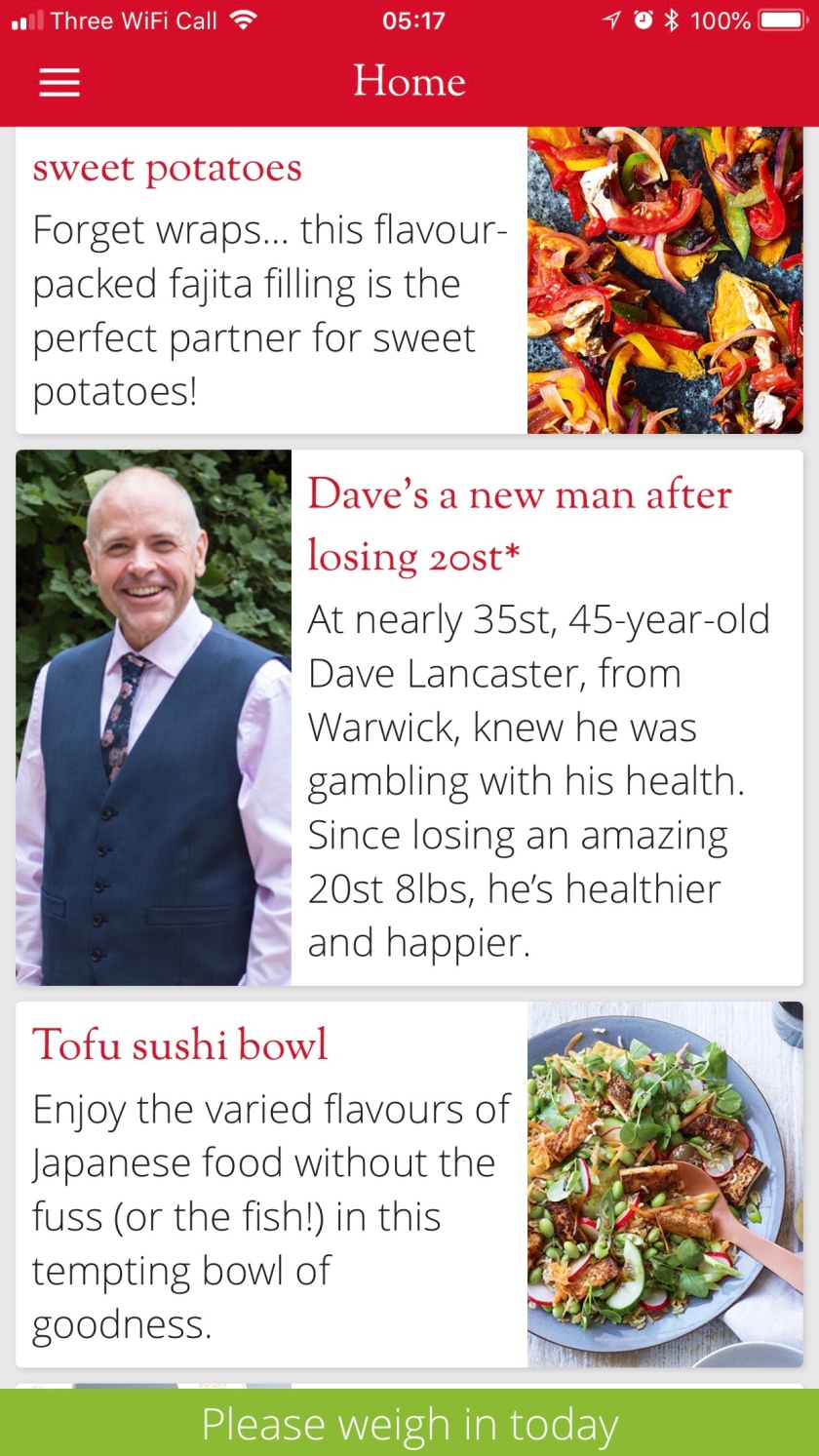 So – although my silence over the last week has been for multiple reasons other than this I guess I have to admit (once again) that I don’t have all the answers in life and that despite trying to be a role model that champions continuous attendance – last week I couldn’t face going to group.

The whole week before last Saturday was definitely off plan and I really couldn’t bring myself to face the music.

That’s not to say I ordered a pizza or stopped off at the kebab shop – nor did I buy or consume any alcohol or demolish several tubs of Haagen Daas.

Almost no crap passed my lips.

In my diminished frame of mind I was still eminently capable of emptying my kitchen cupboard, fridge and freezer though.

All of them are now largely bare thanks to a concerted effort last week to soothe an imaginary vacuum inside me, created by emotion.

Unsurprisingly it proved to be absolutely impossible to fill up with food and frivolous purchases or Netflix.

Furthermore the realisation that two and a half years into my Slimming World journey I still have the capacity for epic self sabotage frightened the hell out of me and at the time it pushed my mood even further down than it was before.

However – I know I’m being cryptic.

There’s a real tension between my social media life ( where I’m intent on being absolutely honest about how I feel – which is very important to me) and being open about why I feel that way – because while I’ve chosen for much of my day to day experience to be very public there are some things that just can’t be – leaving me in a situation that’s difficult to reconcile when I write.

So for the moment this is as honest as it gets.

I’m out of target at the moment.

This is my current weight and a few days ago it was a few pounds more.

I might have won a competition – but in common with the vast majority of other people that read my blog – I falter and stumble just like everyone else.

The main difference between who I used to be though vs who I am now is that while for a brief period I may be filled with hopelessness and doubt I know that I can change things in a positive way for myself when I decide to lift my head because I’ve done it already.

It doesn’t matter how many times I stumble because that is not the measure of me or anyone else in life.

I’ve seen this time and time again in social media feeds from other Slimming World members and just like some people look at me for inspiration I too look for it in them.

It’s never far away – and I find it in both from fellow members and close friends.

So – some of my batteries may be depleted internet, but you can be assured that I’ve taken all the necessary steps that I feel are needed in my life to kick start their re-charge cycles.