Rather unexpectedly I found myself in Germany last night.

It’s not what you think though. I’m not all of a sudden more widely travelled. Instead of me going there, it came to me when a friend messaged me to highlight that content from my Facebook account had appeared in a German news article. 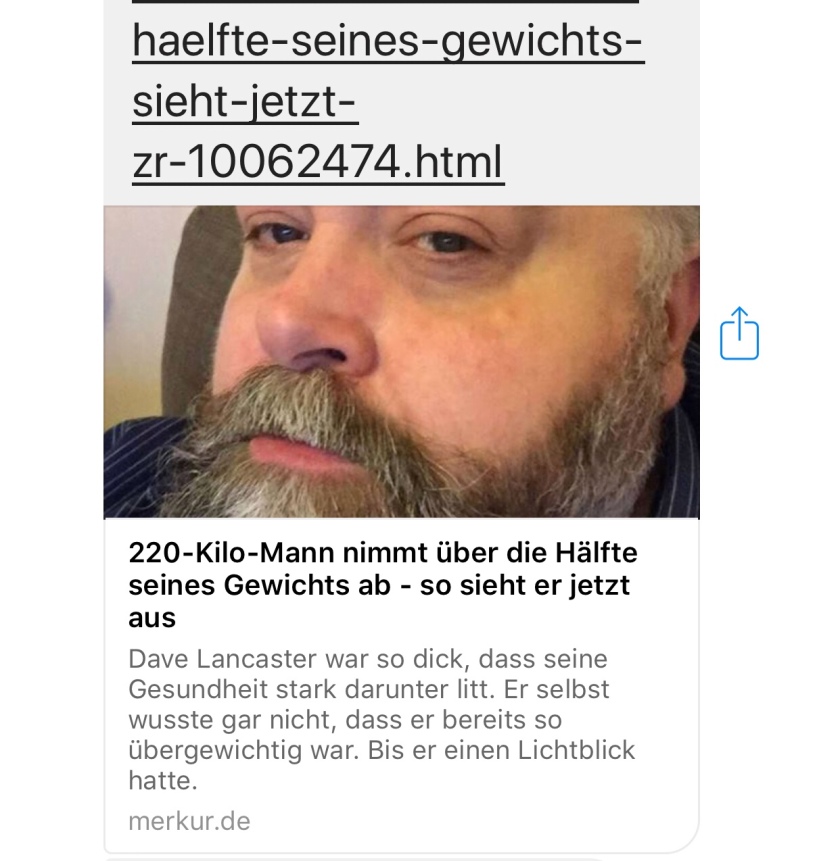 It’s a valuable lesson – as I thought my social media profile was watertight.

It did leave a wry smile on my face though.

One cant help but love an article about you that starts with ‘Dave Lancaster war so dick…’ and this was primarily the reason my friend pointed it out.

Not being a German speaker though I ran the opening paragraph through Google translate (which is always good for a laugh):

Dave Lancaster was so fat that his health suffered greatly. He did not even know that he was already so overweight. Until he had a bright spot.

I had a bright spot.

Now I am no longer dick.

Aside from The German press’s rather blunt description of me and its unsettling use of my social media profile I was more surprised by their choice of pinched photo – because clearly beards sell stories in Germany.

There were several others that they could have opted for – but this was the random one they picked. 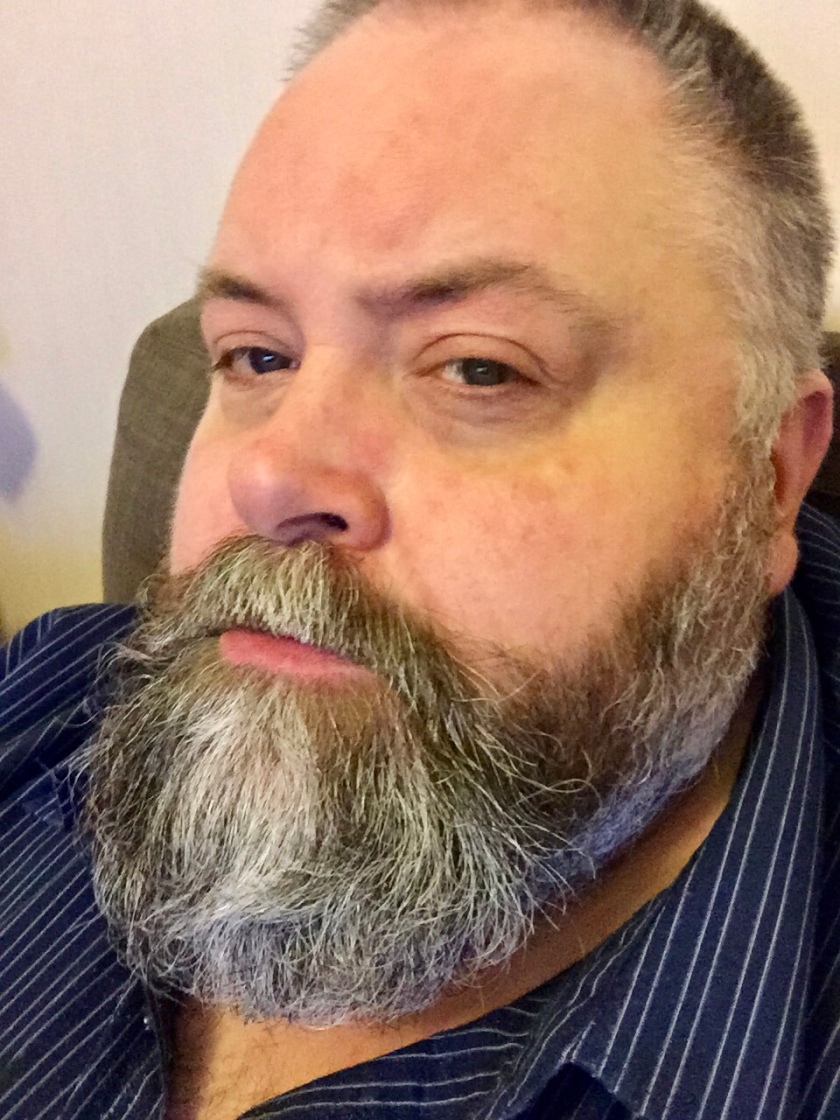 I must say – it’s been a while since I was this hairy.

In retrospect it’s pretty impressive plumage by anyone’s standards – however I know the real reason that it existed – and it wasn’t because of my love of cricketing legend W.G. Grace.

The truth of it was that shortly after I split with my girlfriend (who had a no facial hair rule) I simultaneously rebelled and started to hide.

I did this partially because I could finally grow a goatee but unbeknownst to anyone else I mostly nurtured it because I thought it would hide the fact that my face was getting fatter.

In my state of denial I genuinely thought it worked for a while too.

It was the perfect crime.

No one would ever know the truth – that underneath that goatee I had a fat face.

Things got more difficult to hide as time went on though. Soon a goatee wasn’t enough and only a full beard would do. 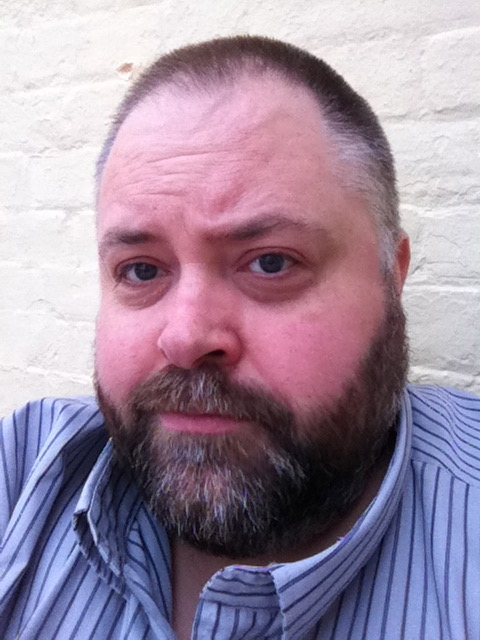 It’s nice to look back on this and think that it doesn’t matter any more though – because currently I am what I am now and the past is gone.

Thankfully because of this what the press says has little impact.

That’s just as well – because Fox news in the US has no beginning to their sensitivity either (link).

Clearly struggling to remember my first name throughout the shockingly poor grammar of their article they instead chose to utilise a flattering visualisation to enlighten their Trumpian audience to the reality of my condition.

‘Lancaster, who at his biggest struggled into 8XL shirts and had a 66 inch waistline, now weighs a much healthier 196 pounds and has even reversed a diagnosis of type 2 diabetes. He was forced to take action two years ago after his weight – which was more than an adult Pygmy hippopotamus – left him suffering a long-list of painful health complaints.’

I remember all of this from when I was fat.

It’s all very amusing and I’m quite resilient to it now – but back then it practically destroyed me. When combined with my physical difficulties getting about it made me an almost total recluse (link) (another link).

The thing that gets me is that people who are still overweight go through this kind of crap day in and day out.

I’ve agreed to be put front and centre in front of all this. I’ve made the decision to take abuse if it comes my way because I want to show that there’s a better way and that you can succeed against the odds.

On a personal level I also want to be immune to such things and truly exorcise those particular demons of the past.

In many ways (although not all) those particular ghosts are now largely laid to rest – and the casual insensitivity doesn’t really matter.

Back then though it would have – and I bet for many others it still does too.

Such things in those days would probably have caused the very impulses that created the problem to kick into gear and I’d have tried to cope with the pain by doing all of the wrong things in life like eating, drinking or smoking.

If you’re in that boat the truth is that you shouldn’t lose weight because of people that talk about you like a freak or talk down to you – because that’s the wrong reason.

Sure – it may be a catalyst for change and that’s good – but the motivation should be to do it for yourself.

The only reason you need is to be able to look in a mirror and know that because you decided to you’re getting better, each and every day.

You’re slowly re-emerging into the world and becoming incrementally stronger with each difficult step you take.

Progressively things will become easier, your self respect and resilience will grow and you will not just metaphorically, but literally begin to stand on your own two feet, without the need for support from any addictions that have previously diminished you.

Whatever makes you start, if you want a reason to go on, maybe you should just do it to be better – and because ultimately you need to remember how to love yourself.

Or (just maybe) internet you need to learn how to love yourself for the very first time.