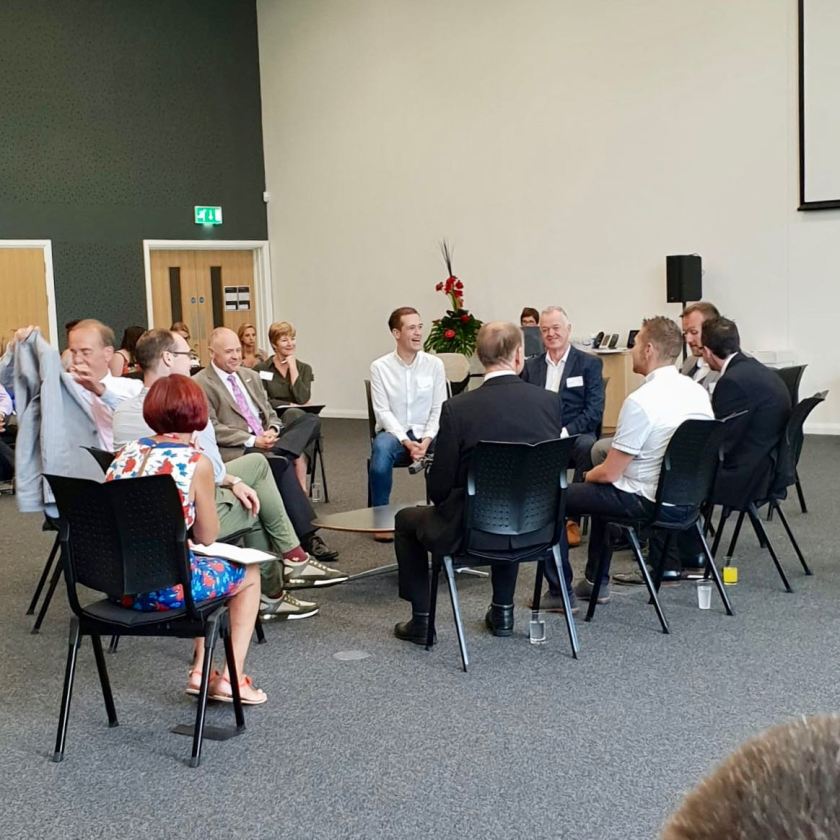 I’m sitting outside a pub in Warwick with a cold Diet Coke in the fading light of a summer evening reflecting upon the past week. It’s about 9pm.

I won’t be able to post what I’m writing now until late on Friday – but it’s occupying my mind so much that if I don’t at least begin to pour it out onto a page I think I’ll go quietly nuts.

In the last post on this topic I wrote regarding the events of Sunday 8th July at Slimming World HQ and I pulled up short. I couldn’t tell you all that happened at the end (sorry!)

(Make sure you read part one before continuing – link)

After we were called back upstairs there was a presentation. The seating had been completely rearranged and now there were around 100 seats in a semi circle surrounding another 10 in a closed circle.

Around the inner ring were another 3 seats for judges (facing into the circle of ten) and a table in the centre with a small directional microphone. I was a little late because I’d been pouring a coffee from the slowest Nespresso machine in the universe.

I hurried to a vacant chair in the audience with Angie and sat down.

The presenter then explained what would come next.

At this point (maybe because of nerves about being a little tardy) I misheard what was happening. One by one we were all called out, and invited up to the front of the hall where a semi finalist award was handed out to in ascending alphabetical surname order.

My impression at the time was that if I was getting an award then I was going home – and when they reached ‘L’ and called my name I stood up with pride and collected it (and a trophy) with a smile. 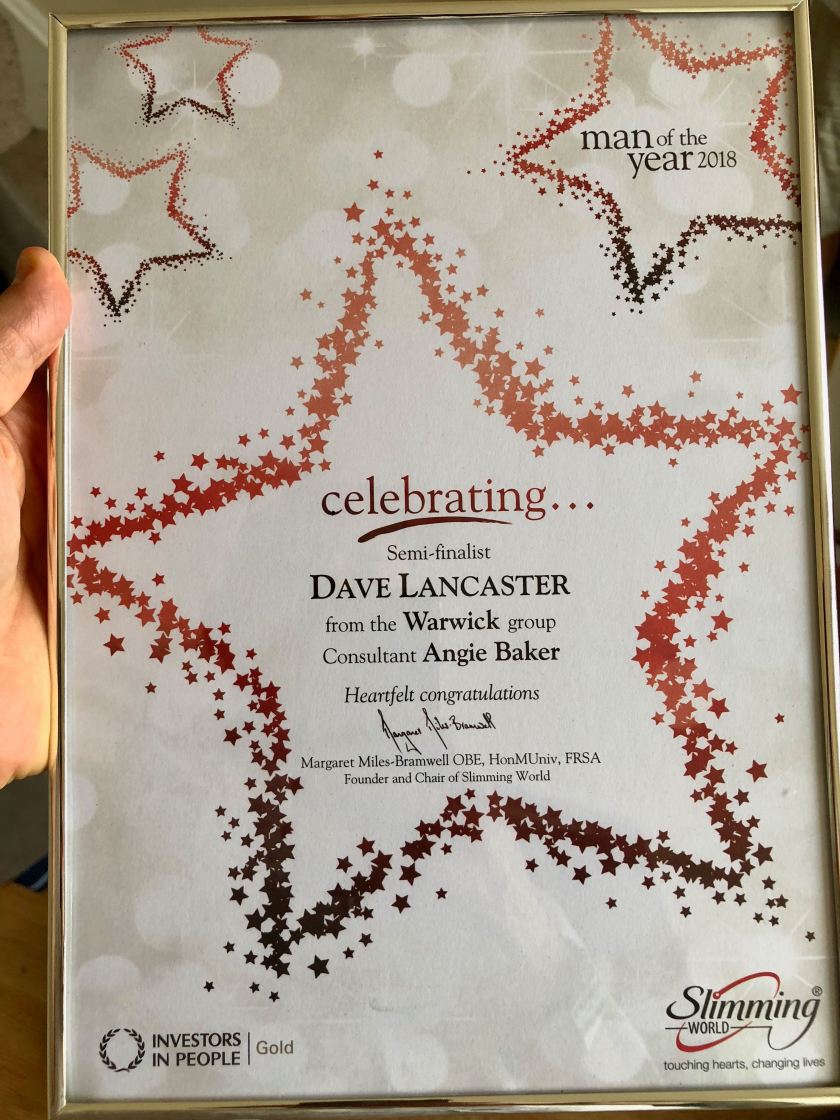 It didn’t matter that I hadn’t got into the final.

It was more than enough. It had been a great day and I was just happy to have been there.

I smiled at Angie – saying as much.

‘Everyone gets that. Now they announce the finalists!’

‘Next…’ Said the lady at the front of the hall with the microphone ‘…we will announce the finalists in district order.’

Angie and I laughed. This was really tense.

We decided to take a (completely not staged in any way) selfie to mark the moment. 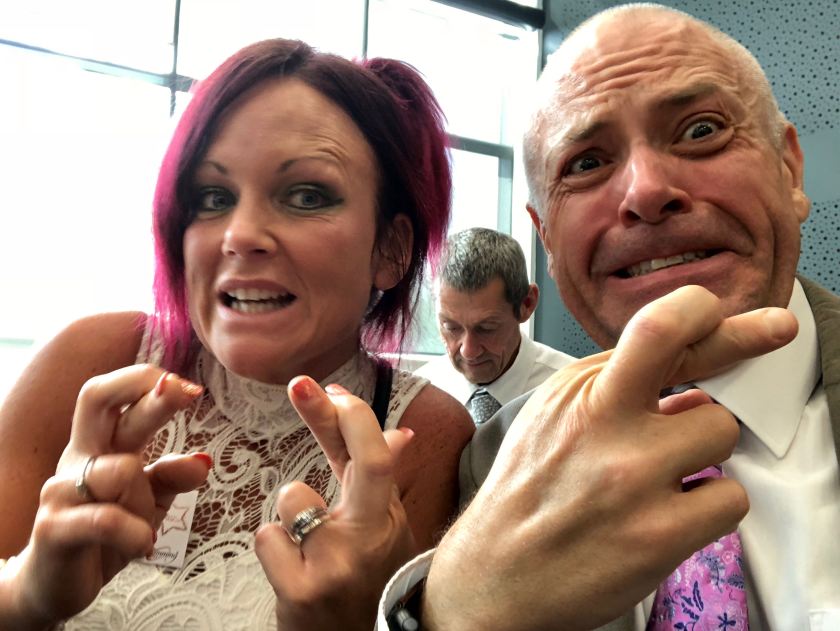 This was nail biting stuff.

One by one the names were called. There would be two picked from each of the five semi final groups.

The roll call began, and people started getting up to a round of applause and moving to the front. Very soon a guy from the group that I was in was called out and he moved to the front of the room.

I couldn’t call it. I expected one chap from my original nine in particular to be called because I felt his story had been really inspiring (honestly they all were) yet surprisingly he had remained seated.

Now there were a lot of men standing up and alphabetically we were getting very close to W.

‘…and from Angie Baker’s group in Warwick – David Lancaster!‘ Came the words.

Angie squealed with excitement next to me.

I was a finalist!

I gulped my coffee and headed to the front where we all lined up for a photo and said our hello’s to each other. 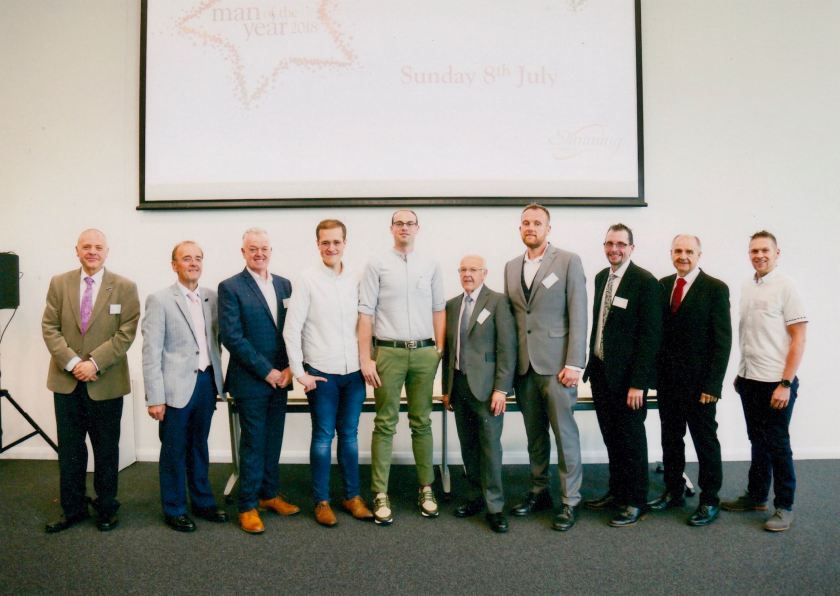 After this was done we sat in a circle to once again tell our stories.

This was a little surreal – because only an hour or so before I’d been seated in exactly the same seat and had been about to tell the exact same story. This time though the judges were different and we had an really large audience.

An envelope was passed around and I drew out a piece of paper. It had a single number six on it.

I would be sixth to talk to the circle and audience.

I looked around me. No-one had any cue cards out and my mind was blank.

What did I do? Should I take mine from my jacket pocket – or just talk, and try to cover everything as best I could?

I looked at Angie – but she was focused elsewhere.

I listened to the other guys as they started. I’d only heard one of the stories before and the rest were jaw dropping. Just like in the first round I felt and understood every single little bit of the adversity these men described. It was like I had been there with each of them as they described their journeys.

Then the fifth man finished.

What should I do?

Cue cards or wing it?

I decided to go without them. I’d rehearsed my speech over and over – and I’d only once managed to fit it into the five minute time limit so it didn’t really matter anyway. The fact that I couldn’t remember it or the order in which I’d originally presented it was probably a bonus.

I knew the story. I’d been writing about it for two and a half years.

All I had to do was talk and be honest.

I’d tell you what happened next (and I’m not joking) this five minutes is pretty much a blank. I still can’t remember what I did or didn’t cover (apart from what I started and finished with) and I have no idea whether I missed a lot or managed to fit it all in.

I don’t even remember Angie walking around with my boards. 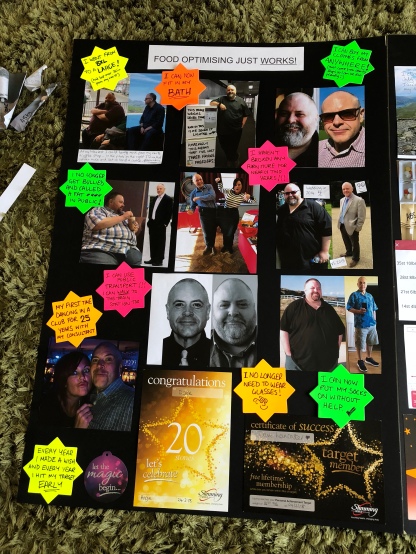 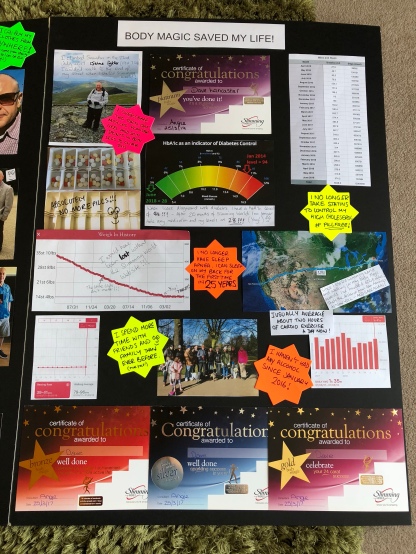 I do remember that a judge asked me a question but I honestly can’t recall what it was about or how I replied. The whole thing’s still a blur.

The one thing I was certain of by the time it was finished though was that I’d not won.

There were simply too many people with incredible stories from backgrounds and careers that seemed like they would lend themselves really well to being Man of the Year. I could virtually see the headlines for each one of them in my mind – and as we walked out I said as much to Angie.

Each one seemed perfectly made for the award.

Again – it didn’t matter though. If I didn’t win I wasn’t going to treat it as failure. It was still a valuable learning experience and I’d come a long way to stand where I was at that moment in time.

I mean – who gets to go to not one – but two events (the previous ‘Greatest Loser’ one where I came 3rd is here) like this their lives?

I felt like I’d come from nothing – a man wanting to die and seeing no way out of a life he couldn’t control any more – to telling my story in front of a huge audience after losing over 20 stone in body weight.

I wasn’t going to look at it negatively – I’d already won because I had my life back.

The call came to go back upstairs, and once again I grabbed a coffee, sat down and listened to the closing speech.

When I sat with Angie during these moments I learned something new about her. When that girl nervously holds your hand and squeezes things begin to pop. I very much doubt that any pickle jar is safe in that lady’s house because she has the grip of a WWE wrestler – and boy was she bringing it to bear.

As the speech continued and there were multiple occasions for applause she let go, clapped, and then re-applied the grip.

Then, after several releases, applause and re-clamping the final words arrived.

‘…and now the name of the winner is…’

All air left the room and there was complete silence. You could hear a pin drop.

I started welling up, and looked at the floor.

The entire room was applauding. People patted me on the shoulder from behind and I finally stood, flinging my arms around Angie.

We we both in tears by now. 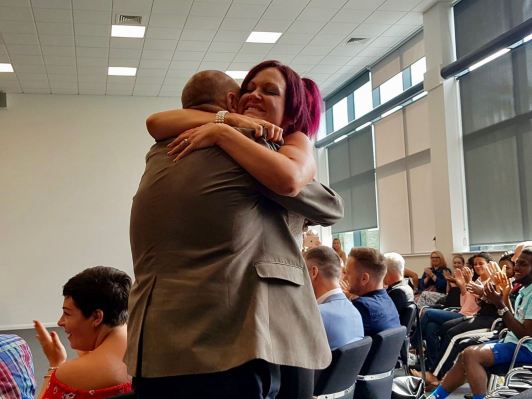 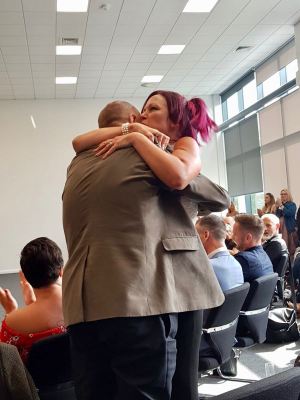 As we eventually walked up to the stage I realised that we’d both have to say some words, and I really didn’t know how to articulate how I felt.

Words seemed so insufficient – and for once I was momentarily speechless.

I shook everyone’s hand and then said (what I felt was absolutely true) that everyone in that room had won already. They’d given themselves and those that loved them another chance at life. By following the plan, persevering and through sheer force of will they had returned years to their lives, and those would be happier and more productive ones.

When I held up the winner’s envelope I was really holding it on their behalf and I didn’t want a single one of them to feel like they hadn’t made it. 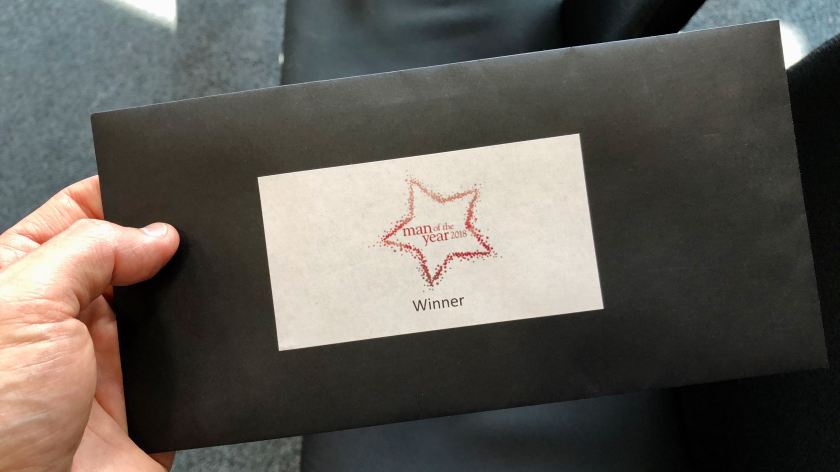 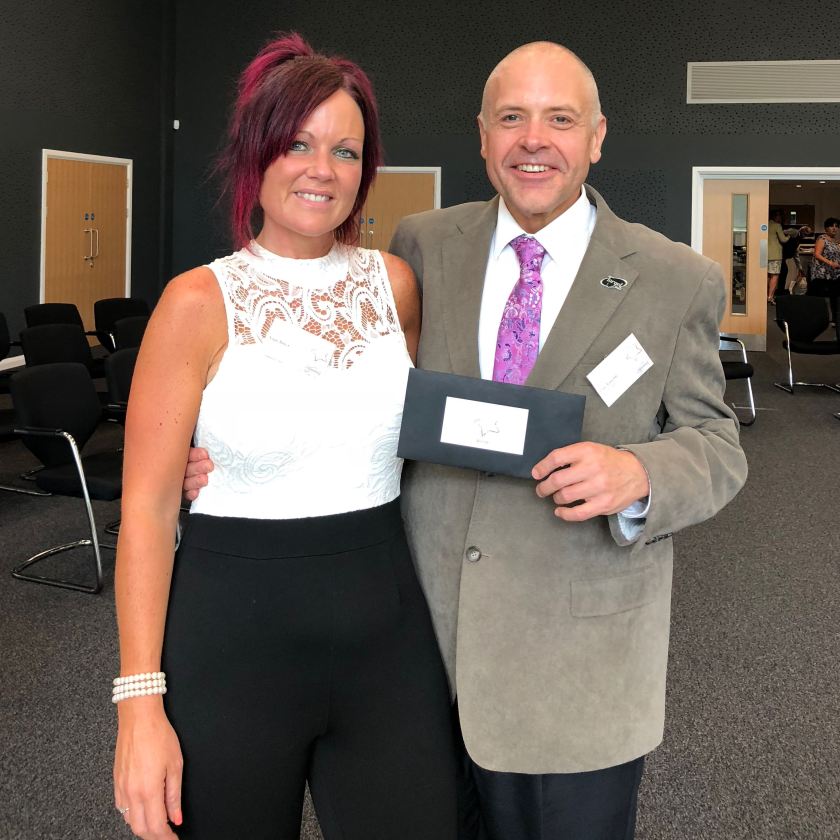 Again at this point things seemed to blur.

Angie also said a few words – and just like me she was fighting back the tears. It was just as hard for each of us to listen to the other without welling up. We’d meant an awful lot to each other along the way – and you don’t find people that touch your life like this very often.

This was a special moment.

For both of us.

After the presentation people milled out of the room, an absolutely gobsmacking number of them came up to hug me, shake my hand, pat me on the back and congratulate me.

It was all absolutely overwhelming.

Once this had finished the PR people arrived – and began to talk to me about the next steps (which I’ll save for other blogs because that’s a whole other set of stories!) and usher me downstairs and then outside for some personal time with the photographer.

For the next hour I was treated like a celebrity. One pose followed another pose until my jaw quite literally ached from smiling. 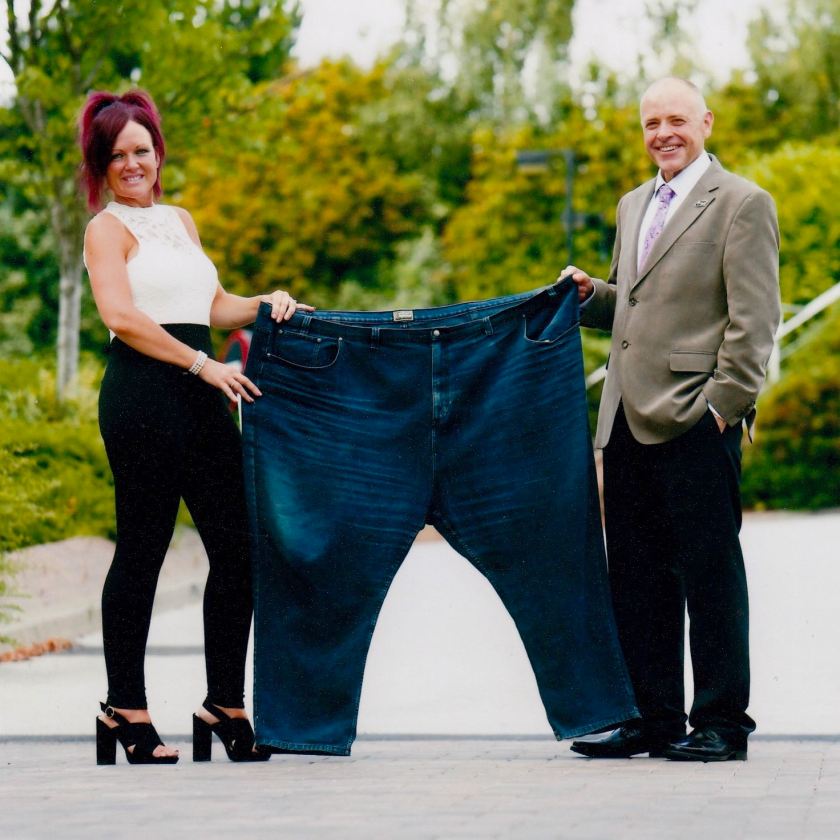 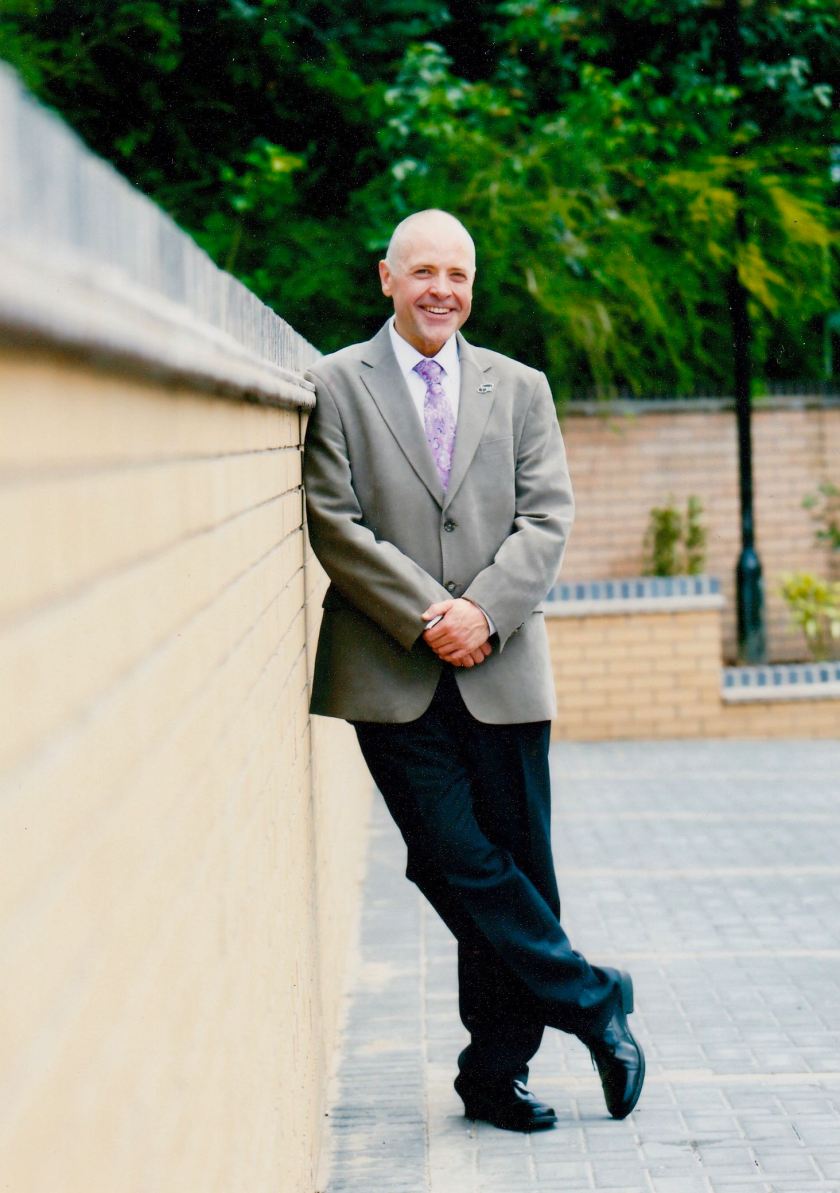 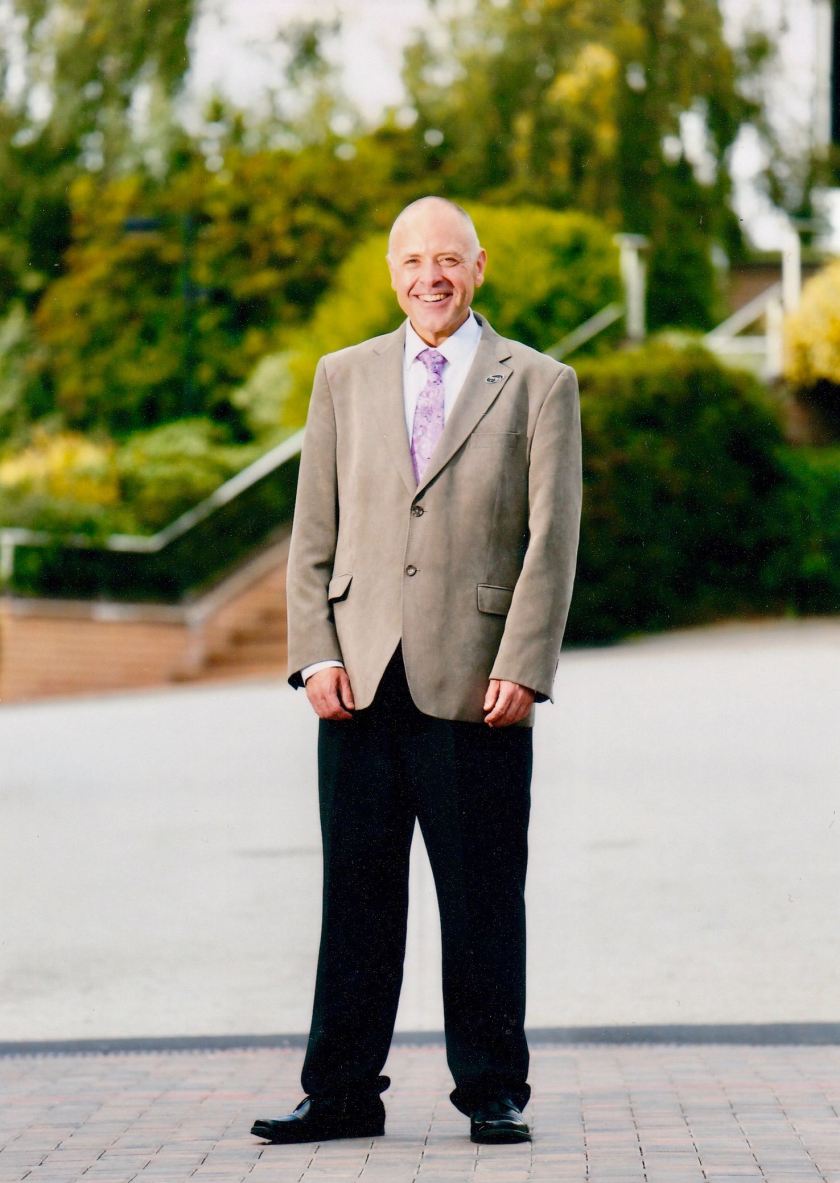 Once this was finished there was a strange silence, and eventually after we’d all exited the now empty SW HQ a barefooted Angie and I walked back arm in arm to the car. In her left hand swung a pair of black high heels.

It had been a LONG day and our feet were tired.

Neither of us could believe it – but we’d frikkin won the Slimming World Man of the Year 2018! It was also the very first time our district had taken home the title, which made it doubly sweet from Angie’s perspective. It’s quite a feather in a consultant’s cap and she richly deserved to be recognised.

For my part as I drove us home and we texted or called to tell expectant friends and family about the news I could barely believe what had transpired.

I was convinced in 2015 that I was meant to die early – alone and morbidly obese. Yet against all odds the opposite had happened.

I’d turned what I felt was certain mortality into a fighting chance to live a long and productive life that has a future completely wide open and filled with possibilities.

The coming weeks and months will begin to show just how much though – because now I have to live up to the responsibility of this.

I’ve essentially agreed to be a role model – and I have to speak from the heart when I’m asked about how I did what I did because this isn’t just about me anymore. It’s about everyone still undecided about whether to take their first step to join a group or try alone to improve themselves.

I want to be a positive and energising representation to them of what effort and determination can achieve.

I want to be the best version of me I can be.