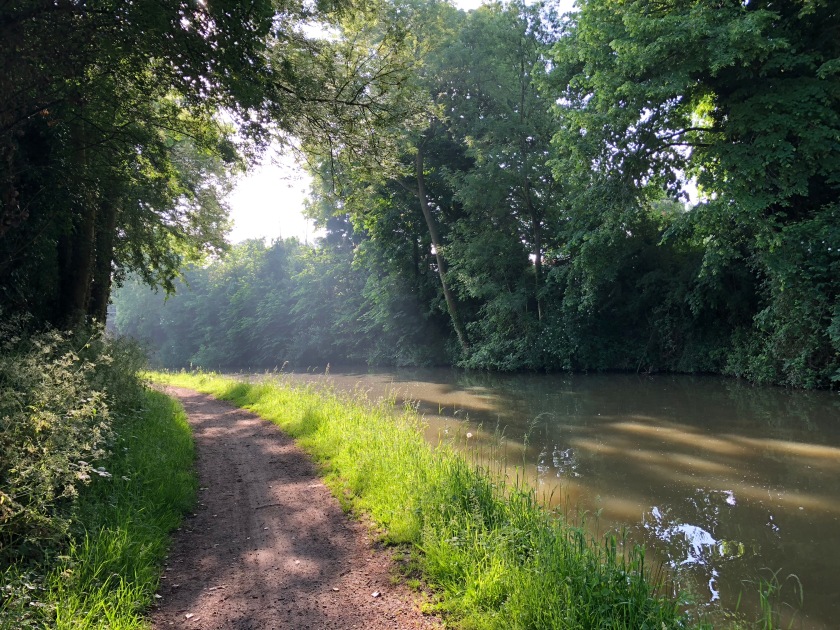 Occasionally something happens at just the right moment in time – and at precisely the juncture that it’s needed in your life to remind you why it’s worth doing something that you feel passionate about.

Some time ago I was nothing but a consumer – and there was nothing about my life that included an act of creation. I created this blog to understand myself better and in part to document the search for the mythical ‘thing I loved doing’.

It terrified me that not only could I not resolve the question in my mind at the time – but that I didn’t know how to begin the process of finding an answer.

Ironically – whilst searching for this within its posts – I realised that the blog itself was the answer and it’s why I write it so frequently even now.

I love writing it with all of my heart and when I click ‘Publish’ it’s like I’ve plucked a little feather from my side and sent it careering out into a strong breeze.

I never know where it will land or what it will do.

I don’t know whether it will come back now, or later – or at all.

The act of creation is enough.

I’ve often wondered about the impulse to write though.

The difference is subtle – but (at least in my mind) the former is an exercise in eloquently pouring out the why – whereas the latter is a need to be read by others, become relevant and maybe also to be accepted.

I don’t want to write solely because I want other people to read it (the purist in me thinks that is pure vanity) but I’ve come to learn that it has to be part of the process.

After all – if you don’t know whether you provoke feelings in others what’s the point of life?

Touching lives in a positive way is what we should all strive to do. The world is a better place if we try to send good thoughts and actions out into it.

So – the thing I’d found and realised I loved became something I wanted others to love too and then (as I improved my health) morphed into a tool to be a positive force in the world.

It’s only a tiny blog and it hasn’t cracked the atom or discovered a cure for cancer – but occasionally I find that it has changed someone’s life for the better – even just a little bit.

This makes everything worthwhile and actually makes me want to cry a little right now because it’s so far away from who I used to be.

A little while ago I wrote this (slightly angry) post about type two diabetes.

In it I talked about a programme I’d been watching and my own struggles (and subsequent success) with reversing the condition in myself.

People occasionally keep coming back to my old posts and leaving comments – and tonight I received this from a wonderful reader. 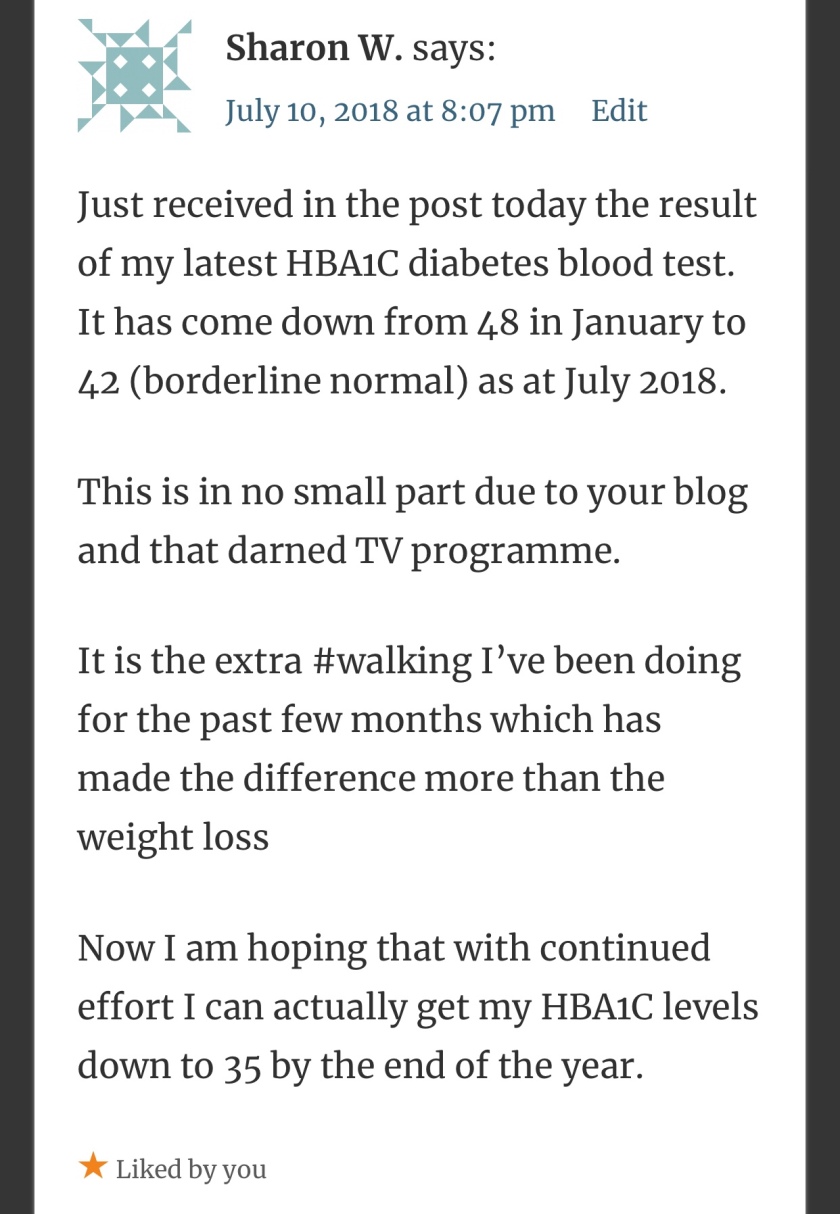 So – as I lie in bed typing this before I fall asleep I’m reminded that there’s a realpurpose to doing it.

My journey started with trying not to die like my mother.

It began in the midst of pain and loss, and a lack of personal awareness. Now it’s enabled me to make a positive difference in other people’s lives and because of that I’m now crying as I write.

I have tears not of sadness – but absolute joy.

Instead of playing video games whilst drinking myself to death I helped by putting myself out there.

Even if it’s just a little bit.

Maybe that little bit will turn into a lot – maybe others will also make similar changes that will affect their journey through life in a positive way.

Maybe that ripple will become a wave.

I really hope so.

Thanks for reading internet. You’re the absolute best.