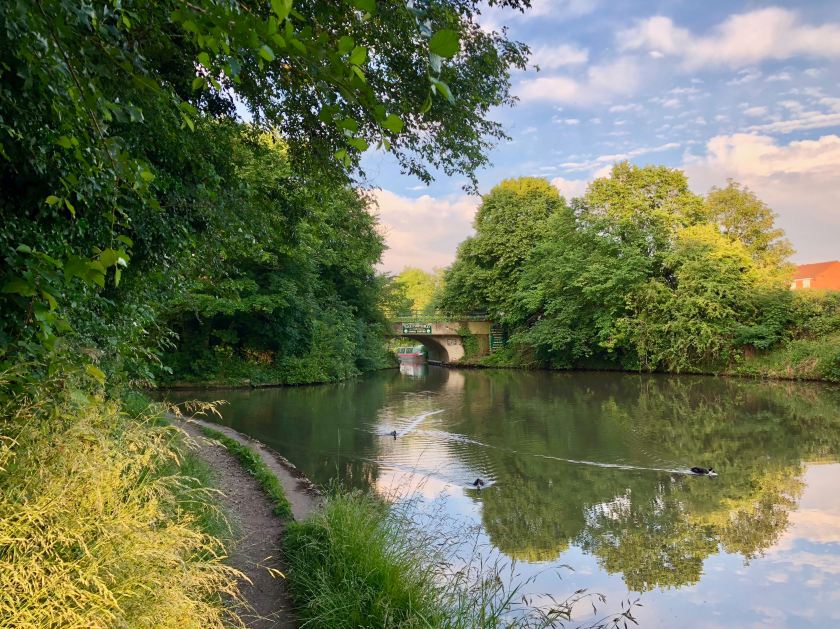 It was a balmy day yesterday and although there was initially no direct sunlight it was quite hot outside when I set out in the morning. Regardless of this though even before the clock hit midday it had already been a great Saturday because (finally!) a really worthy guy got the recognition that he deserved in our Slimming World group.

Although it’s been really nice to get certificates and mentions for all I’ve lost it’s definitely time to hand over the reigns to another man in our group – and one regular in our 10.30 Saturday session really deserved a mention – getting my vote and winning our man of the year award, along with a swanky red tie.

Currently he is at his lowest weight for over 30 years and he’s no stranger to these posts. I’ve mentioned him recently in passing beforehand in my because he’s managed to reverse his type two diabetes.

This makes me so pleased it’s hard to find the words, and when he eagerly told me about it some weeks ago I actually had a lump in my throat – although I never let on.

I wish the world would wake up to the reality that this condition can not only be fixed if you work hard enough – but that if you’re conscious of your food intake and levels of exercise then you never have to suffer from it in the first place.

Our winner was previously taking medication to counteract his high blood sugar for five years before the point that he stopped so I know from personal experience how incredible it must have felt for him to get the news that it could be completely withdrawn.

He hasn’t done this alone however.

He joined because his partner had been told by her doctor that she was at serious risk of health complications unless she took action. In an act of solidarity they both joined Slimming world so that they could motivate and inspire one another.

The’ve managed to not only do that within the confines of their home – but in the group too. Both he and his partner are now healthier and happier target members – proving what can be done when people join together and allow themselves to accept the support (and love) of others in a group.

For my part I’m still in target and currently near to the bottom end of my range again!

I’ve only got another two weeks to do and I’ll have successfully maintained for 1/3 of a year.

What was truly lovely this Saturday as well were all the hugs, well wishes and congratulations I received when I arrived a little early. The wonderful guys from the earlier session had all got together to fill in a really great card.

It was also a food tasting day yesterday so everyone was cheerful, relaxed and nibbling on something nice as we chatted about how the week had gone. 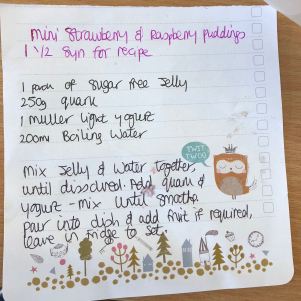 (I completely forgot to take any pics of the food – I took a chilli con carne – but I did take some pics of the recipes that were particularly tasty.)

Good things had happened for good people. Everyone seemed to lose weight this week – and for those that had maintained they also seemed to be happy and winning at life.

Consequently I left my group on a high, headed home and then off to a local outdoor festival to that three of the girls I work with had set up to commemorate their significant birthday milestones.

Just as I sat down in the kitchen to have a coffee before leaving a letter popped through the letterbox.

Well. I say ‘popped’ but what I really mean is ‘flew‘.

My postman seems to be very enthusiastic with his deliveries lately – and it practically sailed the entire length of the hallway spinning in the air before skidding along the floor in the kitchen about 6ft away from my feet.

This explains why it sometimes looks like a mail bomb has exploded in my hall when I return from work. He’s actually managed to skim my mail into the living room twice this week – which (if I’m looking for a silver lining) at least cuts down the distance I have to travel with it to read the contents…

The letter sitting in front of me bore a familiar logo… It was from Slimming World!

I opened it up.

Inside there were some copies of the photos that their official photographer has taken on the day! How cool is that!

They really know how to make a guy feel special – and this morning I scanned them so that you guys can have a look because I rather like them!!! 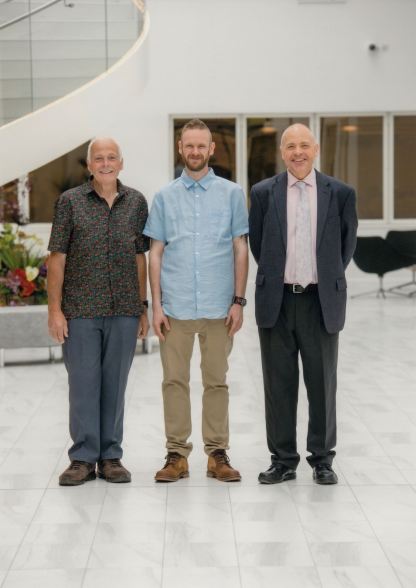 Although it’s often hard to be objective if I didn’t know better I’d never have said that the three three men in these photos represented a combined loss of almost sixty one stone between them.

How incredible is that?!

After looking at these for a little while I realised that time was marching on. The sun had come out now and I’d (of course) decided that since it was only a few miles away I’d take a walk along the canal to the party rather then drive there.

It was a nice leisurely three miles – which all counts toward my totals!

As always an excuse to walk along the canal is always a great opportunity to go birdwatching too – and (although I’m not 100% sure) I think I found the family of swans that I photographed the other week near Tesco.

If it is them, then it looks like (so far) all six of the Swanlings are fit and healthy.

The festival was a great success for the ladies that had organised it – and the day was full of live music and happy people.

Honestly – this is one of those times when a small part of me misses the easy social lubrication that alcohol used to provide.

Not because I miss the sensation of being drunk – but more because without it I have to face the nerves of meeting people in a social setting, and as much as I’m an outgoing guy in normal life – when I find myself surrounded by people sometimes nerves kick in.

By the end of the day I’d loosened up a bit however, talked to lots of lovely people and had a really good time.

(thanks very much to the organisers for the invite – it was a lovely day!)

By the time I left the light was slowly beginning to fade – and since I didn’t have a torch I wanted to make sure that I had time to get back down the canal before it got dark.

I think I could have probably left it a little later and still have been fine – but even so it allowed me to check out the birds and scenery in the wonderful warm light of a fading summery evening.

Sigh. I do love this little corner of the world in the summer. I can’t think of anywhere I’d have rather been yesterday internet…