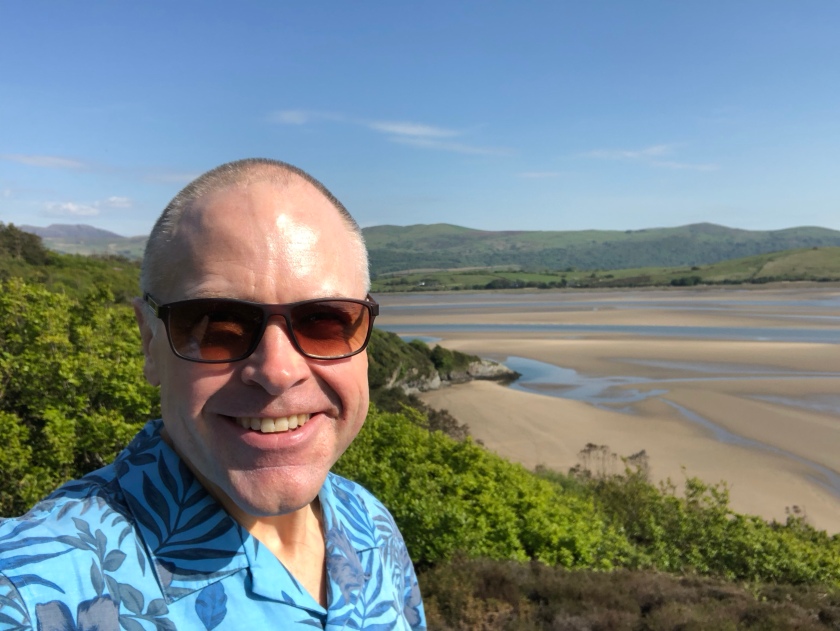 At the moment I’m in The Snowdonia National Park – and I couldn’t have chosen a better time to visit. At the moment the weather is absolutely divine.

It has (rather amazingly) been nearly a year since I was last here when I climbed Snowdon (link) and for some time I’ve been meaning to come back to this beautiful part of the world and explore it a little more.

If I’m honest I’d been wondering (now that I’m significantly lighter and a good deal fitter) what it would be like to do it again – and had toyed with the idea of climbing it once more.

However, after some careful consideration my companion and I (whilst driving down) decided that despite the wonderful weather forecast and the fact we’d packed all our mountain gear that we would instead do something different.

We resolved to explore elsewhere – and just let things happen by chance.

It seems that this is much easier to accomplish in this part of the world than most – and almost as soon as the words had passed our lips I misheard the satnav and made a wrong turn.

As I did so we happened to see a sign for Portmerion.

I’ve been there before – many many years ago – but truthfully I can’t remember too much about the event. I vaguely recall being with my girlfriend at the time and also that I was unfit and uncomfortable.

I didn’t explore the place much at all from memory – In fact if I’m honest I pretty much walked in and straight back out again.

What an idiot I was! This place is flipping incredible! 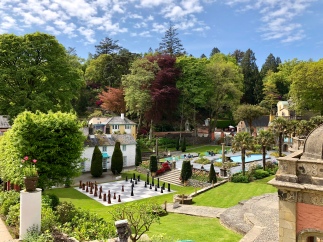 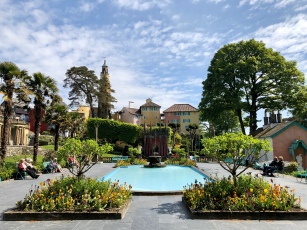 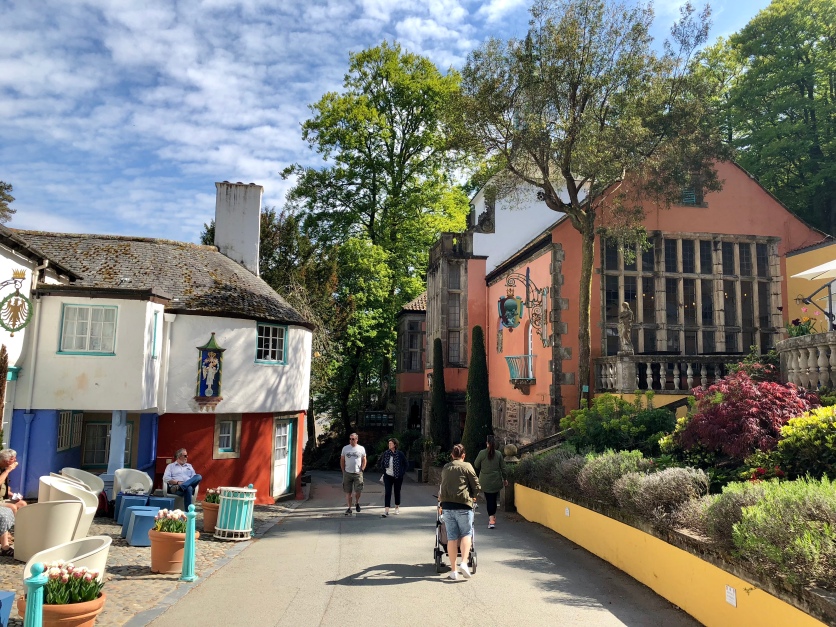 Designed and built by Sir William Clough-Ellis between 1926 and 1975 in the style of an Italian village it’s probably as visually unique as anything you’ll find in the country, let alone Wales – and on a superbly sunny day it’s fabulous little coloured houses absolutely sparkle!

It’s also well known as the set of ‘the prisoner’ and has a bust of its star Patrick Mcgoohan (who sadly died in 2009) a little way inside it’s main entrance arch.

I couldn’t help but take a selfie with him. Neither of us are a number!

Every time you turn a corner here your eye is drawn to some quirky little detail or eccentricity- and you soon realise that whilst this elegantly styled village is Italian themed it’s most certainly not exclusively Italian inspired.

William Clough-Ellis has wanted to create something that built both on and in unspoiled beauty – but that didn’t work against the natural landscape, instead using it’s surroundings to enhance both them and it.

Consequently one of the most appealing aspects of the structures here are the way that they seem to spring out of rock formations as if they’ve naturally grown from the protrusions. 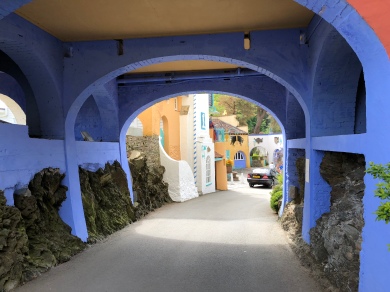 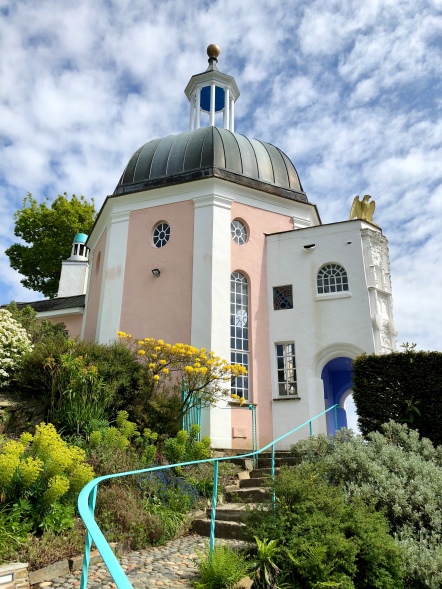 Every tiny little element appears to be framed in some way by another – and it doesn’t matter which angle you look at things from they all seem to cohesively work together as a whole in order to create an absolutely jaw dropping set piece.

Amazingly however this is not the end of it.

Much to my head shaking annoyance I realised (whilst we looked around) that heading into the wooded hillside were little formal paths that invited yet further exploration. 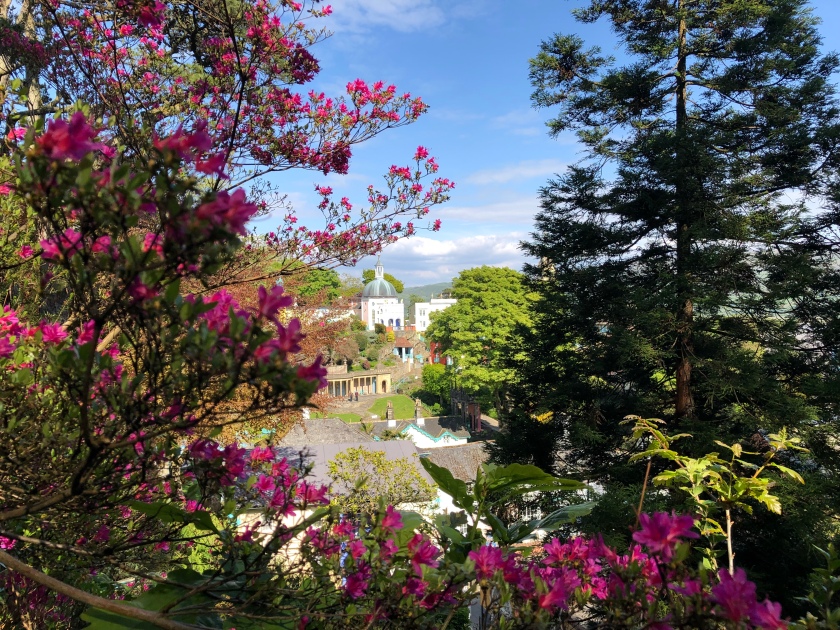 I was annoyed because this was yet another tangible example of my past limitations and world view.

I can get so frustrated with myself and get temporarily lost in a sense of lost opportunity when I find myself in such moments because I was unable to do or appreciate any of the things in the past that I do now.

I really wish I could have taken a trip back in time and kicked the old me – and made him realise that he needed to change but I can’t.

I suppose in many ways that’s a good thing – because if I had then I wouldn’t have ended up with the child like sense of wonder that I had yesterday as my companion and I explored the largely deserted woods on the hillside and investigated the little pagodas and viewpoints that (just like the village) seemed perfectly natural, yet also cunningly contrived to showcase a tree, pool, bush or rock-face in its absolute best possible light. 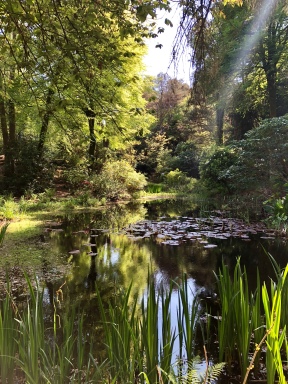 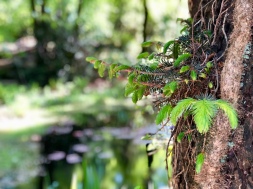 Photos of course can’t really do this justice.

Some however (I think) manage to capture how you can get swept away by the incidental detail of the place.

It’s really not hard to find yourself at one with nature and getting stuck into some spirited appreciation of it. 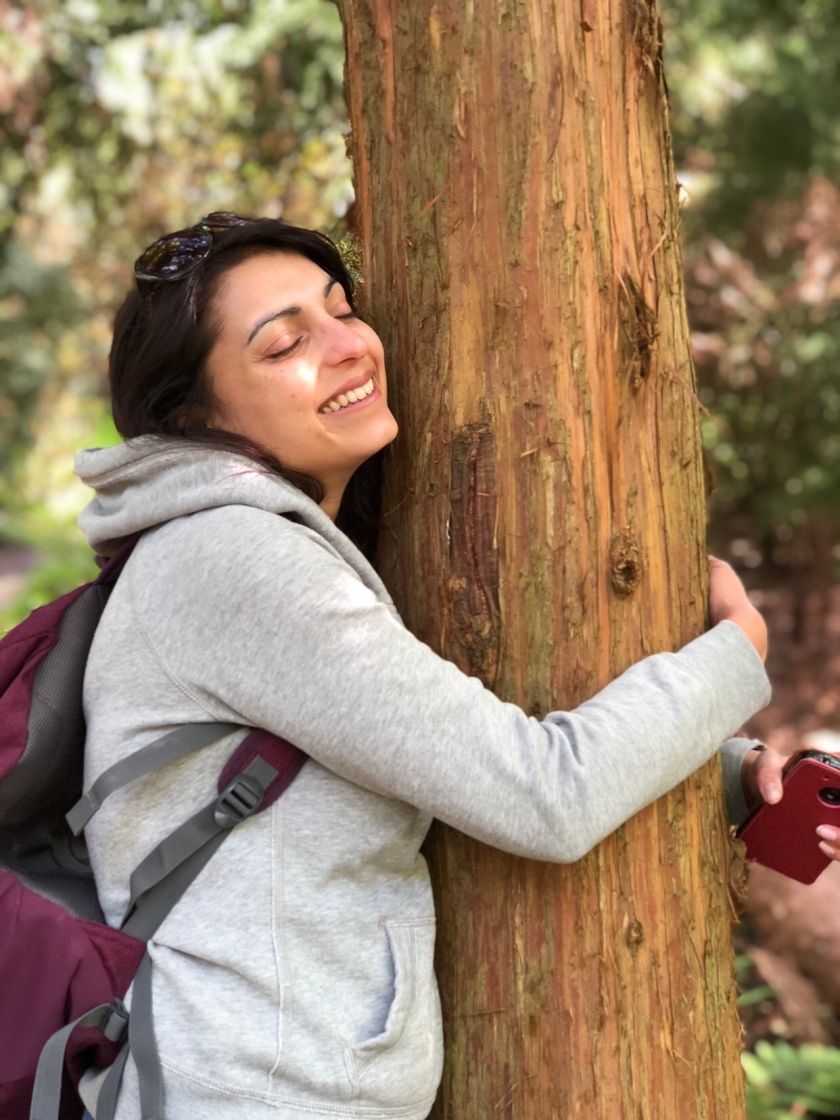 You really need to come and see the place for yourself – because it’s natural beauty is astounding.

After walking for a mile or two around the woods (it really didn’t seem that far !) and hugging several bits of scenery we eventually found ourselves faced with a truly spectacular vista.

All too late I think we concluded that arriving here at 2.30 in the afternoon was a massively missed opportunity.

I’d never realised just how much there was to see – and the paths along the bay and around the woods seemed like they would stretch on forever.

I could have spent another lifetime looking at the sublimely quirky little pottery and preserve shops – whose individual (and rather pricey) wares were really lovely to browse around.

By heck though – they don’t half know how to charge for a can of tuna at Portmerion! 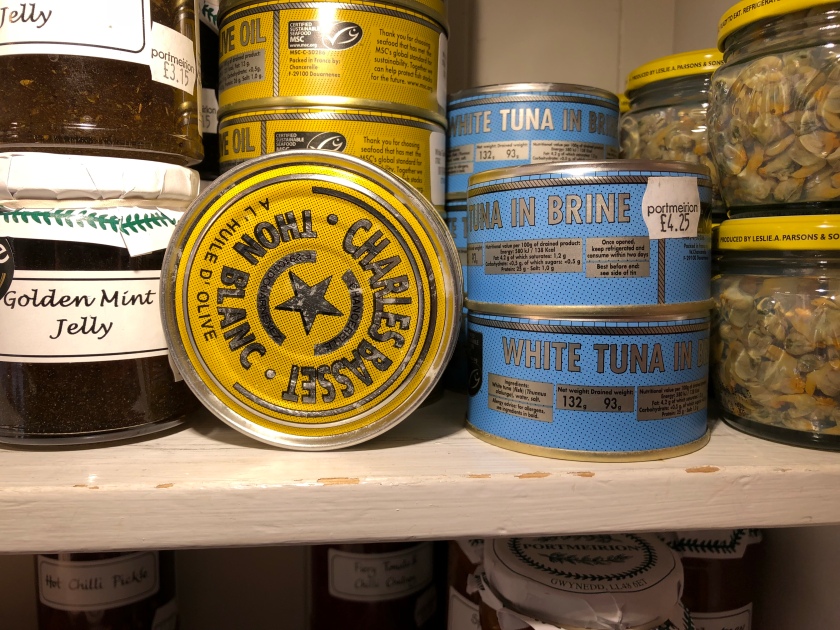 The cafes were better value however and served delicious (and dare I say it rather Italian strength) coffee and home made ice cream (I watched my companion partake jealously from the sidelines) to complete the whole ambiance of having a drink in such twee surroundings there were birds absolutely everywhere – none of which unfortunately stayed still long enough to be photographed sadly.

Even the tableware was unique to the environment! 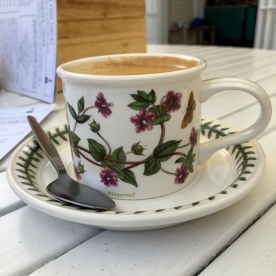 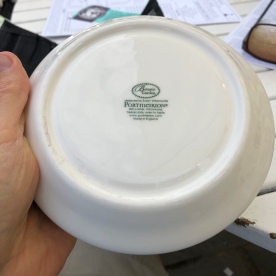 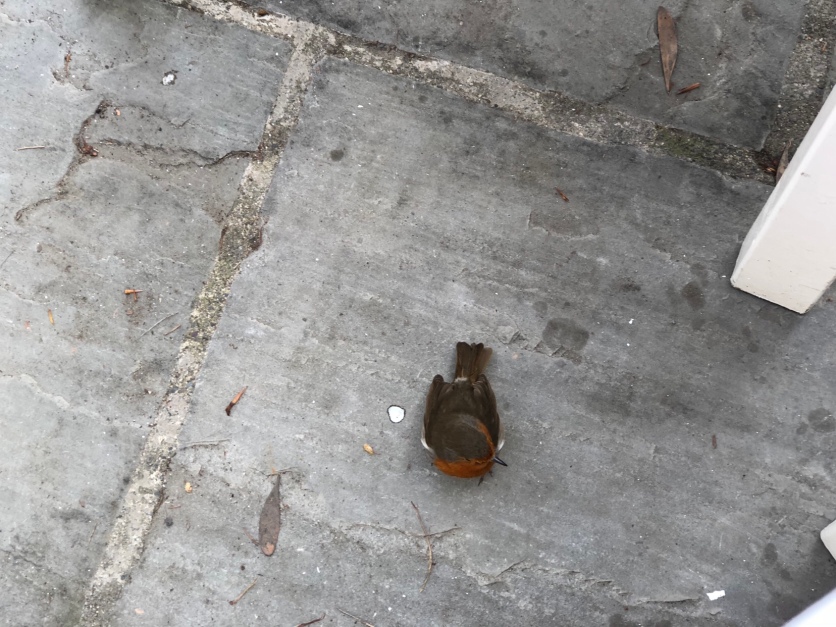 Anyway – I must get on. I have another adventure to have today!!

Laters internet. I’m off to explore!