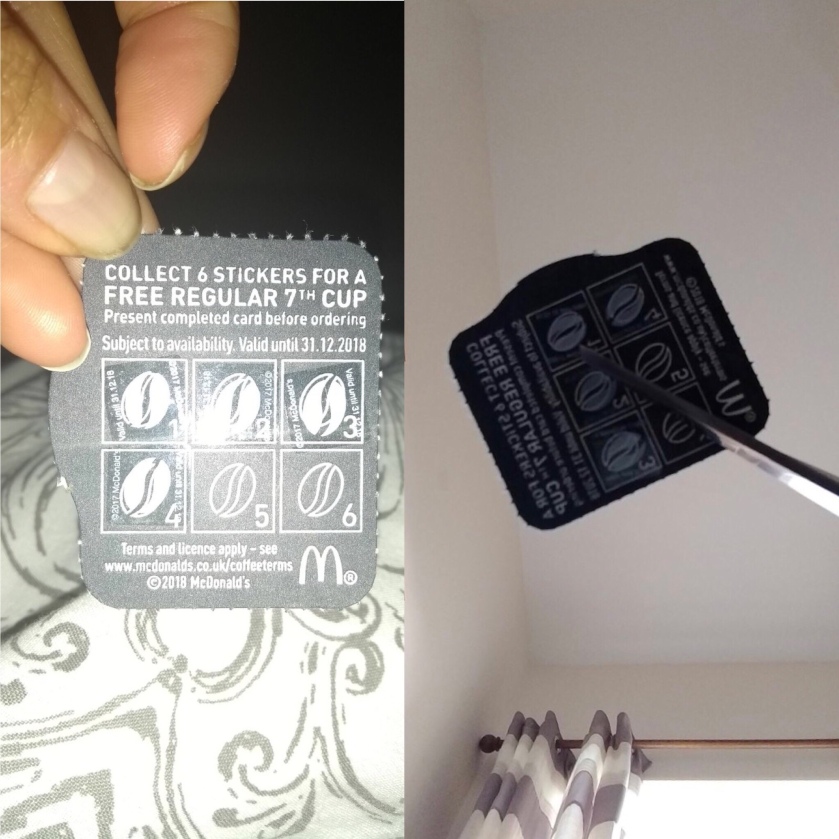 I emptied the bin. Nothing.

I emptied the recycling. Nothing.

I checked the pockets of all my clothes. Nothing.

I checked all my coat pockets. Nothing.

I checked down the back of the sofa. Nothing.

I turned three rooms upside down in my house last night and I still can’t find my beans.

They’re just little McDonald’s cards of beans that I’ve been collecting from discarded coffee cups to get free drinks.

They satisfy my inner Womble like little else and every time I pick up a cup I also put it in the bin, meaning that not only do I eventually get a free drink but I also make the world look a little bit tidier.

On Saturday it also proved to be quite useful because on the way to my second showing of Avengers Infinity War (I may have mentioned in passing how awesome this movie is) I picked up a cup, and with my usual level of glee reached into my pocket for my wallet (containing a nearly complete second card) and realised I’d left it (and my phone) at home.

I’d prebooked the seats and needed either my wallet or my mobile to see the film.

Once again I felt that the universe was listening – and because I picked up the cup I just had time to rush home and get them before the showing started.

I would probably have missed it entirely if I’d arrived at my destination without finding some discarded rubbish.

I took the cup home and dropped it just inside my front door, leaving it there until later in the day when I came home again, attached the bean to the card, and popped the cup into my recycling.

At that point, somehow both cards disappeared.

I can’t explain it.

I almost never lose anything and as completely inconsequential as it is (I’ve basically misplaced rubbish that I picked up and I have tons of coffee in my kitchen) the fact I can’t find the two little cards I had has been driving me mad.

I’ve been dreaming about it all night and trying to retrace my steps and think what could have happened.

There’s a frustrating blank in my memory that seems to be completely empty no matter how much I try to fill it with what happened.

Even if they don’t turn up it doesn’t really matter in the great scheme of things – but at 5am I’m wide awake and I still have an scratch proof itch in my mind.

I think it’s less about the cards and more about the fact that I can’t remember what I did that’s driving me quietly insane.

On the plus side the thing that made me realise they were gone was another (very kind) friend has also been collecting beans when she finds them for me – and because she knows the little things in life please me last night she’d brought another card over.

That’s not to say she’s a complete angel however – as I’ve had to be a good boy in order to get it.

If I wind her up via text (we tend to do this to each other a lot) she’s not above getting the scissors out and engaging in threatening behaviour until I stop poking fun.

The scales have so far been balanced in her favour thanks to these shameless threats.

On the bright side at least four little replacement beans are securely in my wallet and I can once again poke inoffensive fun at her when the mood takes me.

She’s a good friend – despite her shameless hostage taking.

In other (almost certainly far more important news) last night was probably the shortest and slowest walk that I’ve been on for a while – but oddly also the most satisfying for ages.

My twalking buddy that’s been off her feet has (maybe due to the carbs I’ve delivered while she’s been convalescing) been quietly recovering. 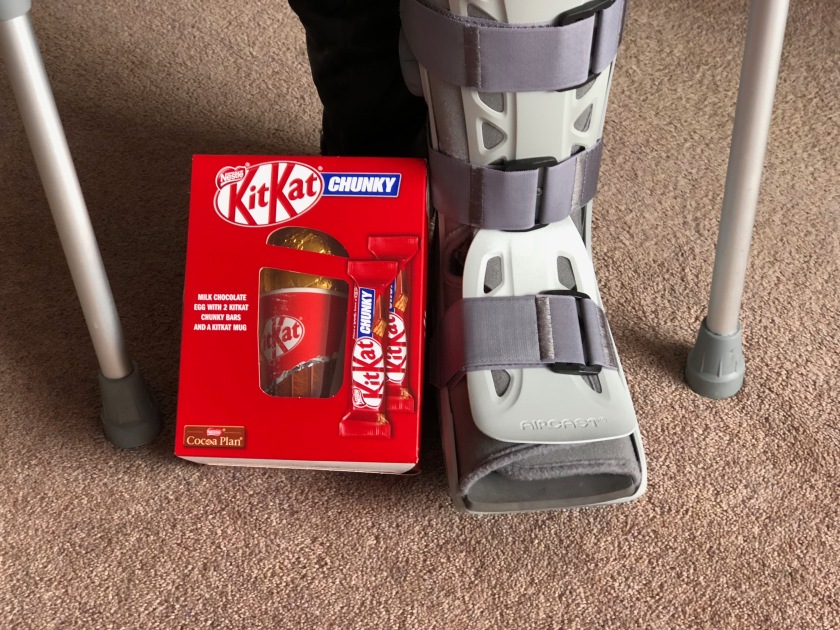 It’s been almost two months since she tripped whilst we were on a walk and the poor dear has been absolutely gagging to get out and about again.

It’s probably fair to say that her husband (a wonderfully attentive nursemaid that’s recently been very well trained to respond quickly to a crutch being banged on the living room ceiling) is also very pleased with her progress and willingness to leave the house.

Whilst he’s been fanning her with a giant ostrich feather and serving her grapes with cups of tea she has (for the last few days) been engaging in flagrant exhibitionism and sending me the most salacious photos.

One can only take so much teasing though and last night I put her to the test.

The two of us and my other (hostage taking) twalking buddy met up for a teeny tiny sub one mile round trip stroll to the Roebuck Arms in Warwick for a coffee.

Our twalk had an average pace of around 30 mins a mile – but made all concerned really really happy because things are finally getting back on track for her.

It’s going to be a slow recovery (she was in a little bit of pain when we reached the pub) but hopefully we’ll soon be exploring the countryside again in search of new adventures!

So – beans and hostage takers aside there’s plenty to be thankful for.

Summer seems to be slowly arriving and life is once again full of well lit possibilities.

There are plenty more coffee cups to be found internet – and plenty of walks with wonderful friends on which to find them.