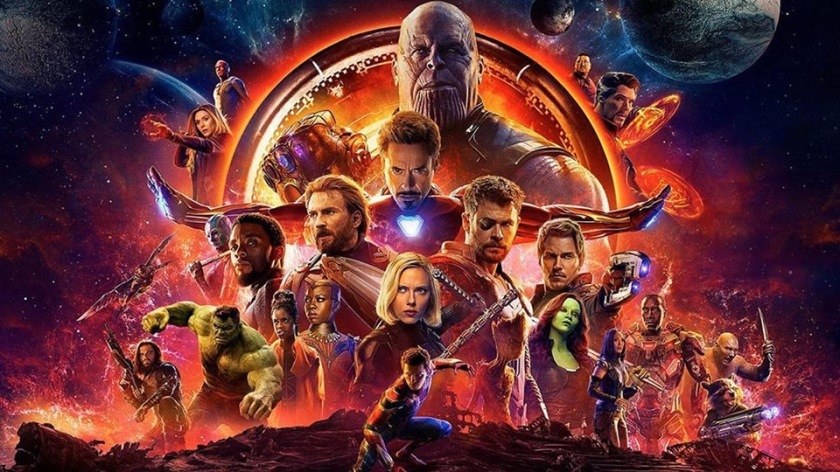 I don’t really do late nights any more if I can help it – not unless it’s a special occasion anyway.

Then my brother suggested a while back that we pre-book a one minute past midnight showing of Avengers – Infinity War on Thursday morning.

I almost said no.

A midweek late night with a normal work day afterwards?! What planet was he on? The film – to add insult to injury – was not a brief Hollywood 90 minute jobbie either. The showing he was looking at finished at 3am!

When I started writing this post it was 7.30am after the film and I’d had an hour and a half of ‘not quality’ sleep with mostly fitful bursts after that. I had a day of work ahead and I was still suffering from what appears to be an endless head cold but WOW!!!

It’s now Friday (I was too frazzled to write anything more) and I’m still buzzing.

If you haven’t done so already you NEED to see it. I’m going to go again at some point this weekend.

I’m also in a good mood at the moment because there are days and weeks where I look around at the constituent parts of my life and realise that I’m actually right where I want to be.

This week I’ve been surrounded not by wealth or material things but by people and conversations. There’s been a lot of walking and a lot of talking. There’s been so much in fact that I haven’t actually had much time to write anything of significance – so for that I apologise.

The vast majority of my time has been spent making it from A to B.

Honestly the weather has not been my constantly smiling companion. In the mornings of some days it’s been teriffic and for the first time in aaaaggggessss I’ve broken out the sunglasses on my way to work! 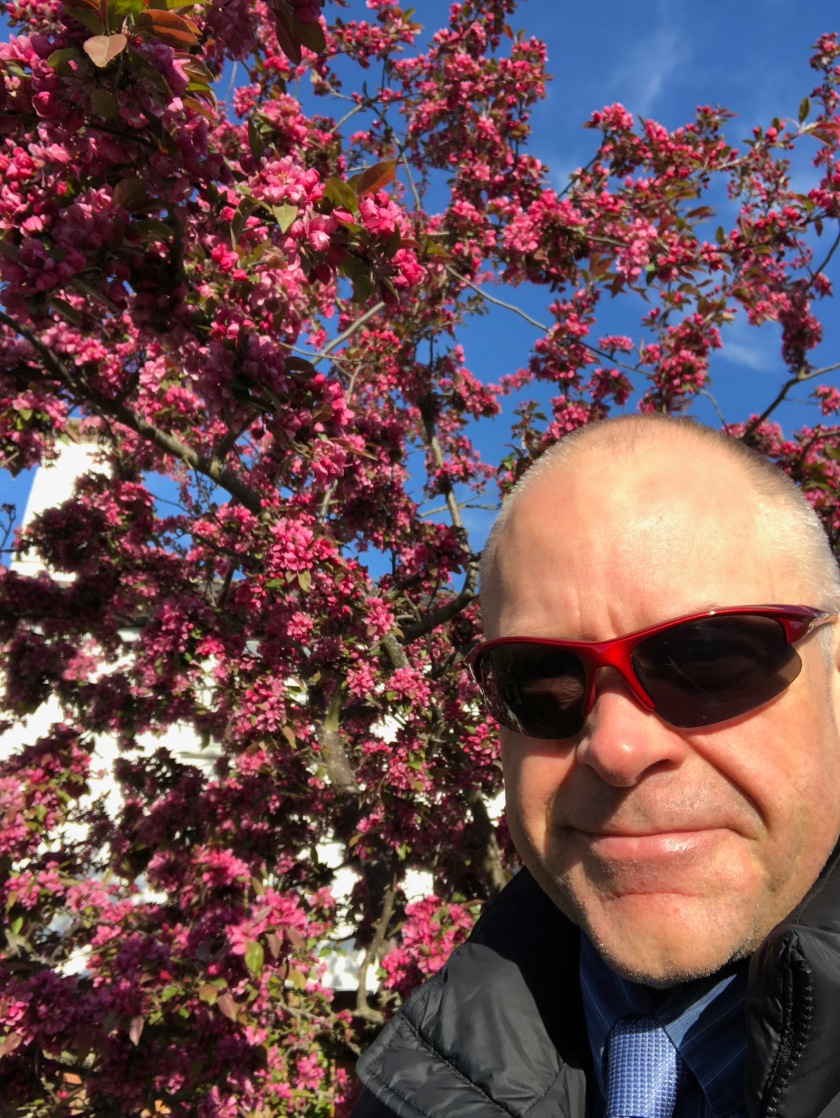 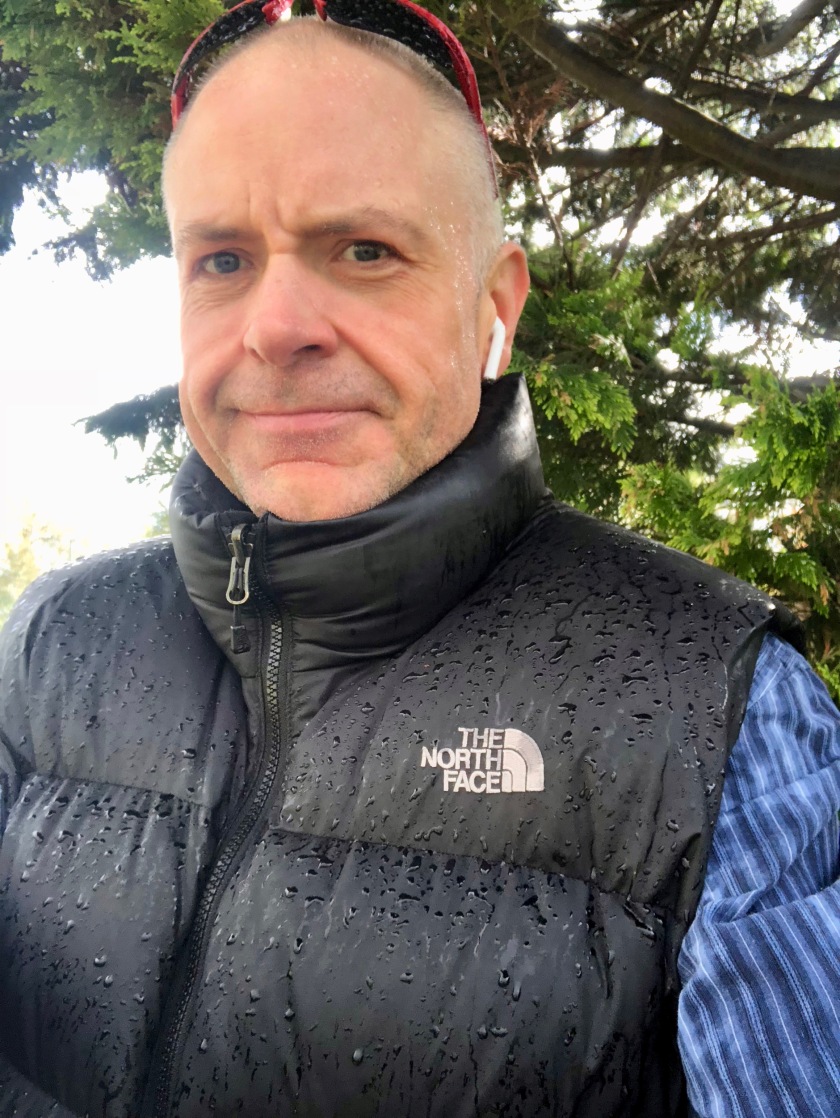 It doesn’t matter though.

It never matters these days.

As the time has passed since my last post I’ve been struck by how happy I am and what a good place I find myself in lately.

I’ve been acutely aware that the sub-title to my blog – ‘learning to live life’ – has never been so prescient, and this week I’ve been completely swept away by events in a calendar thats been unusually stuffed with little events.

I’ve spent time just experiencing and enjoying them and my usually constant need to evaluate and think through or write them down has (for once) taken a back seat.

For the most part that is – because I’m still me after all – and I still like to mull stuff over.

Someone asked me this week in the middle of a chat ‘do you think you’ll ever drink again?’

I looked at them and didn’t answer immediately.

I thought about it for a moment, musing on the events they’d been describing about nights out – and imagining some of the fun that I too could have. For a fleeting second I also had a flashback to many years ago of a younger (and pretty rose tinted) me, drinking with friends in the pub and in this memory I was also having fun.

Then – almost as soon as those thoughts had arrived – I came full circle and remembered that all this filtered out the fact that the enjoyment eventually became numbed, along with everything else.

After that all I felt was increasingly deeper unhappiness as my world shrank around me.

I walked home with this final ‘nope’ hanging in the air like an invisible punctuation mark and the thoughts it provoked led nicely into one of my week’s earlier conversations where a friend of mine casually hit me with a term I’d never heard of before – and it stuck in my mind.

Oddly this phrase been remarkably relevant given many topics for discussion with other people this week (some friends of friends are making very bad life choices that make no sense) and I ended up reading more on the subject and telling others about it.

It turns out that I’ve always been intimately familiar with this theory of psychological behaviours because it’s how I went about the majority of my own life.

It is (…) a unifying theory which suggests that humans engage in economically prudent thought processes, instead of acting like scientists who rationally weigh costs and benefits, test hypothesis, and update expectations based upon the results of the experiments that are our everyday actions. In other words, humans are more inclined to act as cognitive misers using mental short cuts to make assessments and decisions, about issues and ideas about which they know very little as well as issues of great salience. Fiske and Taylor argue that acting as cognitive misers is rational due to the sheer volume and intensity of information and stimuli humans intake. However, other psychologists also argue that the cognitively miserly tendency of humans is a primary reason why “humans are often less than rational”.

So – in essence (if I understand this theory correctly – and I’m no psychologist) we as human beings are pre-disposed to take the fastest path to an answer based on previous similar choices because this reduces cognitive load.

Often this can come across as inflexibility because when we give knee jerk responses (I liken this to a burn reflex) it can seem as if we haven’t really thought things through and have just reacted on impulse. The answer that we might give because of that isn’t always the best one for us at the time – it’s instead the one that we’ve learned works in most situations.

I used to do this all the time when opportunity arose. I reacted without thought because deep down I felt afraid of the world. I lived with a constant sense that I was hemmed in by my life – but because I didn’t want to continually think about that my cognitive miser took over to protect me from difficult and upsetting choices.

My outward voice became negative because my inner voice was saving me pain or embarrassment. I ceased to question why or how and instead defaulted to ‘No’ as an answer to almost every question.

Maybe in some respects I’m still very much a cognitive miser, because where a man who was endlessly stuck in the same negative thought processes once stood there’s now one that does the same thing with newer, more positive structures.

There a lot of things I’ve re-trained myself not to think around and that I just react to.

For instance I still say an automatic ‘no’ to lots of potential decisions, making the same pre-formulated, potted and easily deployable snap judgements that I used to – but these days they’re for a different reason.

Now instead of saying ‘No’ to spending time with friends the no’s are always to cake, kebabs or alcohol. It goes further though because ‘Yes’s’ are also miserly. I know without thinking for a single moment how I’ll respond in certain situations.

‘Absolutely I’ll go for a walk or climb a mountain – YES!’

I don’t think my processes have changed – but how I use my miser definitely has.

Anyway – I’m packing him back in the box for the moment and getting on with my weekend.

For the next couple of days I have a guest staying over and we mean to make the absolute most of the time available. There’s going to be lots of twalking and lots of coffee, a bit of cinema, a few meals and hopefully a good time being had by all.

I’m going to be ‘living life‘.

I also won’t be weighing in at group today because of this – but just because I’m not going to be there it doesn’t mean that I’m ignoring anything. I stood on the scales of ultimate accuracy this morning to make sure I’m still focused – and this is what they said… 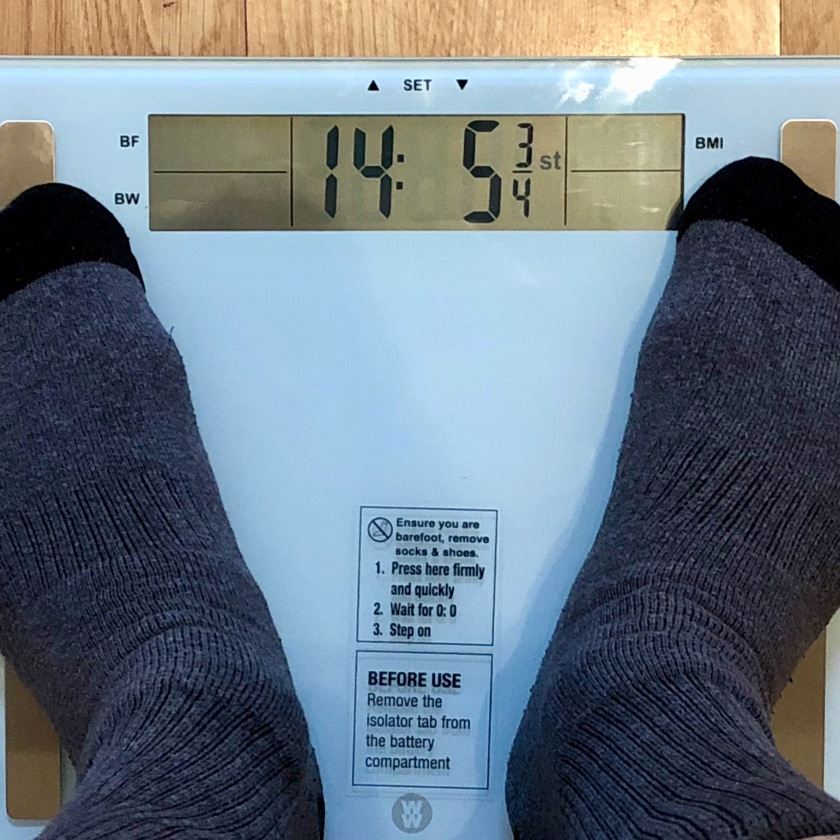 I’m might still learning to live life internet but I’m also learning that I love it.