I feel now it’s the 1st January that I have to nail my metaphorical colours to the mast and publicly state what my new years’s resolutions are, because weight loss as a goal isn’t going to last that much longer.

I need to keep my forward momentum continually set to ‘constant self improvement’.

I’m keen that whatever I choose for this aim it has to be something that’s physically definable – and this morning I noticed a really good article in the BBC News health pages (link) regarding what kinds of resolutions people are likely to keep or ditch.

Encouragingly it seems to agree with many of the key things that I’ve written about over the last two years. Placed together I think they are (almost) all of the reasons that I’ve been successful with weight loss since I started in April 2016.

They can be broken down as follows.

Mostly because I’ve never tried to get ‘stronger’ (at least not seriously anyway) I’ve not really got a huge step by step agenda of how to achieve my primary goal – which is work on the muscularity of my upper body.

At the moment I have calf and thigh muscles of steel thanks to all the walking I do – but when I feel my biceps or chest muscles in comparison they’re practically non-existent. This is more apparent than ever now there’s less fat remaining to cover up the issue. The more definition I see in my arms the more I realise what needs to be worked on and where.

This isn’t just an aesthetic issue mind you. I’m sick of using a fork to release pressure on a lid so that I can open a jar of Aldi’s wonderful pickled gherkins.

I also want to get into progressively smaller trousers and whilst the remaining fat is mostly around my belly I also still have a pot belly.

This needs to go.

So, essentially my stomach needs to be flatter, and my arms, chest and shoulders need to be bigger. With this in mind I took some (private) pictures of myself this morning so that I have a starting point that I can look back on.

Now – considering I previously couldn’t do either I’m not overly hung up on the fact that my performance at the moment is frankly pathetic because the whole point of improving something is that you’re starting at a point where you’re dissatisfied – so that’s a given. I’m not getting bent out of shape about it.

So – here’s where I am, and what I’m working towards.

Objective – be able to do 50 of the ones that I can already do and 20 of the one that I currently can’t.

Timeframe – by the end of January.

I’m going to try and achieve this without joining a gym in the spirit of my usual ‘anyone can do it for free ethos’ and use what I have to hand. Pressups and sit-ups cost nothing so I’ll be doing these and other floor exercises whilst also using my dumbbells.

I’m starting small on my upper body work mostly because I want to make it achievable and not demoralising. However it’s also because I have a secondary objective.

That’s going to be #onplanjan – in which I will be doing the same as I did back in October (you can follow the links for #onplanoctober on my main page if you’re new and what to see what I did) and documenting all that I eat so that I can hopefully also reach target by the end of the month.

I’ve taken my foot off the gas a bit over Christmas and New Year and I need to push myself back into the zone.

I’m not alone in this and it seems that both myself and a fellow blogger had the exact same thought at the exact same time 😄. My good friend Hayley (link) blogged about this just the other day and I think it’s only fair that I join in with her initiative (plus it ties in nicely with my original bullet points!)

I plan to keep up all of my current walking objectives whilst doing this. That stays at 10 miles/20,000 a day on average. I love walking and can’t imagine how I’d feel without it now.

In other news it’s finally reached the time where I’ve had to admit that whilst I’ve had a whole load of luck with ‘standard’ clothing from charity shops my thrift store outdoor coats have left a lot to be desired. 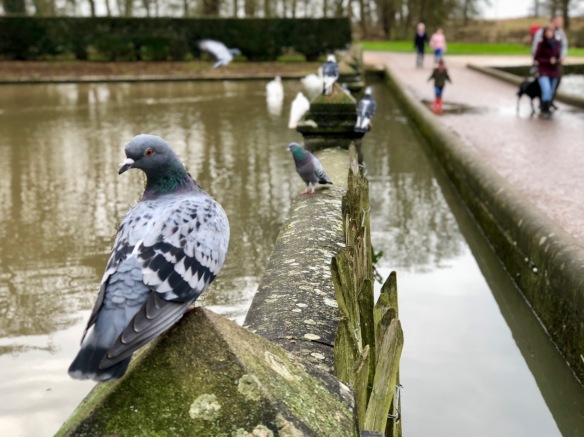 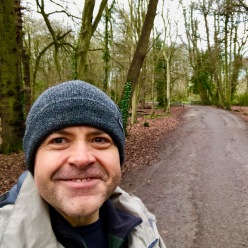 Yesterday I was walking to and around Coombe Abbey with a friend and lately it’s been becoming increasingly apparent to me that I don’t have a truly all round and versatile coat.

I was once again wearing multiple layers to keep warm.

I have several coats that fit the bill for different occasions – but not one that’s adaptable if the weather quickly changes. Supercoat 2 (an old Peter Storm 3 in 1) was really cheap (£8 from Scope in Kenilworth!!!!) and it’s inner fleece is excellent (and I mean REALLY good – I love it!) but the outer shell is sub par. 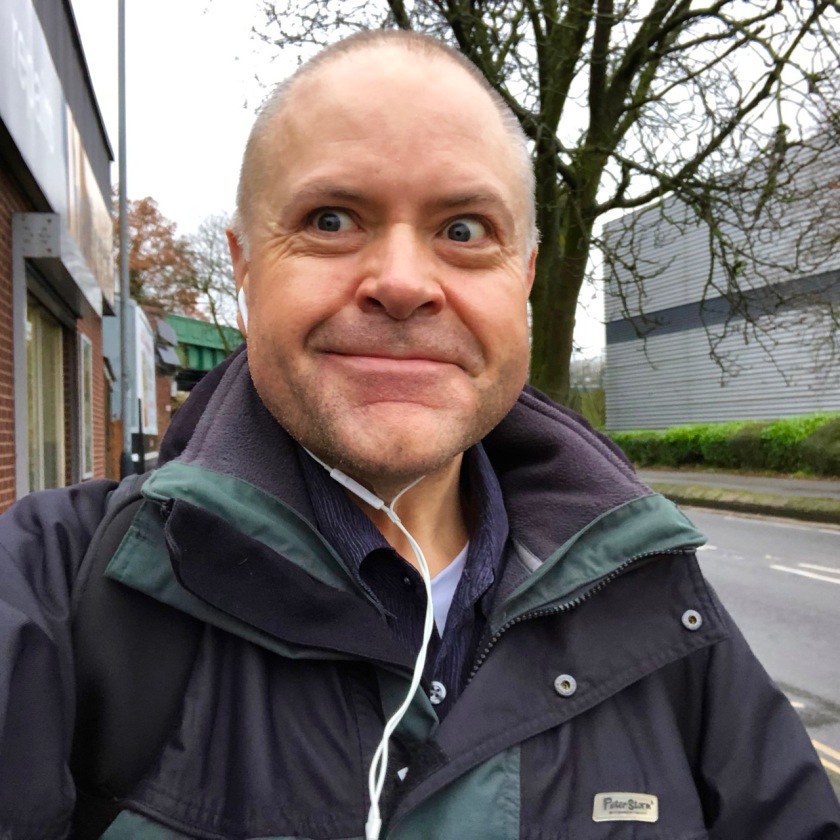 I can tell having worn it for a while why it was retired by its previous owner.

My light coloured coat in the Coombe Abbey picture (and the one below) is by Trespass and I’ve discovered the hard way that whilst lightweight and comfortable with lots of useful pockets it’s water resistant rather than water proof.

When I visited Malvern the other week not only was I flipping freezing but it let draughts in and I also got utterly drenched.

It leaks like a rusty bucket in medium and heavy rain and my clothes underneath were literally dripping wet.

Today I decided that since I’m almost at my goal I’d take advantage of the final moments of the January Sales and buy myself a proper 3 in 1 coat that doesn’t leak like my £8 supercoat 2 does.

So – in order to make sure I can keep walking and keep fit whatever the weather throws at me I’d like to introduce to you the new love of my life – and what will hopefully my ‘forever jacket’ for outdoors pursuits.

It’s a large ‘Zenith Extreme II Mens 3-in-1 Jacket‘ from Mountain Warehouse (have I mentioned I can wear a LARGE now?… not sure I have…) and aside from being in my new favourite colour and 55% off as of today it has the following benefits.

So far (thanks to today’s weather soaking me through to my under layer whilst wearing my Trespass jacket into town, and getting the same treatment on the way back wearing the new coat) I can confirm that it’s definitely breathable, waterproof, and super warm and cosy.

So – there we have it internet – my New Year’s resolutions and a forever jacket.

I’m starting the year as I mean to go on – putting one foot in front of the other every single day.