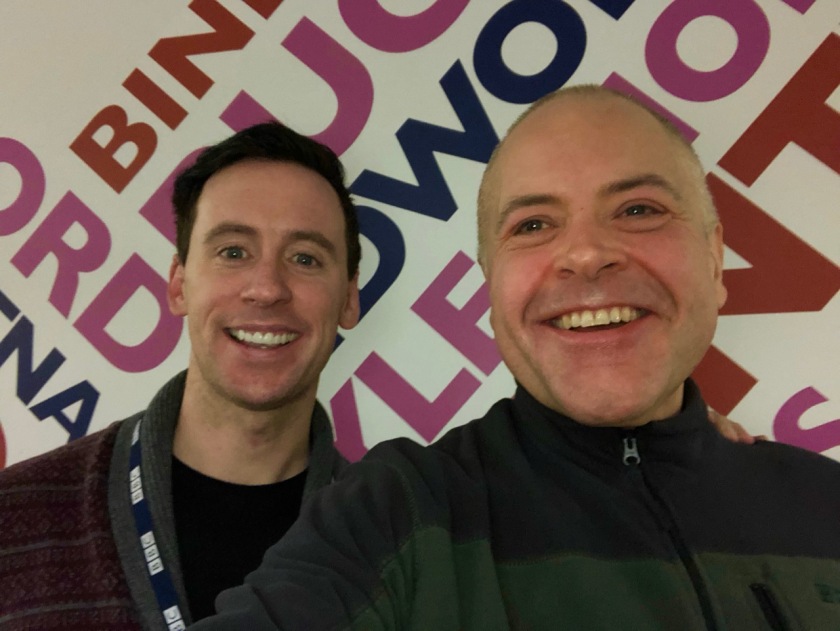 As days go today has been a good one.

I’d go so far as to say it’s one I’ll remember for quite a while – because today was the first time I’ve ever been on the radio.

(If you want to listen to the interview on BBC iPlayer it’s here. This recording is available for 29 days, and the segment I’m on starts from about 1hr 16mins into the program and lasts for approximately 30 minutes.)

When I arrived at the BBC studios in Coventry today I was initially asked ‘what organisation are you with?’

‘Ummm…. I’m here on my own.’ Was my reply. ‘I’m the guest for the Connor Phillips show.’ There was a blank expression for a moment, then my name was confirmed and I was invited in, where I proceeded to take shameless selfies whilst the receptionist made me a hot drink.

After a brief coffee I was ushered into the studio and met the (very nice) producer and assistant – both of whom thanked me for my time but also seemed mildly surprised at who was standing there.

I pointed them to my blog, which they brought up on their studio computer. As they both looked at my before and after photos they periodically looked over their shoulders to compare and contrast me with what was on their monitor.

Slowly the penny seemed to drop. I was the man in the photos.

It seems quite surreal when I’m faced with individuals that become temporarily speechless while processing how much weight I’ve lost. Now I’m getting close to target, it’s becoming a ‘thing’ that people can’t quite believe that I’ve done what I’ve done – unless they’ve known me for a while or have photographic evidence.

This of course just seems like my normal now. It’s not really odd to me because I’ve lived it.

I suppose that we naturally process what’s in front of us – and if what’s presented to us is a fifteen and a half stone ‘normal’ man then you don’t automatically think ‘I bet be used to be 35 stone, and I know just what he’d have looked like’.

The interview went well. Connor Phillips (the presenter) seemed both genuinely impressed with what I’d done – and also keen to find out more about my motivations and thoughts on what made it possible. He was also keen to probe about what my catalyst for change was in the first place.

I explained as best I could…

The interview (partially fulled by coffee and no small amount of nervousness on my part) went by pretty quickly – and before I knew it had ended.

As he walked me out Connor was kind enough to pose for a selfie with me shortly afterwards.

I’d been on the air only for around 30 minutes and as we wrapped up and I said goodbye to the team I tried to recollect what I’d talked about – but my mind was blank. As I walked back through Coventry a couple of miles to the outskirts where I’d parked (you need a good walk before an interview) I reflected on the content of what I’d said as it slowly came back to me.

I realised that there were lots of things that I had wanted to say – but that I’d lost the thread of half way through. This felt like I’d missed opportunities – but in other areas I think I also said more than I expected to.

Two aspects that were really important to me that I think I did manage to get across were (firstly) that diabetes doesn’t have to be an automatic slow death sentence – that you can make a change if you put in the effort and change what you eat and do, and (secondly) that when we do something significant like this we’re better in groups.

Something that so few (I think) fail to come to terms with is that mass produced food is crap whether you eat it in small or large quantities. It might be an unpopular view – but I don’t think that eating whatever the hell you like (but in ever smaller quantities) is the way forward.

Granted – not everyone has the problems I had – but I view myself as a magnified and extreme version of many smaller scale issues that I see other people struggling with. Although my condition got way out of hand none of it is unique. Basically I ate crap and drank too much.

Sound familiar to anyone? I bet it does. Maybe only the quantity is different…

The view I have now is that you need to change all of your habits in order to get better. You dont have to do it all in one go – but if you want to live longer and have better health while you do, eventually you have to cut out all the things that harm you.

This means accepting exercise into your life – and also eating ‘proper’ food – not mass produced junk like crisps and chocolate.

I’d rather get my calories from olives or an avocado than a curly wurly and a packet of french fries.

That way if I do then when I (inevitably) have a bad day and eat too much (which everyone does from time to time) I’m not eating the awful things that I used to because I no longer crave them and the damage isn’t so bad.

Sure – this isn’t the approach for everyone (in fact probably not many people at all) but then you have to ask yourself ‘how much do I want to change?’

However I still like eating some things in packets – I can’t lie. The fact is though that these kinds of foods no longer make up the majority of my food intake and are instead a very tiny minority.

The second point was about groups. Without mine I’d be no-where. My consultant facilitates an atmosphere thats both supportive and non-judgemental. It’s a safe space where you can make friends (of which I’ve made many) and just be honest.

It should be somewhere where you can go regardless of whether you feel you’ve done badly or brilliantly because the power of the group is that they support you. They’re there to make you feel better when you can’t do it on your own.

They’re the ones who at that exact moment when you need it the most care more about you than you care about yourself.

Anyway internet – that’s my day. After all that standing on my soap box I’m sure the universe will have a kick in the boy parts for me tomorrow and penalise me for relaxing a little at Christmas.

Thankfully Boris doesn’t care. I went over to my mate’s house to fuss this lovely little frenchie silly after the show.

He likes me no-matter how I look.

He even loved me back in February 2016 at 35 stone just after I ditched booze, and before I cut out junk, joined Slimming World and started trying to love myself. 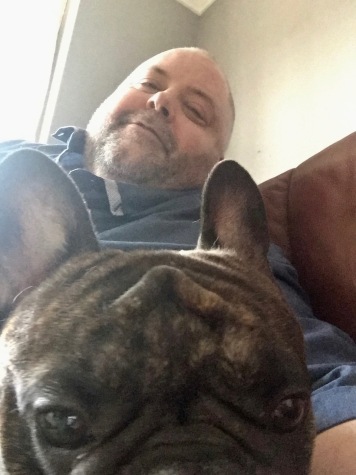 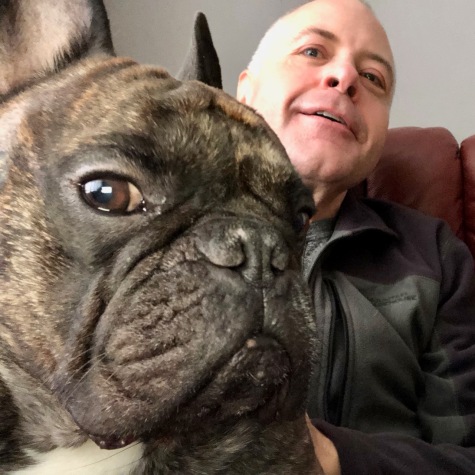 The difference is now I can go on walks with him. and he has a lap to jump up onto.