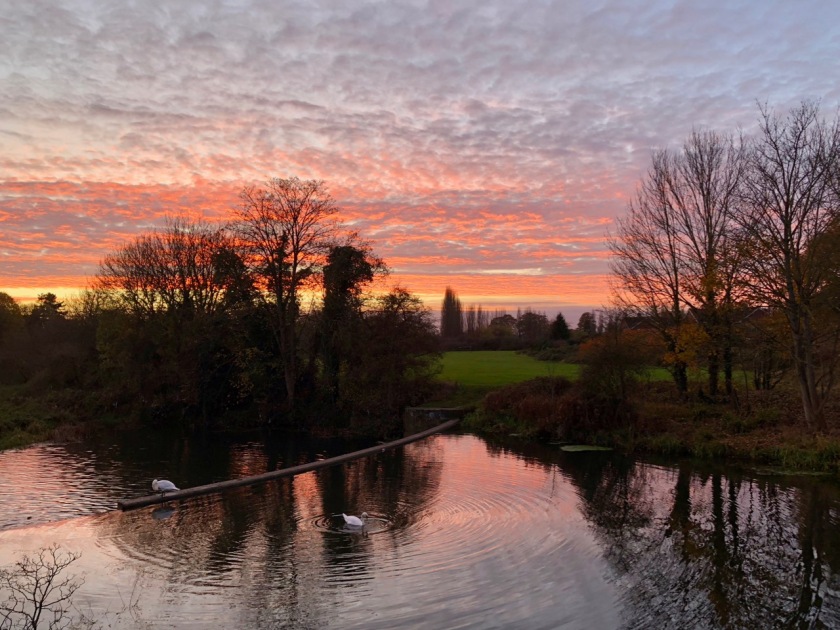 Although I’m used to filling my day with things to do, sometimes it hits me just how much I can fit in now that I’m no longer wiped out after just waddling to my car and back.

After my less than stellar result on the scales yesterday I decided to go for it today and (probably much to the annoyance of my neighbours) was out mowing my back garden at 7.45am.

I haven’t much choice in the timing really. I had a lot to do today and I haven’t been able to do it for a while. It’s dark when I get home in the week now and I’ve been meaning to get the last mow of the year in for a couple of weeks – but have ended up putting it off again and again.

Today though it hadn’t rained. Instead there was just a lot of dew and most of it was freezing. I’ve never mowed frosty grass before – and to be honest it was a laborious task, requiring a lot of periodic poking underneath the blades with a stick to scrape off all of the clogged up grass.

The back lawn looked a bit soggy and clumpy afterwards (grass clippings don’t like collecting in my lawn mower basket when the grass is frozen solid apparently) but crucially it was done.

The next mow shouldn’t be needed until springtime.

One thing that I actually really like about my back garden is its complete lack of perfection. It’s got things growing in odd places, flaking paint, moss and a healthy population of frogs.

Whenever I investigate the little overgrown or dilapidated bits there’s always something I like the look of. 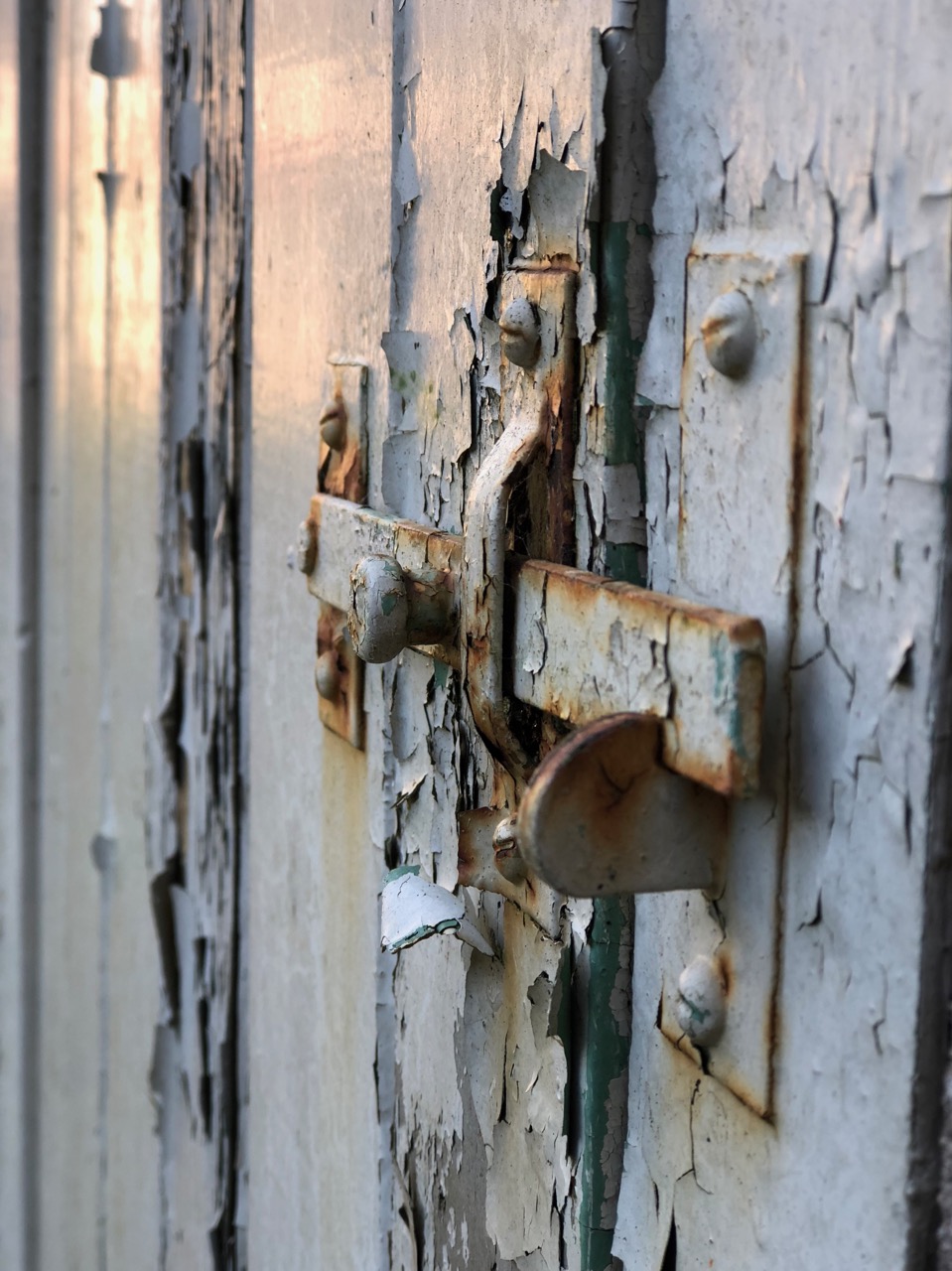 Although I need to do some weeding around the borders the garden has (for the first time since I moved in) remained well managed and accessible for the whole of summer and autumn.

I’m determined that (whilst I really don’t care about it looking like a bowling green) it will remain in this well maintained state forever more – and never go back to the apocalyptic mess that I let it become when I wasn’t coping very well.

I’ve said before that mowing the lawns used to be a major undertaking for me.

That’s actually a vast understatement- it used to be agony and I often did it whilst rather drunk or drinking with that objective in mind for precisely that reason – because it didn’t hurt so much emotionally or physically during or afterwards. 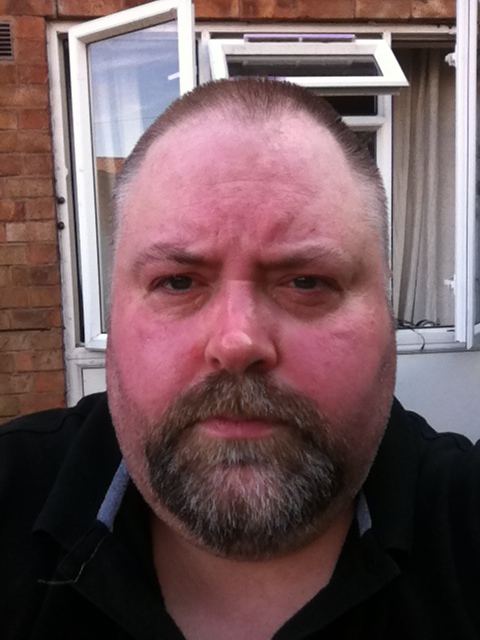 I found this gem of a photo that I took of myself mid way through mowing my back lawn in 2012 – far from my heaviest weight. I was sitting on a stool at the time because I was in agonising pain. My back was screaming, I was drenched in sweat and (from memory) already half way down a bottle of strong white wine.

The expression on my face (I think) speaks volumes.

This morning however I finished the mowing, bundled away my tools, grabbed a hot drink and headed off for a coffee with a friend in Kenilworth, which is a four mile walk from my house. 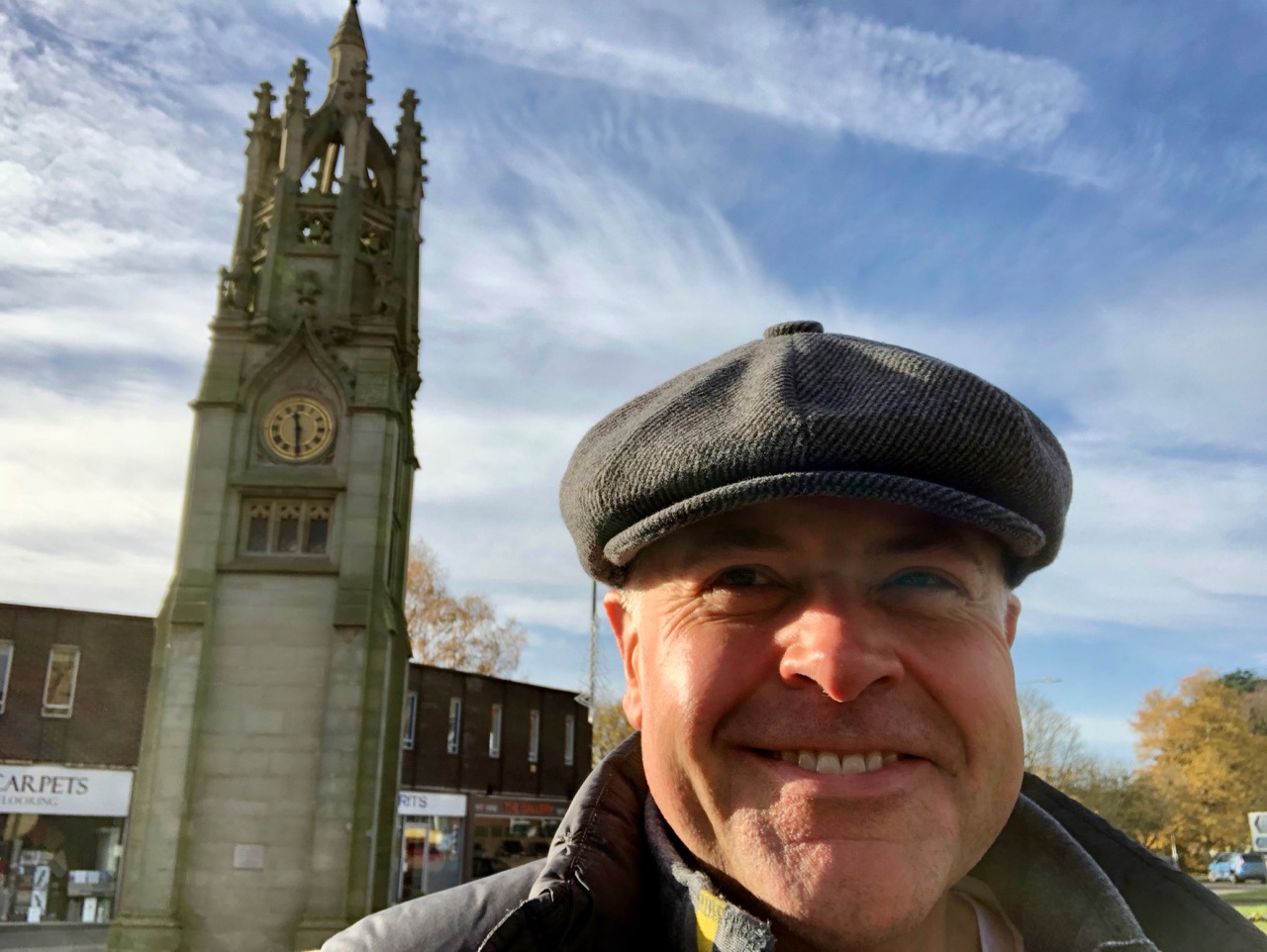 It was a pretty energetic four miles too.

I’ve been chasing a 15 minute mile ever since I started Slimming World thanks to an offhand statement by a guy there in the early days who said he walked four miles in the morning. When I asked how long it took, he casually said an hour – which I was completely gobsmacked at (at the time a mile took me about 60-90 minutes) so I made it my mission to do the same.

Although almost nineteen months later I’m still not quite there, what I can do instead is demonstrate a lot more stamina.

Whilst I haven’t broken the 15 minute mile sound barrier (yet) I’m still trying and in the meantime getting a lot better at keeping a continued and consistent pace up for a pretty respectable distance. 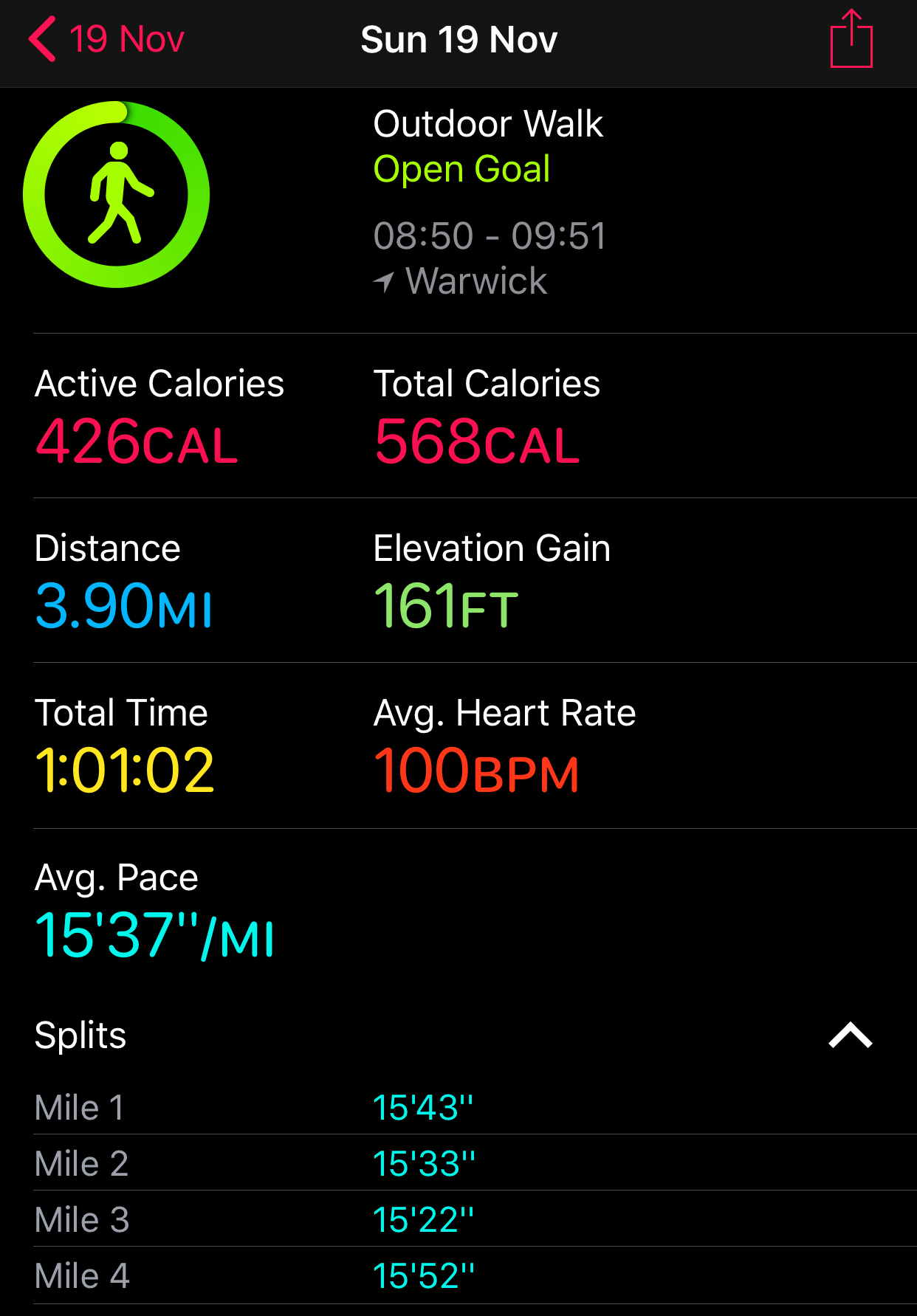 I really enjoyed the walk (and the coffee and chat I had whilst in Kenilworth) but otherwise on a Sunday the place is mostly a ghost town. 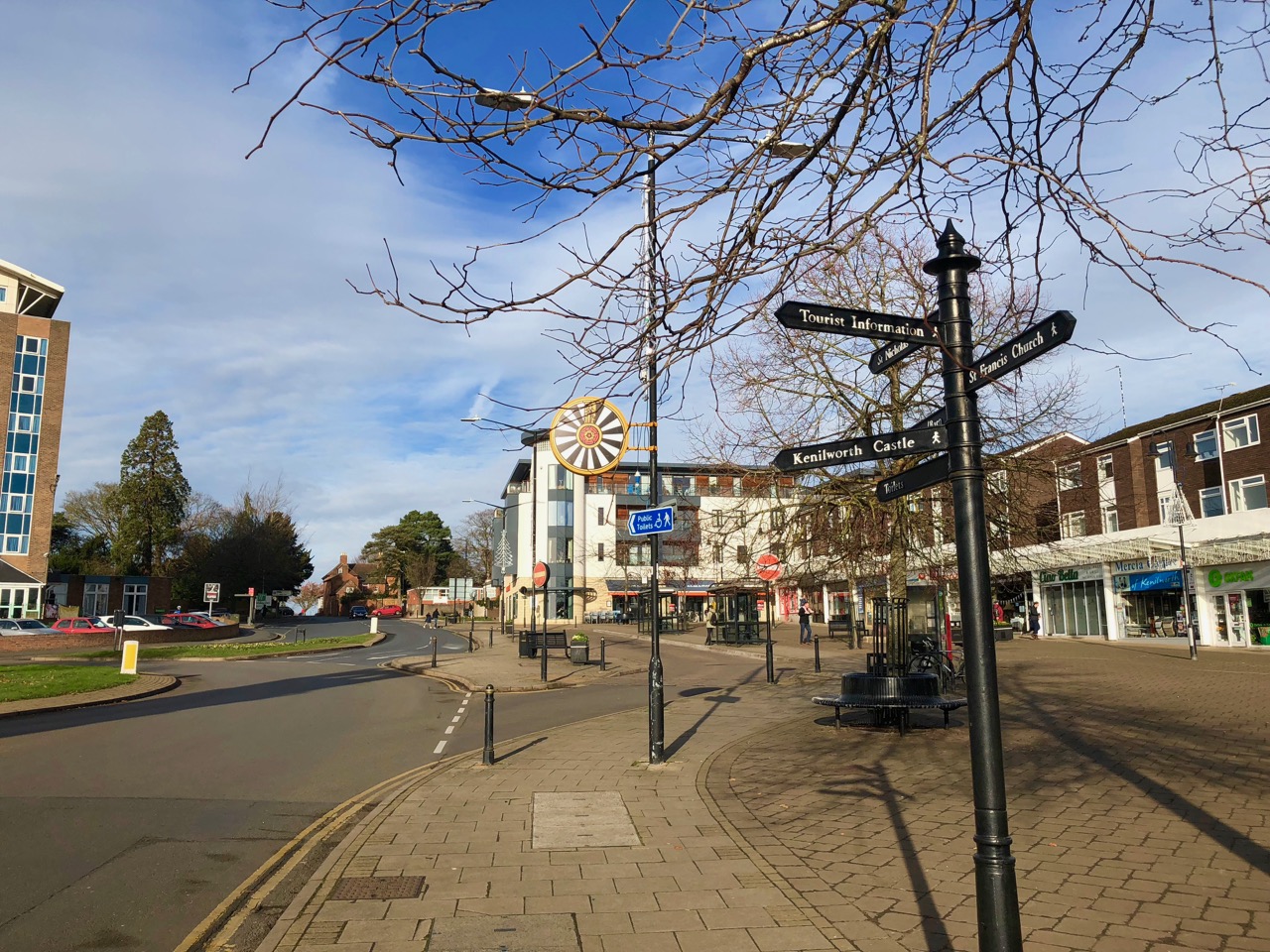 However (praise be!) there was a single charity shop open in the precinct near Waitrose – and right at the back, hidden amongst the coats and jackets was a Peter Storm combined fleece and raincoat in a large size.

I was a bit miffed.

It was in excellent condition and it was only £8. Furthermore it was just what I need at the moment as it gets progressively colder and wetter – but annoyingly it was in a large. I have a raincoat and I also have nice fleece – but I haven’t had a combined waterproof and warm jacket since I gave my 3XL supercoat to my dad.

We had some good times together. 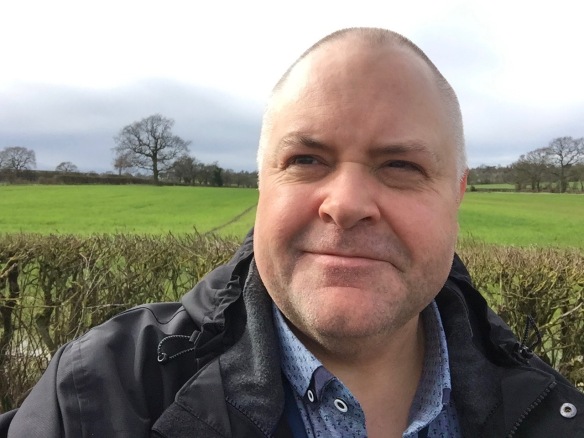 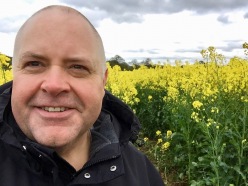 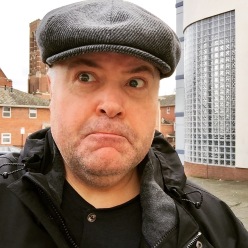 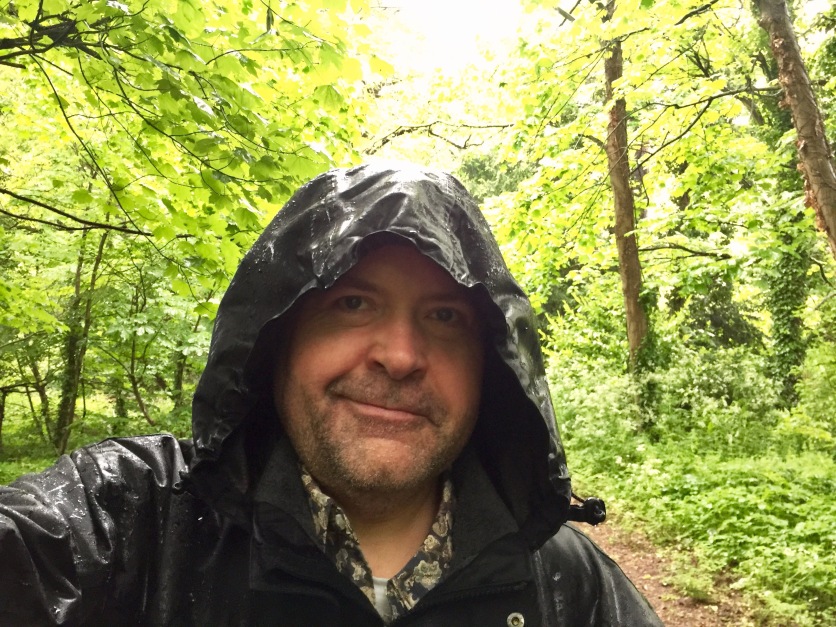 I decided to try some shirts on instead – but nothing took my fancy.

Although they were nice I have plenty of shirts that fit currently – and there was no need to buy them just for the sake of it. After putting a other nice lumberjack shirt back on the rail I reached down to grab my jumper and gilet.

As I lifted my jumper I stopped.

I thought ‘I wonder how tight it is? Maybe I should try it anyway….’

So – I pulled it off its hanger, threw it over my shoulders, pulled the zip ends together and began to draw it upwards.

I fully expected it to stop at my waist, but the zip kept moving. It passed my belly button and I genuinely felt a flush of excitement. Would it fit? A coat in a large size?

Then the zip stopped dead.

It would go no further.

At this point I’d usually sigh inwardly and put the item back on the rack, thinking ‘maybe tomorrow’.

THE ZIP HAD STOPPED BECAUSE IT WAS UNDER MY CHIN!!!

THE COAT ONLY FLIPPING FITTED ME!!!

So I bought it.

I am now the proud owner of a new (old) large supercoat. It’s currently drying on the radiator after a spirited turn in the washing machine, so photos will have to wait for the time being – but it doesn’t just fit (and is now florally fragrant) it fits me properly!!!

So – with my super flipping excellent wonderful bloomin fantastic smashing great purchase swinging back and forth in a carrier bag I practically skipped back to Warwick in the late morning sunshine.

The day couldn’t end there however.

I had a bite to eat when I got back, did another hour in the garden and then headed off for a walk to Sainsburys in Leamington on another errand. By the time I got there I was still floating on air and (after getting what I needed and having another coffee) I headed back home – and what a lovely walk it turned out to be.

There was a terrific slow motion sunset that seemed to fill the world with orange and yellow hues – and as I passed the river on the way back to my house a couple of swans decided to float into a perfect position below me just in time for my camera. 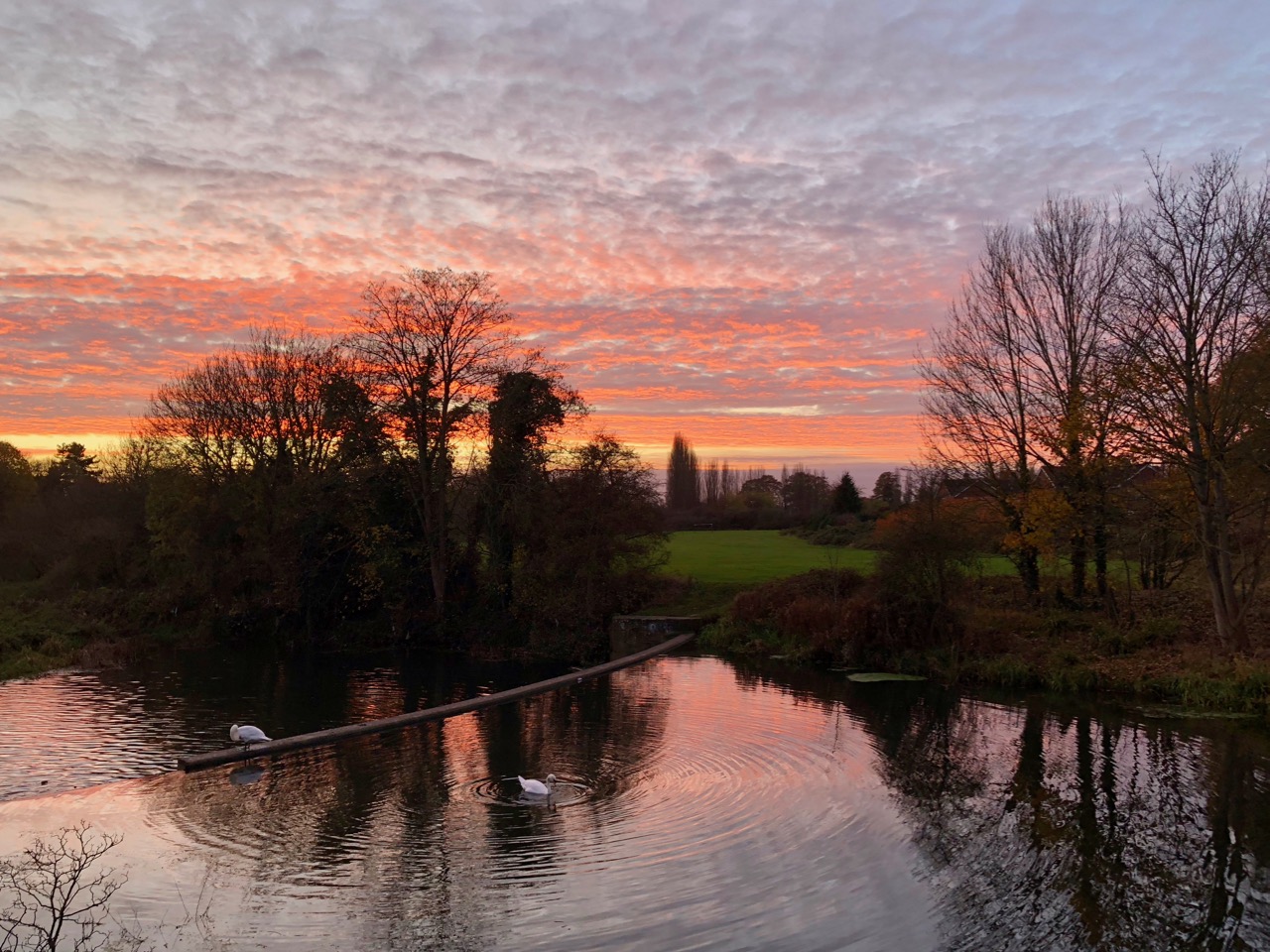 Does life get any better than this?

I have so little in material terms nowadays – but I feel like I’ve got everything sometimes. Even a Disney themed carrier bag makes me feel happy.

I miss almost none of the stuff that I used to fill my life with to avoid negative thoughts. It was all just a parade of distractions designed to stop me truly living my life and making the most of every day.

At the time of writing I’ve walked just under 17 miles and in doing so have smashed my calorie burn and cardio requirements for the day. 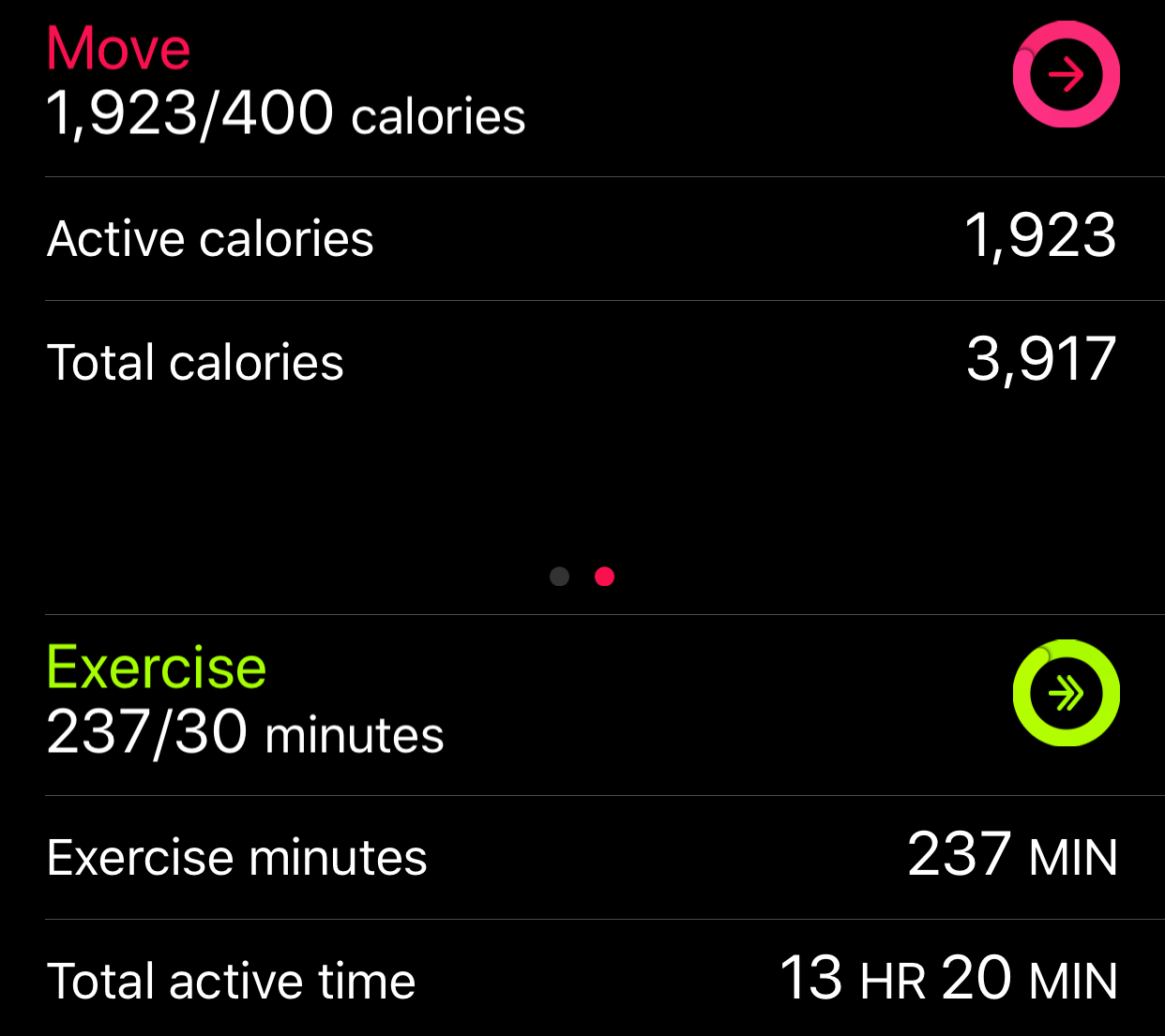 Hopefully this will go some way towards making up for my little gain – and maybe even help me have a loss next week.

Either way internet – nothing can take away the fact that today I stood in a charity shop that I walked four miles (in just over an hour) to get to, and zipped up a coat in a size that I’ve never worn in my entire adult life.

That’s a great way to end the day.