Well – the results are in. My self sabotage last Saturday had an impact – but I managed to pull things around overall.

My week ended on a positive note and for the 6th consecutive day I kept myself well under the RDA of calories for an adult male (2500kcal).

In many ways this and other weeks have been an ongoing experiment.

I’ve been attempting to determine whether some conventional wisdom (that if you cut 500kcal out of your daily intake as a man or a woman then you automatically lose 1lb per week) is nonsense or not.

I’m rapidly coming to the conclusion that it is in fact (for me at least) total b&@£0cks.

After weighing in this week I can announce proudly that I had a loss – of half a pound. 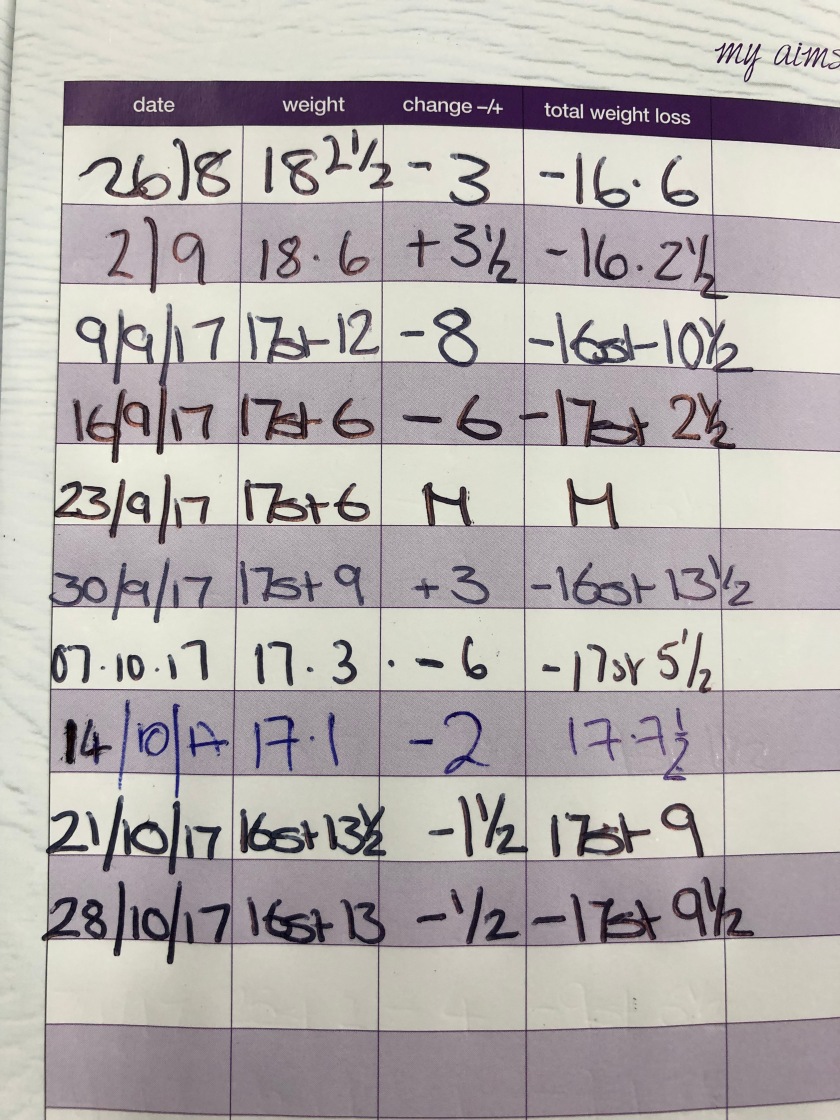 This means that I ended the week (after quite a lot of exercise over the last few days) with an average similar to the week before.

My intake since last Saturday was only (approximately) 100kcal more per day.

After losing ‘only’ half a pound (which to be clear I’m happy with and counting as a win) this makes me wonder – where would I be if I wasn’t exercising so much? Would I be losing more or less weight overall?

More to the point does it even matter at this stage of the game?

I’m at a place where I feel that I’m really fit (although I still want to be much fitter). I’ve also never been so healthy and physically vital in my entire life – so I’m of the opinion that it doesn’t.

As long as the inches keep going down and I’m making steady progress then I’m good.

However – I do want to know what kind of body fat percentage I have now. Today I called a few local gyms to ask whether they had a machine that measured this and was told that they did not.

They could measure my rolls physically – but not technologically. However one did helpfully offer me an overall physical MOT for the very reasonable price of £700…

Thanks Nuffield Health – but no thanks.

I think it’s a huge shame that Slimming World doesn’t have a scale advanced enough to determine these kind of things – because I think that simply focusing on pounds lost is not the way to promote a truly healthy lifestyle.

A balanced diet and eating healthier choices of food is really important – but I know for a fact that my diabetes didn’t go into full retreat until I radically increased my exercise.

Either way – today is a win for a few reasons.

Finally my clothes have never been smaller and thanks to my near endless capacity for taking selfies I would now like to present to you 3XL Davey in February standing next to his thinner 2XL self in May and then current XL Davey today.

All are taken in the same place using the same mirror.

Furthermore today – for the very first time since around 1990 I did up the button on a pair of jeans with a 38inch waist. As they were in a sale I bought them on the spot.

Since I started with a 66 inch waist this now represents a loss of 28 inches.

I also purchased the shirt – although I need to lose a few pounds more to be completely comfortable in this. It’s a bit tight around the midriff – but it’s also MY FIRST XL SHIRT.

So – yay for progress internet – in whatever form it takes!