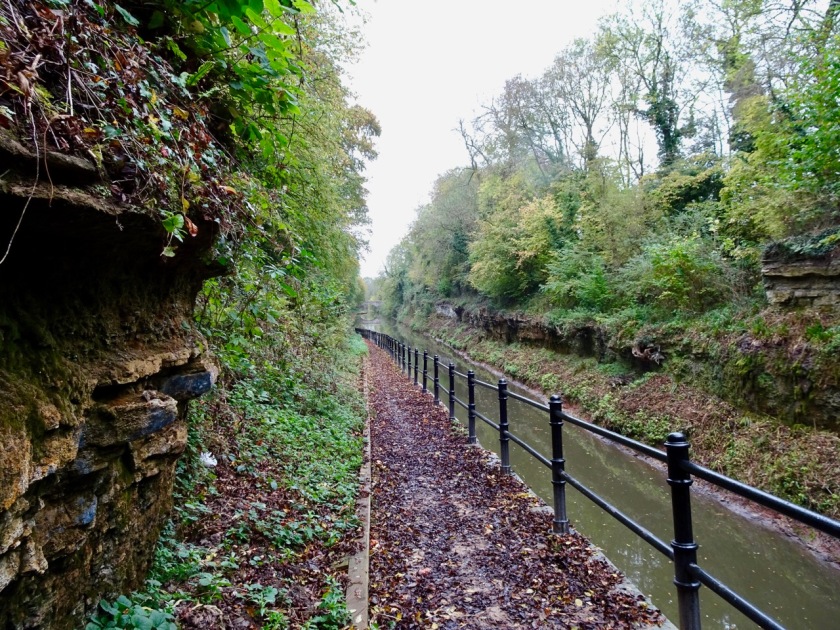 As part of a little project I have in mind I’ve once again been exploring another section of the Grand Union Canal today – and it’s not only a really wonderful place for quiet, uninterrupted twalking but it’s a fantastic little corridor of wildlife! 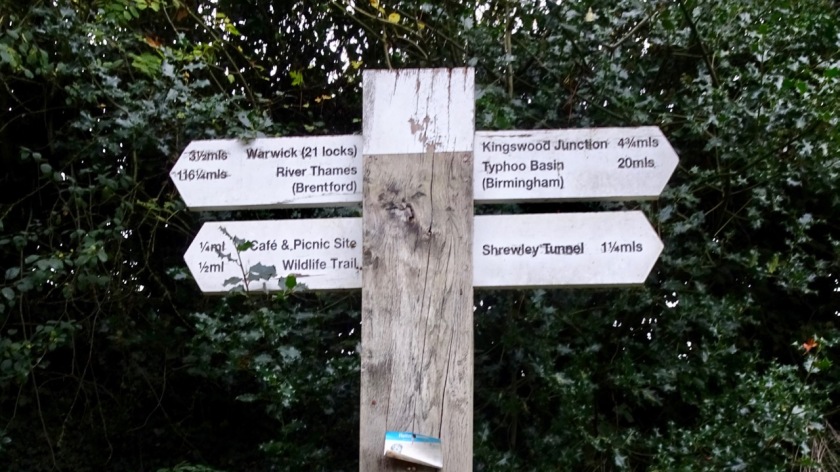 The section between Hatton Locks (where my friend and I started today) and Kingswood Junction (the mid-point of the walk) is around 4.5 miles – and despite the overcast autumn skies today and paths full of leaves the whole tone of the walk seemed very green indeed.

If you’re not shaded by a constantly leaning treelines then you’re bordered by large bushes, fields and patches of verdant moss or grassy banks. 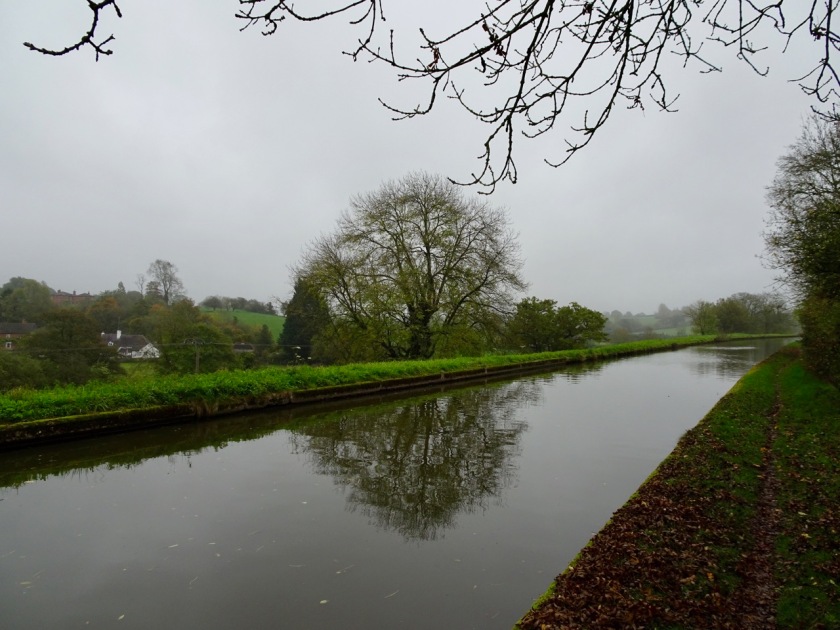 It’s an absolutely great stretch to walk along – and since I last came this way a decade or so ago the paths seem to have been much improved. There’s barely any mud – even after the rain that fell overnight.

This particular stretch of the canal is also really architecturally interesting thanks to the tunnel under Shrewley – which stretches (without a towpath) 396 metres under the village and nearby fields. 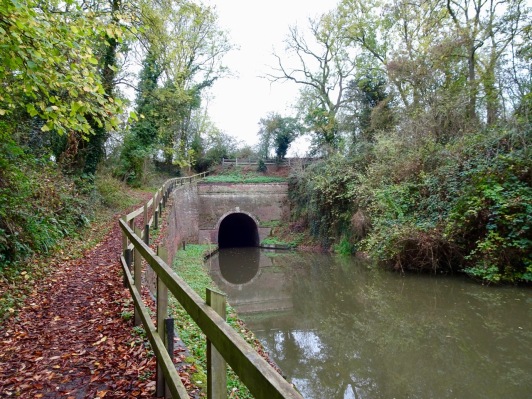 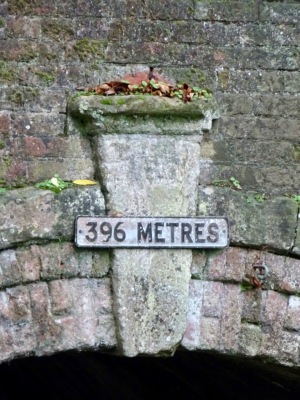 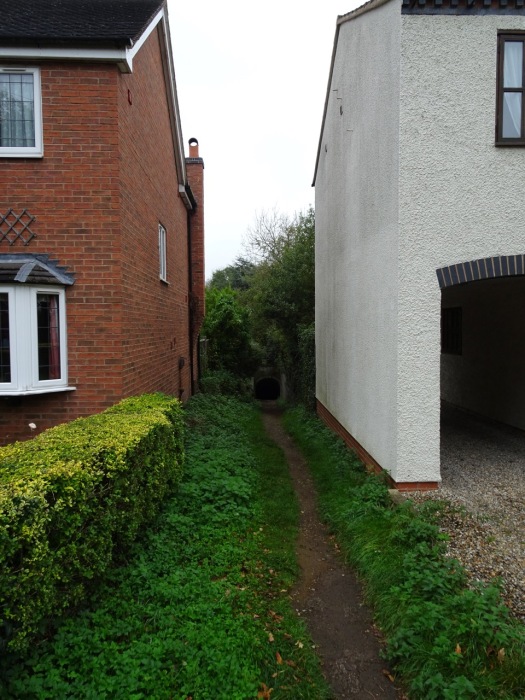 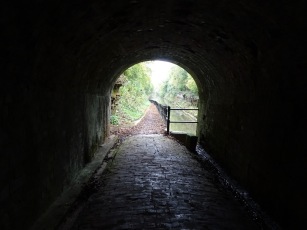 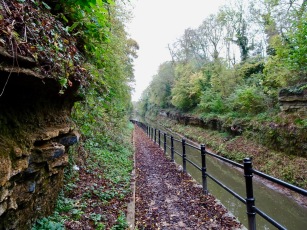 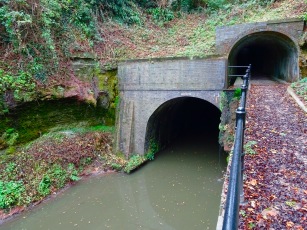 The only way to follow the canal on foot at this point is overland, past the village post office, over a road, and between some houses, where you drop into a second, disconcertingly dark tunnel.

It finally pops out into daylight on a raised path and you immediately get an idea of the sheer effort that must have been required to build this section of the Grand Union Canal.

The rock has been chiselled away to make a wide channel for a few boats side by side and in the tunnel you can hear the many waterfalls of ground water seeping through the brickwork into the canal below.

The surrounding rock strata and greenery also look wonderful together! 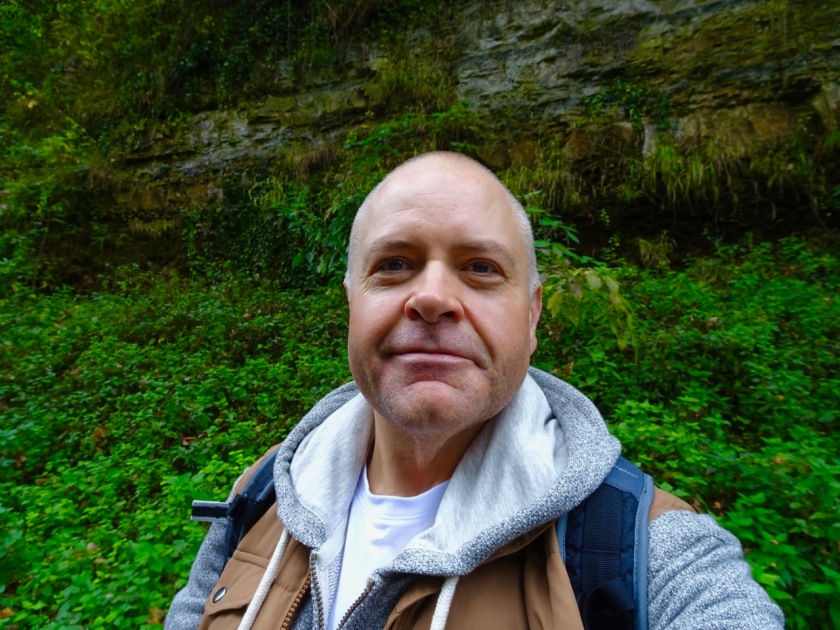 I think that the engineering skill required to make these tunnels is just mind blowing.

Like most parts of the Grand Union’s bridges and complementary structures this is all constructed from individual red bricks – and while it definitely looks old it’s still as solid as the day it was opened in 1799 (wikipedia link). 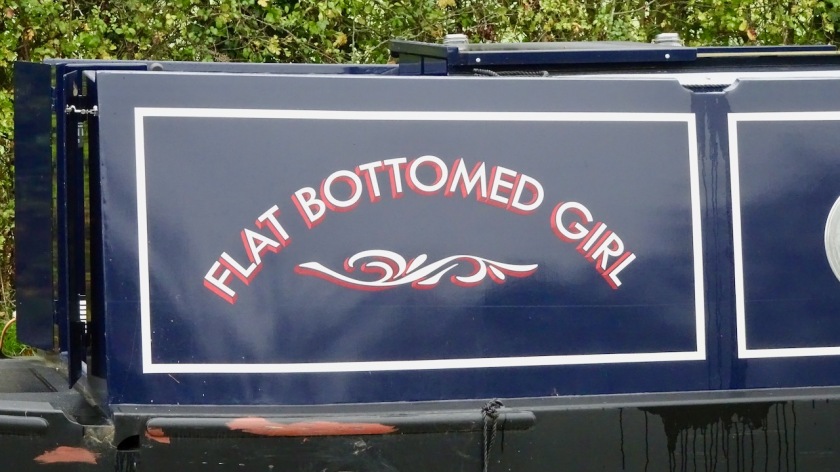 Between Shrewley and Kingswood junction there isn’t really a lot to speak of – unless you’re simply looking for views or whimsical names on moored boats or wildlife – and maybe because of this there are next to no passers by.

The legions of ducks (of which there were MANY) seemed half asleep for the most part and barely registered us as we strolled past. 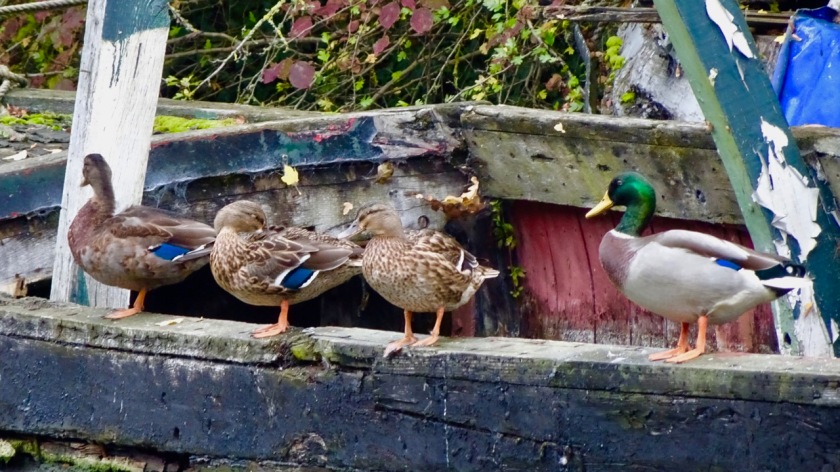 In fact my companion and I met only one person with a dog and a single barge slowly chugging in the direction of Warwick until we arrived at the Tom o the Wood pub for a rest and a coffee.

Things seemed marginally more lively here – but mostly due to a resident massive black labrador called Boris who wanted to investigate all of my pockets (and man parts) for biscuits. I didn’t mind at all though, because I got to fuss him for a while! 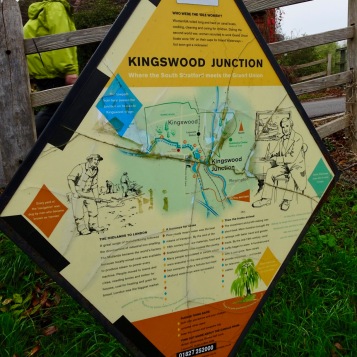 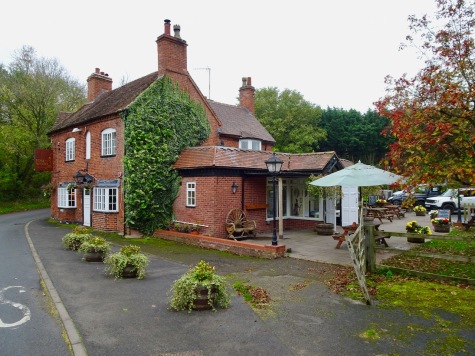 This is also a pretty sleepy neck of the woods (apart from hungry pooches) though. The only other thing of note are some moorings nearby and really chilled out looking goats which are either being kept either by the owners of the pub – or the people living on the barges.

Whoever they belong to they sure seem to be well looked after and relaxed! 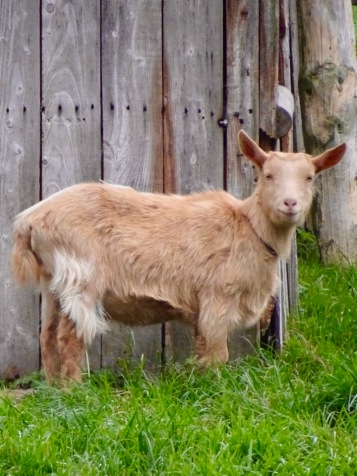 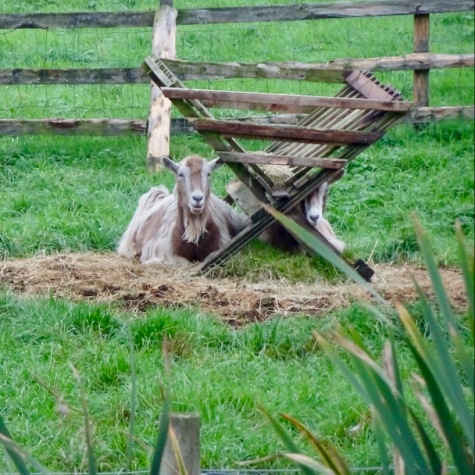 The most annoying thing about today though was the problem my compact superzoom camera has with low light conditions.

It really can’t handle anything fast moving when I’m in shadow, darkness or with a very overcast sky – and it makes it really galling when you see a pair of grey wagtails (a speedy little bird that swoops up and down across the water with incredible agility) and just can’t get a good shot of them without grain. 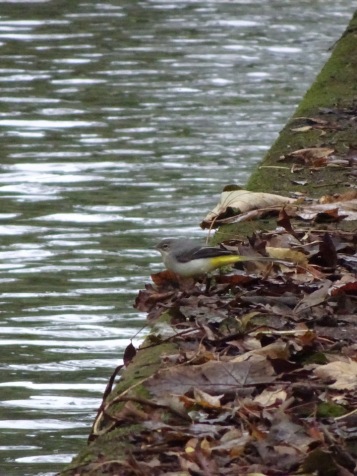 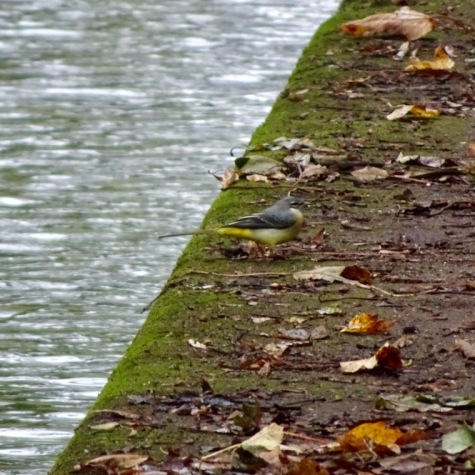 On the plus side for some reason my camera in these circumstances takes way better video than still photography – and I managed to get a few seconds of it walking around on the path ahead with it’s unusual bobbing gait before it shot off to the tree roots under the opposite bank.

Overall it’s been a really nice day of exploration – and it’s all helping me work towards what will hopefully be another loss on the scales this coming Saturday.

On the plus side internet (as you may have noticed in the shot above) I bought myself a really nice fawn coloured gilet from Aldi this morning super cheap and it’s an XL!

To make me EVEN HAPPIER in the photo I’m wearing two layers of clothing under it and one is a thick hoodie!!!

Yay for ever reducing fatness!