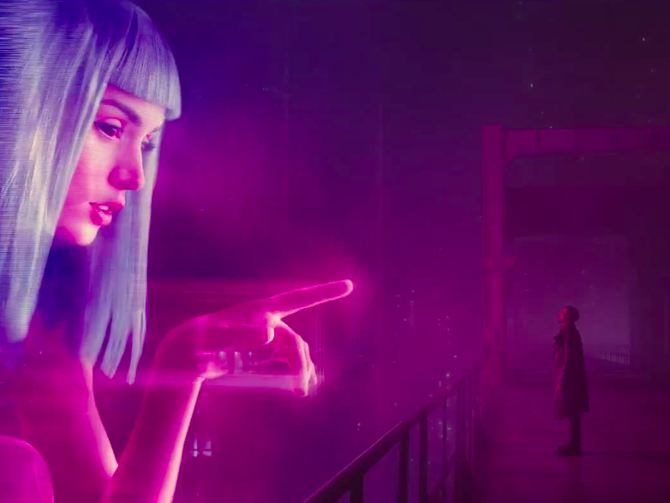 Compared to yesterday today has been an oasis of calm and tranquility.

Last night was supposed to round my day off perfectly – and after lots of walking and talking I finally arrived at my local VUE cinema to watch Bladerunner 2049.

The film is really REALLY good.

If you’re going to watch it I strongly recommend you watch the three companion short films on YouTube first. They’re set between the first and second film, don’t spoil the plot and help explain some of the references in 2049.

You can find them here.

My friends and I agreed that it’s not going to ever be quite as fantastic as the original – after all how could it be? That film (IMHO) is a masterpiece of cinema. However what it does do is carry the narrative forward in a worthy and extremely believable way.

The dystopian future previously brought to life by Ridley Scott is front and centre as before – and if it’s at all possible (within the space of the 30 years between the two) things have become even grittier and darker in LA.

It’s maybe a little long (my bum, now being a little less padded, went a bit numb towards the end) and possibly a tad too broody at times (I’m looking at you Ryan Gosling) but if you love the original then don’t worry. Sony pictures have remained true to the first film and it oozes with the same atmosphere.

I’d go so far as to say it’s a must see at the cinema. Do yourself a favour and see it on a big screen with great sound.

However – maybe not the same one that I went to….

Aside from the quality of the film things were not good with regard to my cinema experience.

I booked online days in advance – and had confirmed (in my grab below) tickets for a large screen (number one) with seats allocated in the middle of the aisle. 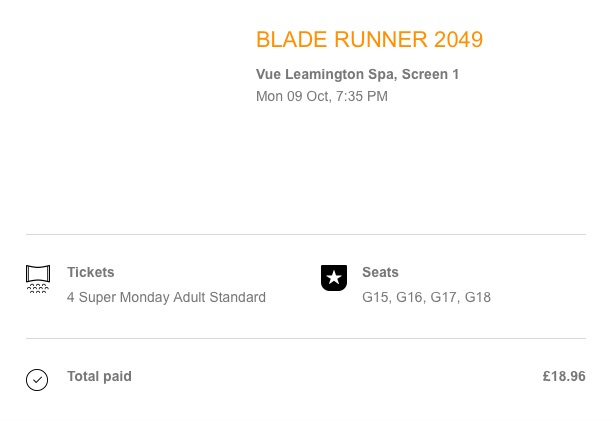 When I picked the tickets up the screen had been changed to a smaller one (screen 6) with the SAME allocated seat numbers. When we tried to go into the screen were told that it had been changed (again) to screen 3 – and the lady outside said ‘they’ve messed it up’ and told us to sit anywhere.

This seemed OK in principle – as the seats we’d booked in the middle were already taken. However people were entering the auditorium with tickets for both screen 3 AND 6 for the SAME SEATS.

We had to move three times in an attempt to be polite – until we eventually just refused to move any more – meaning the guy I ended up sitting next to was huffing and puffing for ages and clearly not happy with me or my friends – despite me explaining the issue and showing him the tickets with the mistake. 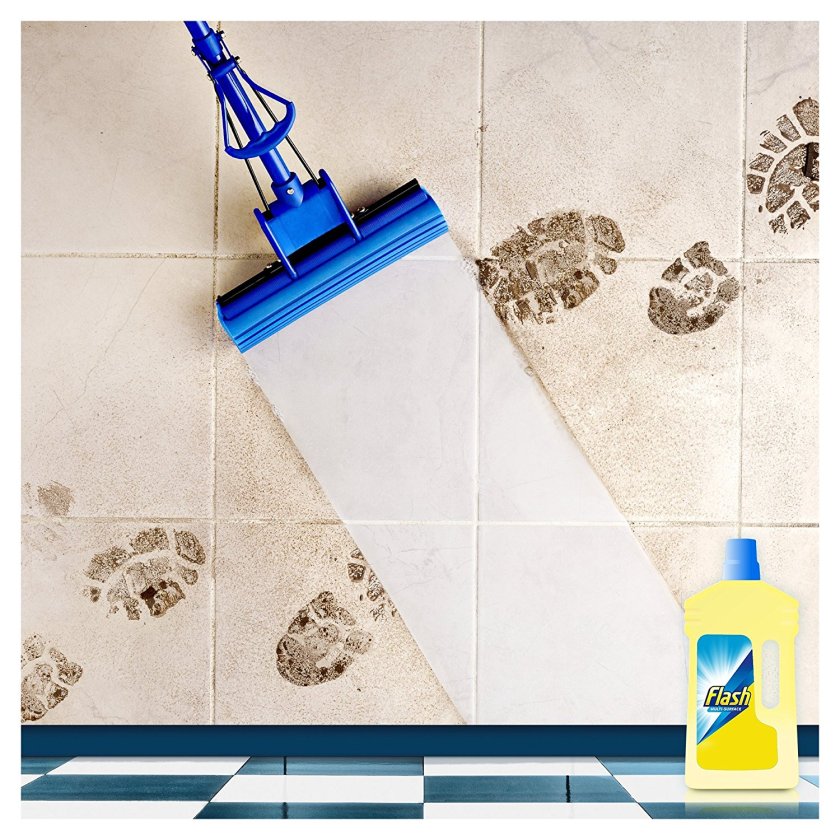 Amazingly when the trailers started it also seemed  (my friends all remarked upon this) as if someone had cleaned the screen with a large foam kitchen mop. When there were very light scenes you could clearly see the dirty streaks it had left behind.

If this wasn’t bad enough at the end of the film the mens urinals were all already (literally) about to overflow, along with the sinks – and when I pointed this out to the guy in the foyer, filling popcorn appeared to be his priority – not the pending flood of excrement that was about to cascade down his nice clean steps towards the front door.

Needless to say I’m going to complain. It made what should have been a very enjoyable night out one that became way more stressful than it needed to be.

Even though it was a cheap ticket night at Vue I was left feeling like the cinema had seriously screwed up and had absolutely zero interest in helping in the auditorium (there were no ushers at all) and was content to let customers fight it out amongst themselves with duplicate tickets.

Otherwise #onplanoctober continues full steam ahead and it was probably the best day I’ve had yet for active calorie burn vs calorie intake. I definitely expended way more than I ate!