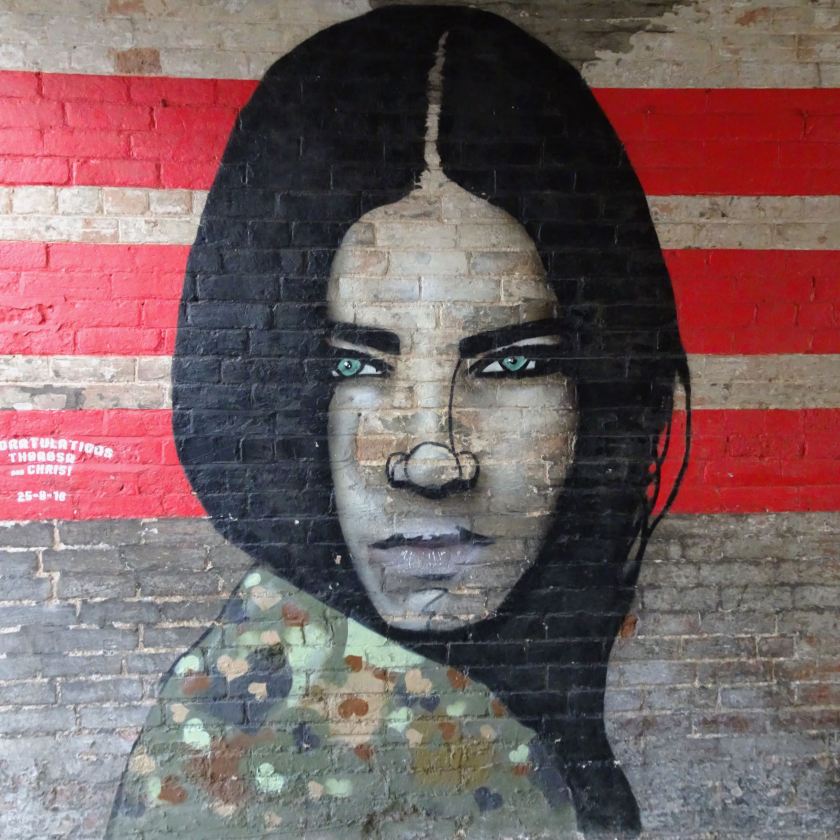 I’m feeling rather low today and I’ve had hardly any sleep.

I’ve been walking around and drinking coffee for hours and hours and if I’m brutally honest I wish I had something a lot stronger to quench my thirst.

This is one of those times where I question why I’m writing about myself. I don’t know if in doing so I’m being stupid or courageous when I write about what I do or how I feel. I guess only time will tell. It’s probably a bit of both.

As I edit and check this post I’m worried that it will paint me in a bad light (mostly because that’s at least 50% of the way I view myself today) but paradoxically I still have a need to put it on the page. I guess I feel that If I write down how I feel and I’m not completely truthful then there’s no point doing it in the first place, so I decide to do it anyway.

So, firstly – the reason I feel down.

My new job has ended.

I wasn’t pushed. Once more I jumped.

This morning I left my employment agency’s offices after a 30 minute long chat where I (politely and carefully) voiced a lot of frustration that I’ve mostly kept to myself so far. I spoke at length to the manager of the branch about why early this morning I’d walked a few miles to their office instead of my workplace and handed them my ID badge and resignation.

He listened very patiently and carefully and after I’d finished he shook my hand. I left feeling like over the last two months I’ve just made the same mistakes in life all over again. I think I’ve tried once again to re-create elements of my past and been met with something that doesn’t work the way I wanted it to.

I feel stupid – and that I should have seen earlier the reality of the kind of environment I was stepping into – but I didn’t. I focused on the fact above all else that I could walk to work and tried to focus on all the positives while I was there while tuning out the negatives.

Writing about what I decided to do this morning leaves me feeling very conflicted. I’m honestly worried that my actions may seem outwardly to friends and acquaintances like leaving employment is becoming something of a habit for me and that I’ll appear flaky or unreliable.

It would be disingenuous of me to go into detail about my company, their actual working practices (as opposed to their public ones), individual personalities that I’ve brushed up against or the full reasons why I left, so I won’t do that. Without a right of reply that’s unfair and unprofessional.

I will say that I wasn’t alone amongst my peers in feeling that what I was sold in my early days of my training wasn’t the reality of the environment that I ended up working in. I ended up quite surprised about how quickly the feeling that something was wrong became very acute for several of us after our initial (very positive) impressions in early August.

Honestly I think the only difference between me and the remaining people (three of the others left before me) is that I feel I’ve already wasted far too much of my life to be unhappy and stressed in a workplace – and when I see the potential for that happening in spades then I now have to act.

It all came to a head in a meeting yesterday where I felt a colleage was treated (as I and others had been at different times too) quite poorly. When I left work yesterday evening I was 90% certain that I wouldn’t be returning. Just in case I didn’t come back I emptied all of my personal effects from my locker into my bag and walked home in the pouring rain feeling like a complete failure.

I’ve felt that way for most of the day – but it’s also mixed in with a sense that I’ve probably done the right thing.

The big issue for me though is that while I’m making great progress physically in life I’m once again feeling adrift and uncertain about my future and my career. I’m also angry because I keep saying to myself (and to others) that I want things to be different – and that I want something truly new – but then I always stop just short of it.

The reasons are a mixture of fear, self doubt and no small amounts of uncertainty about what I need to do in order to move on in life.

What I do know is that the guy that sits here typing now is in some ways still alien to me. A few years ago (mostly because of his physical and mental immobility) he would have stayed right where he was, telling himself endlessly that what he had in front of him was all that he deserved and that it was the best that he could expect from his future. He’d have stayed put because deep down he was convinced he couldn’t cope elsewhere and that he would fail if he tried.

Some of that fear he had still exists and I’m dealing with it today. It’s making its presence felt as the voice at the back of my mind telling me I won’t ever succeed. There is however another, kinder voice (that never used to exit) that’s struggling to be heard -telling me I deserve to be happy and that I shouldn’t compromise – that I’ve come too far to just settle.

I twalked with my brother today about my decision and as I did we discussed what I might do instead in life. He sipped thoughtfully on a pumpkin spiced latte (which it turned out he hated) and we chatted idly about the absurdity of many of our common hang ups.

As we shared what was going on in our lives and our feelings about the past (and our childhood) I was struck by how alike we can be. Often I think we find ourselves duped by circumstance into thinking we’re moving in different directions when in reality we’re going the same way but just choosing different methods of transport.

Then we passed a little alleyway.

We stopped talking as we walked into it and both looked at some graffiti on the wall.

‘I’ve walked past that face for ages…’ He said ‘but until we passed by today I’ve never seen the other face next to it.

I looked to the left of the image of the woman with blue stripes, and there was another, mirror image bordered in red. The nose of the woman curved the same way, the hair fell in almost the same patten, and the line on the chins of both was clearly meant to be a reflection.

Then my eyes were drawn to the love hearts on their jackets.

Although there was clearly an attempt to create a mirror image facially no such care had been taken with the pattern on the clothing – and I realised that the image on the right had larger, fully formed hearts that appeared to be well rounded and even growing. On the left they seemed smaller and more indistinct.

Then I began to look at the lips of the one with the red border.

Were they slightly more pursed? Was she scowling just a little more?

What if both of these were intended to trick the eye and to seem to a passer by not paying attention that these two faces were the same, when in reality they weren’t?

What if this was the same face, changed by life – and outwardly like the person she’d been before but internally either harder or softer.

Was the red banded woman before or was she after? How had she changed? Why was she different now?

Of course, the woman is a mirror – but the reflection is mine.

That wall is me, right now. Different in so many ways yet still not quite understanding how different – or indeed quite what to do with the changes, and how to fit into the world with them driving my choices.