I made an early start today. I’ve a lot to pack into two days now if I want to get everything done. This working for a living lark doesn’t make fitting things in easy at all.

However – so far I’m making it happen, and as I was up early to get my shopping done before my first walk of the day. I’d have to do it quick because I had another appointment shortly after.

Today a good friend was coming back to Slimming World after a little time away – and I’d agreed with her that we’d go for a pre session chillout twalk around the park before we both stepped on the scales.

St Nicholas was nice this morning (the weather was lovely and mild) and there was plenty of life around – particularly joggers, who seemed to be constantly dodging my friend’s dog Pugly.

He perpetually wants to play and run around them – although I don’t think they they had time to reciprocate. 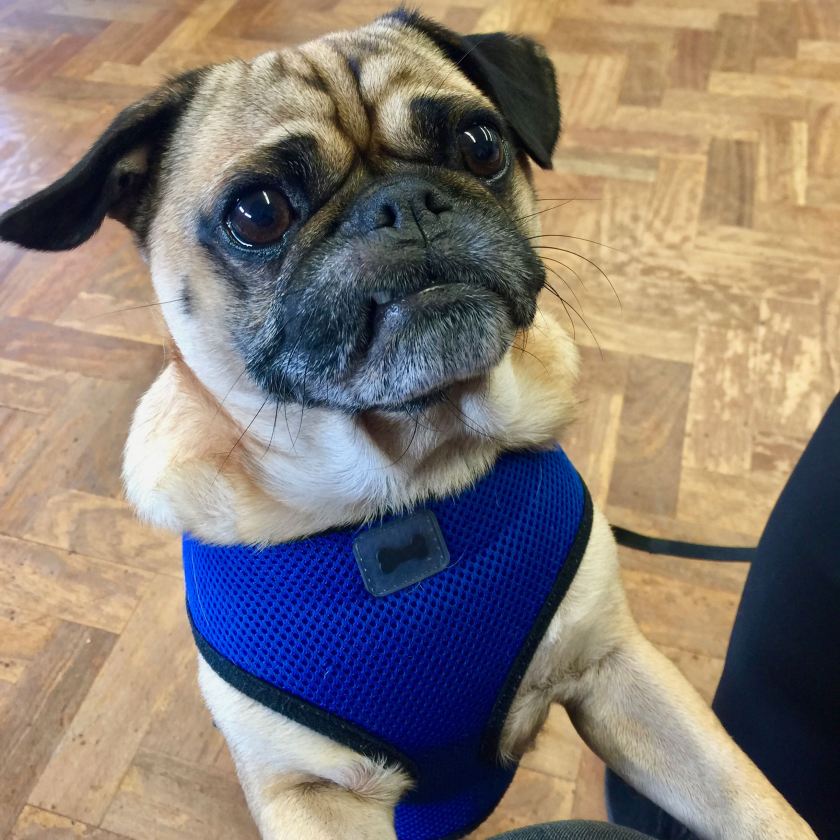 After just under 3 miles we wound our way down the river and back to group, just in time for it to start – where Pugly began his usual task of begging for food.

This little guy is really obsessed with eating – and in this respect I guess we’re kind of kindred spirits. I couldn’t help but laugh when my friend recently posted a picture of his ‘face of shame’ after he’d finally become enough of a puppy porker to set off the passenger seatbelt alarm in her car.

At Slimming World he’s in the right place for food optimising tips however. The venue was quite busy today and the group seemed larger than it usually is – with lots of familiar faces – and some that I haven’t seen for a while.

After saying hello to the ladies I stood on the scales.

I don’t know whether it’s the probiotics I’ve been taking – or whether something else is going on – but my stomach definitely felt smaller this morning. So much so in fact that I’ve worn a shirt today that last week while I was ill had suddenly begun to seem tight around the waist.

I’m also now wearing a pair of 40in waisted jeans that were previously a bit… ‘Great British Bake Off’ (without the soggy bottom) but that now fit me perfectly.

So – because of this I felt hopeful I’d lose something and was keen to get back to where I’d been before last week’s gain.

To be clear – I’ve done nothing new – no more exercise than usual (although this does mean that I walked a not insignificant 72 miles in total) eaten no differently – I’ve just kept sticking to what I know works and carrying on regardless.

I only went and lost eight frikkin pounds and got my sixteen and a half stone certificate!!!

As you can imagine this makes me exceptionally happy.

It’s also a great reminder that keeping calm, carrying on, not saying ‘screw it’ and most importantly sticking to what you know works will ultimately pay off.

Although there may be an occasional blip, my downward progress (when I look at it in the form of a graph) still looks like a largely straight line, which frankly I am REALLY REALLY PROUD OF.

There’s only one way to celebrate an event like this – and that’s to go for another walk – which thankfully I’d already arranged for the afternoon.

I said goodbye to everyone and after a chat with Angie as I helped her pack things up I headed home.

For a while I didn’t think that my second planned excursion would happen, as periodically it’s seemed like monsoon season today. Before I left my house this afternoon I could have sworn that (as the rain lashed down and rolling peals of thunder boomed out after several cracks of lightning) that I saw India float past my house.

However – at the very worst this meant I’d just sit and chat with my friend over coffee so I drove over to her house as planned anyway.

Since the walk we were planning to go on would probably now resemble a bog we instead headed along a route we knew would be slightly less muddy and decided on another stroll around Coombe Abbey.

As always this didn’t disappoint – and immediately the skies cleared – making the way ahead look very appealing indeed. As always Coombe is full of birds, and today was no exception – however there was an abundance of pretty much everything else you could imagine popping out of bushes and hedgerows today – including some baby deer and wonderful dragonflies – who I’m sad to say were both way too fast for my camera.

Other, more sedate creatures however were kind enough to pose for me as my friend and I languidly strolled around the grounds and surrounding countryside twalking the day away. 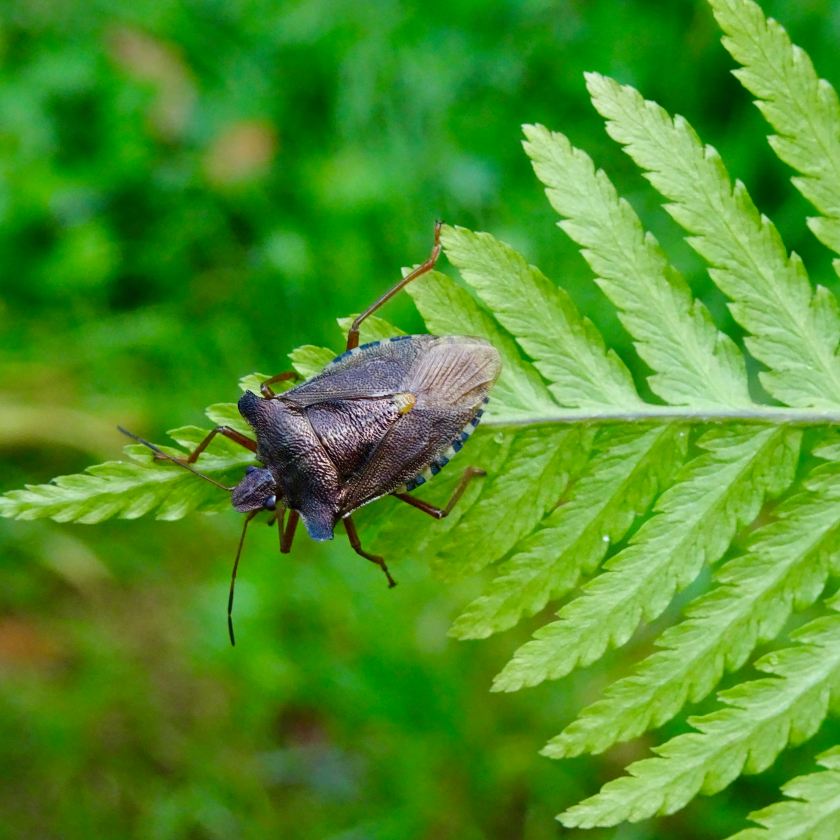 However – as interesting as all of these were the one thing that really caught my eye, just as I was leaving the (largely uneventful but very relaxing) birdwatching hide was a Red Admiral that was warming itself on a post about 20ft away.

I have to say that once again I’m stunned at the images that my little compact Sony 30x superzoom can capture from a distance.

All in all it was a really well timed walk with some perfectly lit sunny moments where the world came alive both underfoot and all around us, showcasing the best that the countryside has to offer at this time of year.

Although there aren’t an awful lot of flowers around at the moment, every so often one manages to catch your eye, and particularly after a bit of rain you’re reminded how awesome the little things in life can look when you stop to pay attention to them. 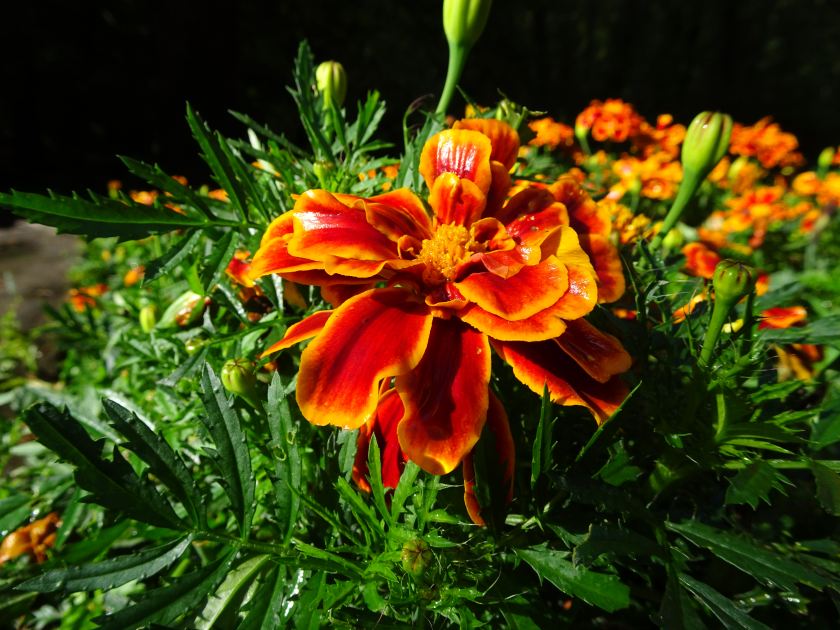 I’ve broken the back of the teens – and I’m in weight territory that I’ve not seen since about 1992. Those that are mathematically inclined will also note that there is a particularly significant milestone approaching that’s unrelated to a certificate – but that IS related to how heavy I am and how heavy I was.

Answers on the back of a postcard internet. Can you work it out?

Love this shop! https://beatricevontresckow.com/ if only I was rich (and a girl) I’d wear all of it!!! 🦩
This was basically my weekend attempting to fit in as much exercise possible and getting soaked thanks to hurricane Dennis
Funky bird 🥰
Every day is a great day when you find a bean, add it to your collection and pop someone else’s rubbish in the bin. On the downside society is full of messy idiots - on the upside they keep giving me free coffee!!! On my best day this month I found EIGHT BEANS - which says a lot about the disposable and careless society in which we live. #keepbritaintidy
I love looking at my wordpress blog stats (link in bio). While@most of my traffic is in the uk it travels further and wider than I ever will! We really are a global village!!!
Hurty boo boo 🤕 I really pulled or twisted my wrist on Saturday! It feels a bit better now but it’s gonna be a while before I get back to doing my one handed pull ups and caber tossing. Dammit. Was so close to the Olympic javelin throwing qualifiers as well. Maybe next year 😢 #braveboy
The face of a man who walked into a lamp post WITH HIS EYES WIDE OPEN and ripped his jacket 🤬
Completed the most swims I’ve ever done in a month today! 27! That’s 31 kilometres (Phew) 🏊‍♂️
1250 move rings filled since I got an Apple Watch!!!
A rather soggy but also rather pretty view of Aber this morning 😍
Salad after a lovely cliff side walk #treehouseaberystwyth
Thoughtful 🤔 #clarachbay