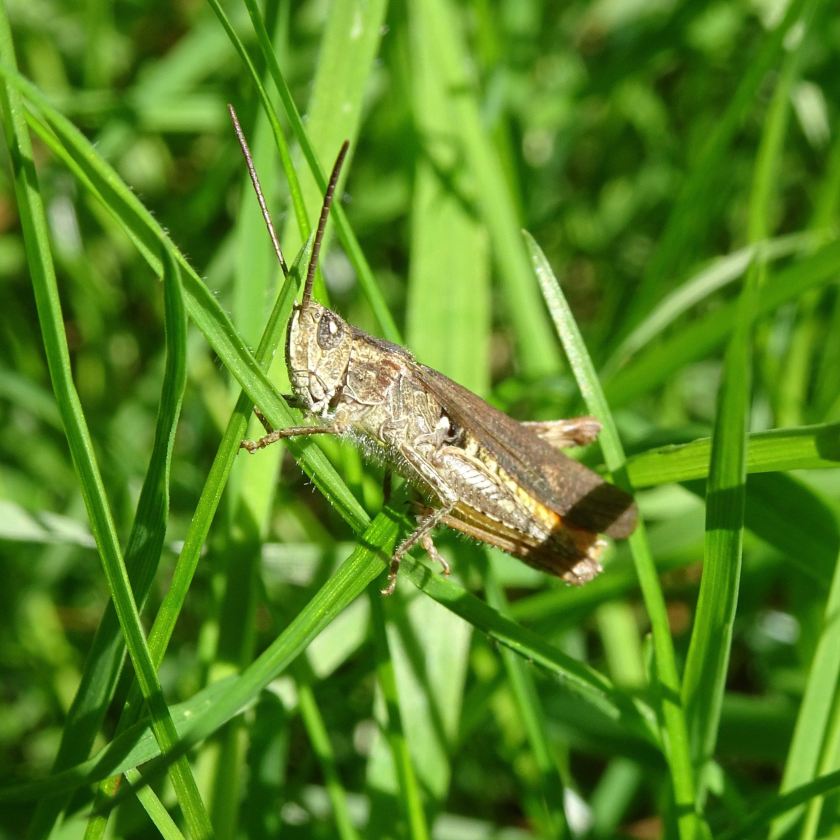 Atomic Blonde is an awesome movie.

I’m just going to get that out of the way from the word go. If you like your action slick and stylish with a pumping, and totally authentic soundtrack that completely evokes memories of the period (1989) then this is the film for you.

I went to see it late last night and shortly after midnight left the cinema still absolutely buzzing and chatting it over with my friend as we walked back to my house along the dark and strangely quiet streets.

We were both of the opinion that Charlize Theron and James McAvoy absolutely knocked this out of the park – and although I (kind of) guessed what was going to happen from the beginning, the payoff at the end of the movie was still nothing less than completely satisfying.

If you’ve not seen the trailer yet then you can find it here.

However – if you also fancy buying the (awesome) soundtrack then I’d advise NOT getting it on the currently ridiculously trendy vinyl format. Amazon appear to have temporarily allied themselves with Sioux Indian tribes and are busily engaging in modern day scalping… 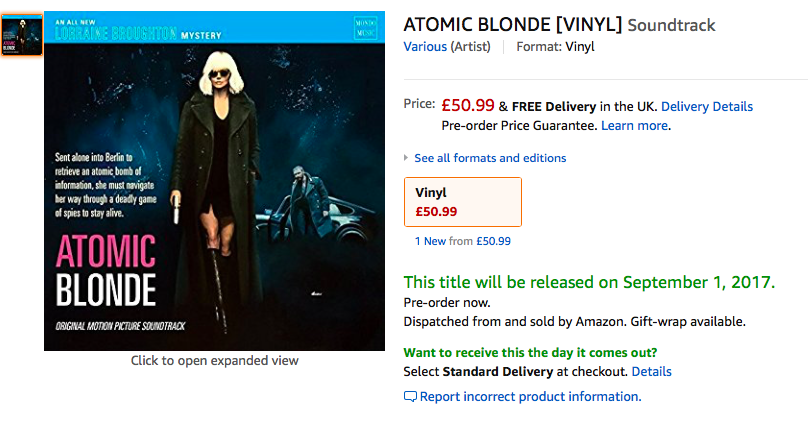 However – if you can pick yourself up off the floor after that whopping £50.99 kick in the man globes (or sensitive lady parts) it is possible to get it cheaper. iTunes (if you’re feeling virtuous) is more reasonable – but I’ll leave it up to you.

Go to see it and then try not to want the sountrack.

Another reason to love this film by the way is found in the evocative East German punk grunge backdrop – and graffitied concrete decay surrounding the Berlin Wall prior to it’s fall. One thing in particular that stuck with me in a club scene was a glowing neon message on the wall in the background.

It said simply ‘Everything you want is on the other side of fear’.

I’ve not seen or heard this phrase before – and it metaphorically stopped me in my tracks. The words could have been pulled right out of my head that morning and thrown onto the screen in front of me later the same day.

I was talking with a fellow Slimming World’r outside of our group on Saturday and we were both reflecting on how life has changed for us – particularly regarding how in our past lives (losing lots of weight is for those that go through it something akin to a reincarnation experience) we’d learned to just say ‘NO‘ to everything in life, because of long held and deep rooted feelings about how embarrassing saying ‘YES‘ would be.

Saying we WOULD do something as opposed to NOT doing it would usually mean we were in unfamiliar places, out of breath, in pain, unable to fit into seats, sweating profusely climbing stairs – and a whole variety of other tortures.

So we instead just said ‘no’. All the time.

This meant the world just got continually smaller – and our attitudes to everything (without realising it) began reflected our fears in order to explain our behaviour. ‘No’ provided an invisible barrier, that eventually we didn’t even recognise existed until it was stripped away.

As time’s gone on both of us have started saying ‘YES‘ all the time, and trusting that things will work out, because we’re now stronger, more nimble and more able to cope with the world.

It’s a difficult habit to get out out of though – and we agreed that it sometimes still requires a conscious decision to say YES after decades of automatically saying NO – but when you DO then your world starts to blossom.

It’s really true. EVERYTHING you want is on the other side of fear…

I awoke today really early, and still in a blindingly good mood thinking about this, so I decided to spread cheer/p*** the neighbours off and mow my lawns.

It was glorious outside at 8am – but it’s been a few weeks since I paid the garden any serious attention and it was looking a little ‘fluffy’ around the edges. It was a perfect opportunity to stick some chilled out beats on my headphones and go for it.

I’m absolutely addicted to this track by Pogo at the moment.

He’s hands down my favourite source of unique YouTube music – and I consistently go back to him again and again. I must have listened to this track about 100 times already and it was only uploaded by him yesterday.

It was also a really nice soundtrack to a sunny sky and swaying trees and grass.

I’m pretty glad that I’m not a lawn Nazi. If you let it grow a little bit there’s so much more interest to be found.

My frog population seems to have retreated a little – but all of a sudden (with a lot of dead ivy leaves falling from my tree after I cut their roots) I have a mushroom invasion – and seemingly out of the blue I noticed yesterday that there were some pretty epic ones hiding in the grass.

As well as this (when I eventually took my headphones off) I realised that the lawn was absolutely alive with masses of little crickets – who were all making a symphony of noises.

If they weren’t chirping away all over the lawn then they were languidly sunning themselves on the warm wood of my shed. There were whole colonies of them, just chilling out and saying ‘please take a close up photo of me whilst I relax!’ 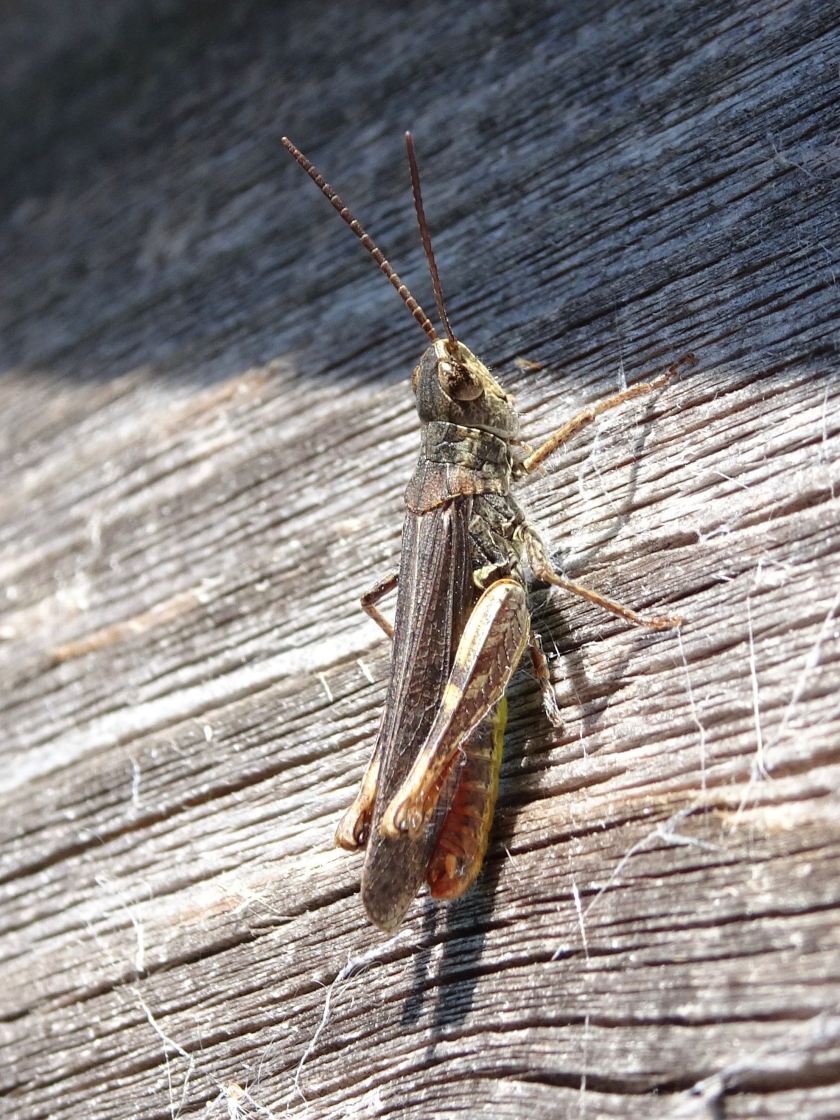 After a couple of hours of weeding the borders and mowing my front and back gardens they were back to (almost) good order.

Once I have some more space in my green bin I will have to attend to the bushes to the right out back – but otherwise it’s in good shape at the moment for the autumn and I won’t have to spend much energy keeping it in a tidier state.

Anyway – thats my lot for today.

I’m going to sit out there with a cuppa later this afternoon and read a book. It’s all ready for me and I don’t aim to keep it waiting. Before I do this though – I have a busy busy busy day tomorrow, and need to post some eBay items as well as prepare some food for tupperware storage.

I only just realised internet that my local post office is open until 10pm on a Sunday! That’s the bestest thing ever in the history of really awesome bestest things. 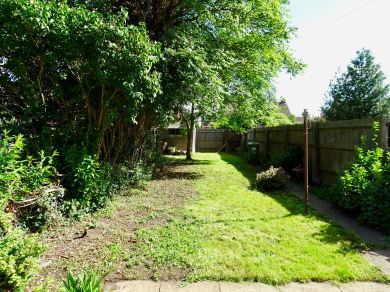 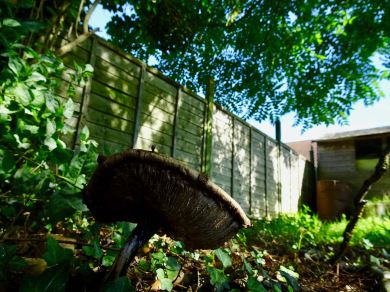