Fundamentally this week for me has been about forward progress, challenging some thought patterns about what I need from life and focusing on self improvement.

I’ve felt like I’m at something of a pivotal point in my personal ‘journey’ (I rather dislike that word if I’m honest but rarely know what to substitute it with) and I’ve been taking stock of all the things I’ve done and how I’ve felt as time has moved on.

Yesterday’s post was something of a revelation to me in that I felt I’d really learned something genuinely new about myself and quite without realising it had turned an emotional corner. It wasn’t until I started writing about it that I registered how important it was – and how crucial it will be to my continued progress as I move forward.

This morning I woke up just before dawn – and by the time I’d had a shower, got dressed and stepped outside the sun had just begun coming up. When I’d reached the park it was already becoming a truly beautiful day. 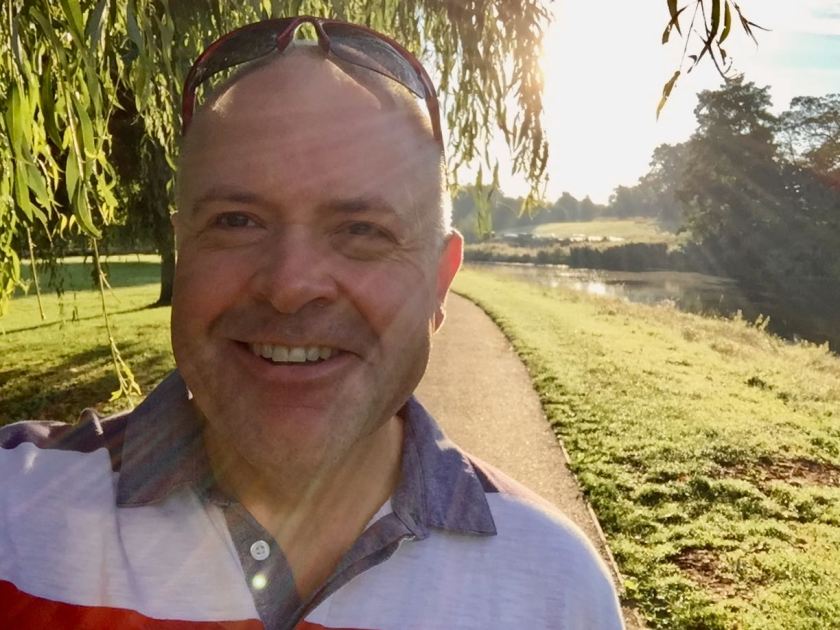 There are few better places in Warwick to see the sun come up than St Nicholas Park.

I can’t believe that prior to my attempts to improve my life that I visited this place only a handful of times in the decade and a half that I’ve lived here. In many respects now it’s become something of a gentle and nurturing parent – showing me new facets of of myself as I’ve changed and grown.

It’s allowed me to sit on its benches when I couldn’t walk any more, lie on its grass when I could no longer stand, introduced me to many people I didn’t know previously – and watch its many feathered offspring grow in parallel with my own development. 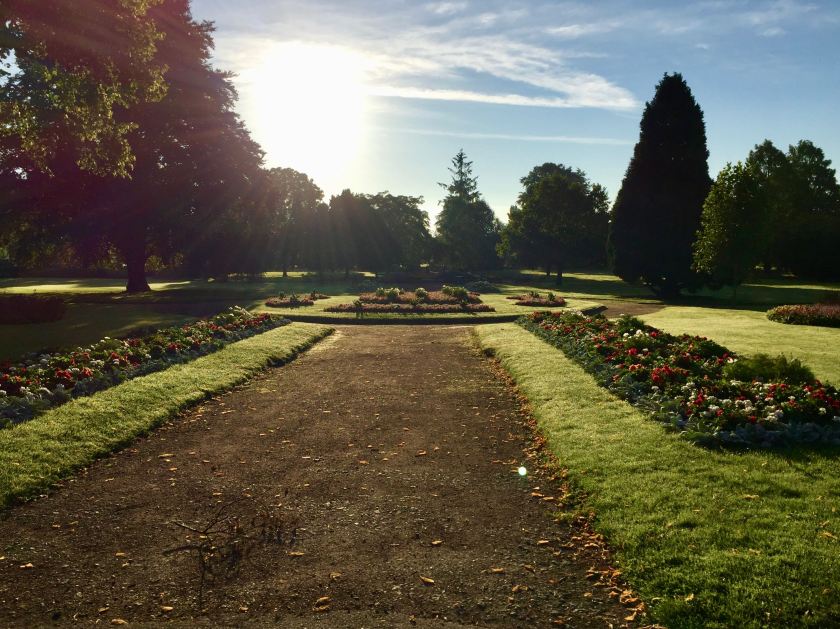 When I see the sun come up here it’s symbolic of much more than just a pleasant walk in the park. Whereas before it was just a convenient place to get fit now I see it for what it’s always been. It’s a living, breathing space sitting at the heart of the community with personality that I’ve come to feel deeply attached to.

Every time I visit something subtly changes. The light is different, an occasional heron launches itself from a reed bed as you pass or tiny little mushrooms pop up before quickly disappearing again a few days later. 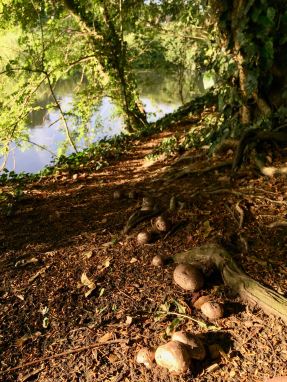 Today an old friend and colleague passed by during his morning exercise.

One can’t help leaving this space feeling both invigorated and alive – and today I’m in a great frame of mind.

Next week is going to be an even busier one than usual for me – and this afternoon whilst thinking about the future I was looking again at this photo comparison. 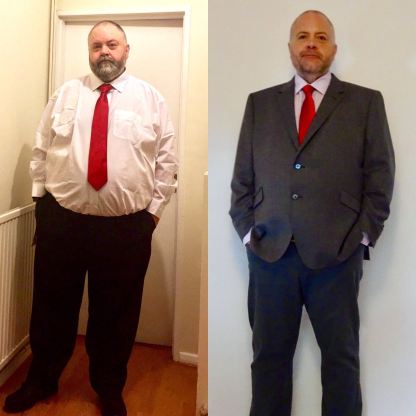 In some ways I feel that to get hung up on the superficiality of how I look is rather shallow. I try not to be vain, but this is something different entirely. It’s more of the same pride from yesterday’s post.

I was really happy with these pictures (and I still am) but what I failed to mention at the time was that the guy from December 2016 on the left (although it’s not in the pic) had to wear a very large belt around his trousers, that he purchased at the same time.

‘New’ Davey is actually wearing the SAME belt in the Aug 2017 pictures on the right.

It’s a little modified now though.

In the interests of economy I’m more of a ‘make do and mend’ type of person these days – and there’s very little you can’t do to an old belt with a sturdy pair of sharp kitchen scissors and a hole punch.

If you look carefully at the top portion you can see the indentations where I started to use the belt from the 3rd notch in. I then made more and more holes as I lost weight until it just got too cumbersome and heavy to wear.

In order to use it now with smart trousers I’ve hacked a 15 inch chunk off the end of it, made some more holes – and I’m now using the 2nd one along. All in all I’ve dropped around 14 inches between the two pairs of images above, and that outfit on the right is part of the reason I feel so confident and happy at the moment.

Another is that while looking at the stored photos and videos on my computer I found something that I thought had been deleted long ago.

It seems like someone else now. At the time I was fascinated with the new slow motion video mode on my iPhone and temporarily willing to demonstrate it’s brilliance by allowing my brother to film me, thinking I’d just get rid of the evidence later.

Clearly I got drunk and forgot about it – but I’m glad that it didn’t end up in the trash.

Tomorrow is weigh in day. Who knows what will happen, but when faced with such clear VIDEO evidence of how far things have progressed, how can I fail to be anything but happy with where I am now?

I wouldn’t want to be anywhere or anyone else.