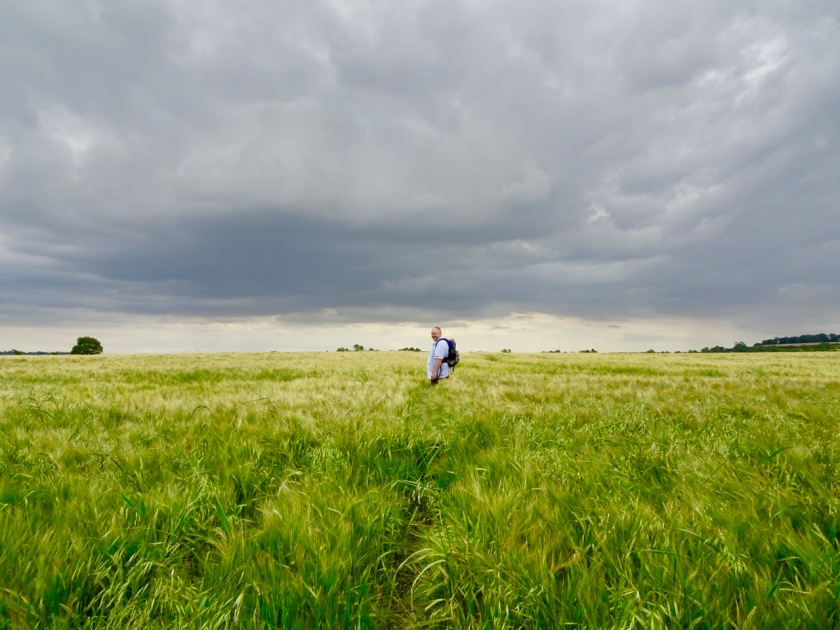 Something that I (shamefully) used to say to close friends and relatives was that I fully expected to die in the very near future, and that I was resigned to never reaching a pensionable age.

The odds related to my weight seemed to support my often bleak approach to life and I was in retrospect doing everything humanly possible to ensure that this was a self-fulfilling prophecy.

As surely as if I’d hopped into my bath with a toaster I was killing myself – but ironically I could no longer fit in it – with or without electrical appliances because I’d instead chosen the slower ‘death by eating and alcohol abuse’ approach.

To my eternal shame I remember saying all this to someone with cancer and instantly thinking to myself how perverse my attitude to life had become. I was throwing good health away on a whim whilst someone close to me was fighting to stay alive.

Even then I failed to change.

In the meantime I actively avoided going to see my doctor (if at all possible) and buried my head in the sand about multiple developing health issues. However, despite my glib attitude to what I then thought was an inevitable future (that I ‘knew‘ would happen with absolute certainty) I was as much in denial as it’s possible for a man to be about the reality of how my end would probably come.

I may not have died like John Candy did (at his reportedly heaviest weight of 325lbs he was around ten stone lighter than me when I started Slimming World at 485lbs) which was quickly, of a heart attack, in his sleep at around the same age as me.

I’d be just as likely to suffer for a long time with ever decreasing mobility, joint pain, sleep apnoea, insomnia, incontinence, diabetic fogginess, wrecked knees, oedemas swelling my legs, deteriorating eyesight from retinopathy etc etc. The list goes on and on, and it still upsets me to think about it. I experienced all of the above to some extent by the time I had reached nearly 35 stone.

Despite being a really happy person now I’m often still pulled back to the past by unexpected feelings or events. In these moments I feel intense anger about what I used to do to myself – or at the very least have a burning sense of wasted opportunity and regrets over a life not fully lived.

I ruminate on this a lot when I’m twalking with friends. It’s good to explore these feeling and (in doing so) to somehow purge them. I started writing firstly because I wanted a record of who I was but also to excise the pain that I felt both emotionally and physically as I pored it out onto the page.

I still use this blog primarily as a diary and it’s partly why I’m so honest despite regularly having the opposite impulse. I started writing this post a few days ago but couldn’t bring myself to publish it. I don’t aways want to tell people about my more introspective moments – but if I lie then I feel that I betray only myself. The memories that my posts contain continually get used as fuel to push me forward. Once they’re out there in public I can’t deny or ignore them, and have to follow through on my convictions.

However – although I’m doing well emotionally these days it’s physically where I came from still bothers me. One of the things that’s always in the back of my mind is what might be lying in wait for me underneath my skin.

Over the years I’ve done a lot of awful things to my body and there’s always the possibility that my past smoking, drinking, lack of exercise, crappy diet or even my genetics are still going to me cause problems in later life. I know that to an extent I can’t control this. I can only try to be a better man from now on.

The thing is – I don’t just want to live a longer life – I want to live a fitter and more active one – and I’m determined to keep getting better in every respect that I can.

There is a part of me however that thinks that if the universe had a sense of humour similar to my own it will probably drop a piano on me the same day that I reach my target weight just to prove that I got away with nothing and that everything has a consequence.

I live in hope though.

My health is very good lately – and unlike my ‘previous life’ I recently promised myself that I would go to the doctor for a check up if anything seemed untoward now that I’m on the right track.

Currently something seems a little off and has been for about a month.

I keep getting what seems to be (according to my online research) postural hypotension – which is a really light headed feeling and dizziness when standing up from being seated or bending down.

This is currently annoying more than anything else and usually passes quickly – but a couple of times I’ve had to hold onto something to stop myself from falling backwards. Amongst my immediate peer group it seems that I’m not alone in experiencing this – and from what they’ve said most people I know have this from time to time.

However part of my brain (a paranoid and worrisome bit tucked away in the dark at the back) is wondering if this is nature calling time on my energetic fun and telling me that there’s something that I’ve not managed to fix with my new lifestyle.

When I had my blood pressure checked in January 2014 it was 140/77. I didn’t think much of it at the time (my doctor said simply that it was a ‘little high’) but looking it up I know now that this is stage one hypertension (high blood pressure) and that if left unchecked it has some pretty serious implications.

During the pre-testing before my last diabetic review in March 2017 it had dropped to 124/70 – (which is a really good range to be in) but yesterday when I went to the doctor to discuss this phenomenon I appeared to be on the slightly lower end of normal at 110/70.

This in itself is not cause for concern and it also isn’t necessarily the reason for what’s happening – so I have to have a supplementary blood test booked in a couple of weeks (there’s a waiting list as usual).

My friend asked me as we walked around Brandon Woods (talking about this unpublished post) yesterday ‘Do you normally suffer with low blood pressure?’

I had no answer. It’s impossible for me to say.

My body is (currently) always changing and I no longer have any idea of what ‘normal’ feels like. Everything is always new to me and I’m learning day by day as I get fitter and smaller what it does when it’s no longer encumbered by excess fat and expending all it’s energy on retaining equilibrium.

Do I ‘naturally’ have a pre-disposition to this?

Who knows? I certainly don’t.

On the plus side my blood work is going to be a full one to check my kidney function (problems here can apparently lead to these symptoms) my cholesterol and my glucose levels (HbA1c).

From what I read on the NHS Choices website slightly lower blood pressure isn’t necessarily a bad thing though – and I have quite a long way to go before it’s actually considered low:

So – I’m probably worrying about nothing – and I went to the doctor just to be sure I was fit and healthy – but I as I explore here why it’s on my mind so much I realise that my underlying fear that something might be amiss is because I now love life.

I have moved from not caring at all about dying (and in some respects wanting it to happen just to end the cycle that I was trapped in) to clinging onto my newfound vitality as tightly as I can so that I can experience everything that I missed when I didn’t have it.

Each moment has become incredibly precious.

If anything internet it’s a good thing being reminded of mortality and the fact that you’re not superhuman. It ensures that there’s always a reason to keep trying – even if your less energetic inner voice would prefer to sit on the sofa.

On that note I need to go to bed…

I haven’t posted a weight loss picture for a while - as it’s fair to say that for one reason or another I’ve struggled lately. However - after some flipping hard work and a positive turn of events this year I feel like I’ve turned a corner. I think my mojo is back and I’m once again heading for my target weight. Hopefully I can get back to it (top of range with my current target is 15st 3lbs) in time for my 2nd anniversary of originally hitting target! #slimmingworld #slimmingworlduk #slimming #fitnessmotivation #fitness #healthylifestyle #healthyfood #healthyfood #foodoptimising #diamondtargetmember @angie.slimmingworld
I don’t normally post pictures of bags - but my fellow geek and partner in crime occasionally buys items on Etsy that really float my boat. This bespoke, one off handmade Star Trek bag is fudding superb!!! (Details of the maker on the last photo) #startrek @tarniacherrett
Had my flu jab today. I was a brave little boy. 😥 get yours and be safe. Or if you believe the conspiracy nuts join the Illuminati’s mass sterilisation programme and make sure you don’t impregnate anyone. 👍🏽
What on Earth was wrong with the sky today? Isn’t it supposed to be grey and filled with water?! ☁️ 🌞
I do love the geek statues and busts in collectors assemble - just wish I had unlimited disposable income!
The wonderful world of Victorian stamps 🤔
I’m sensing anger about the ‘accidental’ fire and subsequent redevelopment of this site.... 🔥🔥🔥🤔
2019 is nearly at an end - and while I could take a moment to talk about losing weight and how my Slimming World journey has gone there’s something waaaay more important that resulted from it - and I don’t need any words. I just look back at the smiles and remember every time I held hands with the person who’s become the centre of everything. Here’s to a lot more happy memories and a wonderful 2020! Have a great new year everyone 🤗
#maths #sprouts #tesco
Oh my word - although far from syn free we decided to try another way to do mince pies. These are milk washed weight watchers wraps with grated apple, cranberries, and mincemeat rolled into them before being oven baked for 15 mins till hot and crispy. The topping is vanilla Muller Light 😋😋😋
10 miles of body magic in the muddy but glorious countryside and sunshine of Warwickshire in Christmas Day #slimmingworld #slimmingworlduk #slimming #fitnessmotivation #fitness #healthylifestyle #healthyfood #healthyfood #foodoptimising #diamondtargetmember @angie.slimmingworld
Christmas Star Wars cufflinks!!! 😱😍🎅🏻🎄🎁