When I wrote my downbeat and reflective post on Sunday I hadn’t seen the news about Saturday’s terrorist attack in London.

I have now – and if ever there was a need to try and see the brighter side of things I think it’s today. It would be wonderful if everyone with hate in their hearts suddenly woke up tomorrow and decided that they were going to stop trying to kill each other – and just tried to see the beauty in life – but I don’t think they will.

One can dream though.

My personal problems seem insignificant as I type this evening – but honestly it’s not all because of the horror on TV regarding this pointless atrocity. I went out on Sunday morning primarily with the intention of re-framing my perspective – and taking the time (quite literally) to just smell the roses.

The retail therapy I mentioned in my last post was related to me buying something (although admittedly not a necessity) that would help me focus on the little things and make sure I went outside.

I bought myself a new camera and then went hunting for nature.

Maybe the most obvious things to take pictures of are flowers – but in this case it’s not really the best time of year for them. A lot are wilting – but there are some that are doing just peachy – and lots of busy little bees are out there in force gathering up their pollen. 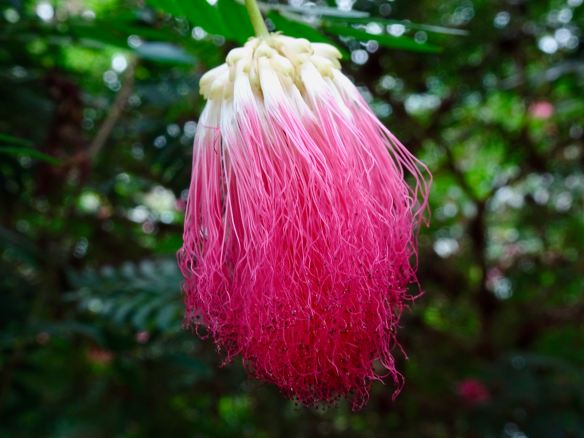 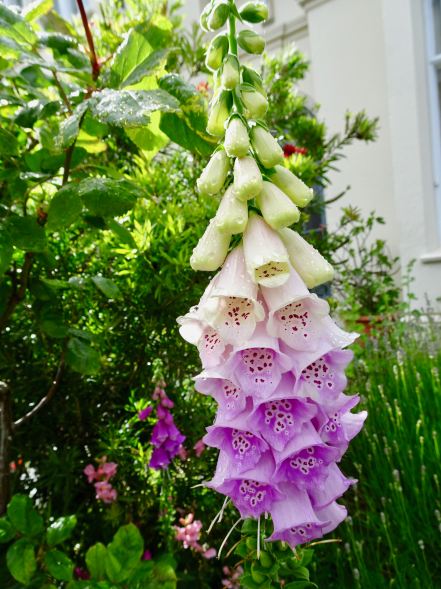 I couldn’t help but chase squizzels around too – and although I missed this gorgeous little guy posing in front of me eating a nut of some kind (my camera was in my bag dammit!) I just caught him at full zoom as he made his escape to higher ground. 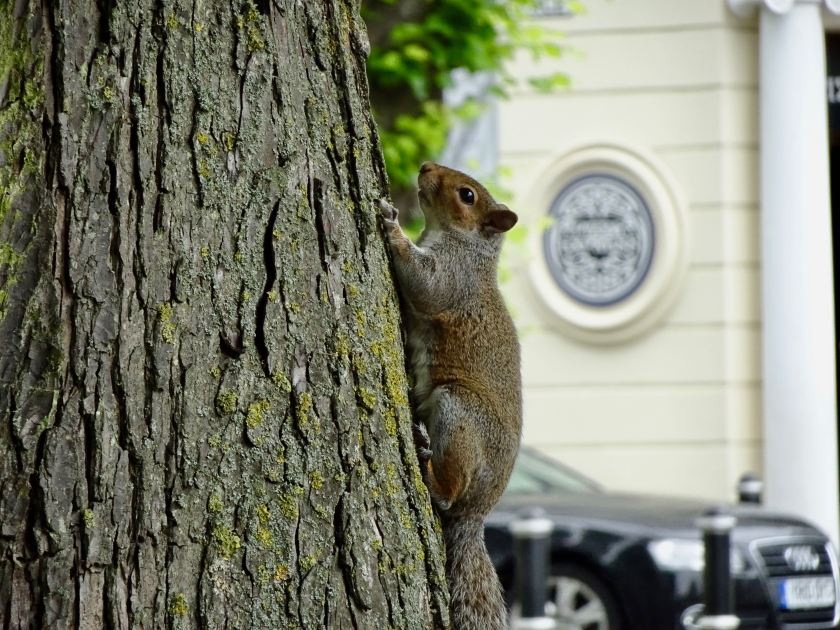 He wasn’t the only one that caught my attention. I also spent a while by the pond in Jephson Gardens watching a particularly shouty duck – who was clearly having some kind of domestic row with his partner. I’m not sure which one it was that forgot to buy milk – but he was definitely letting her know about it. 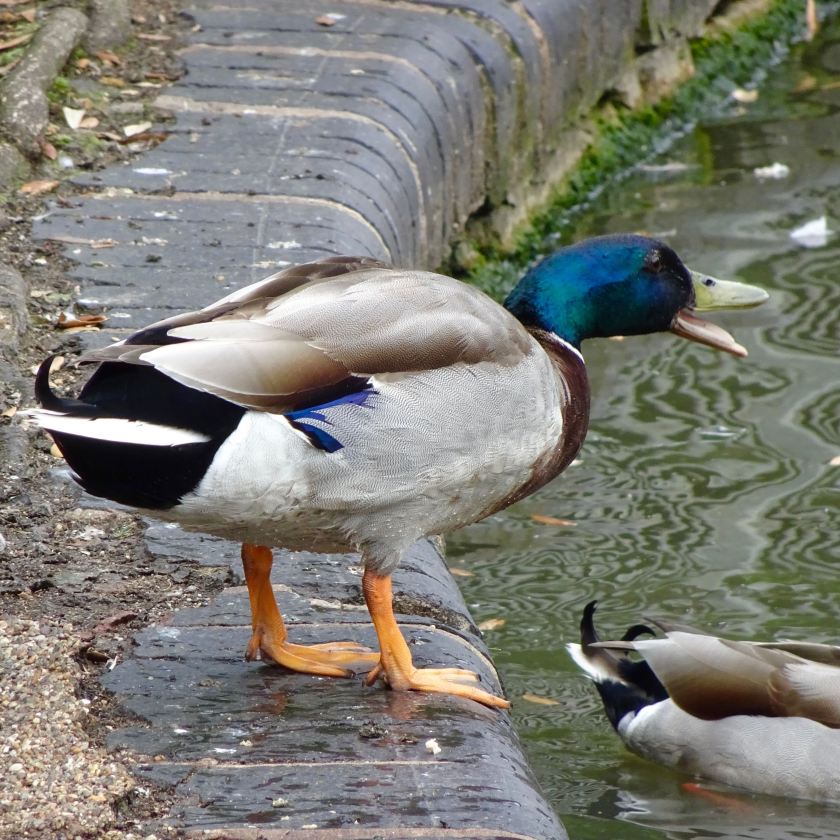 Elsewhere life continued at a slightly slower pace – and further down the food chain on a leafy road just outside Leamington a more leisurely creature was in search of a salad for lunch, having just survived a torrential downpour under its pearlescent cover.

However gravity seemed to be something of a pressing concern in this newly moist environment and it was clear that this teeny traveller might have packed a bit too much  in its rucksack for the journey ahead. It was slowly sliding down the leaf as I watched, leaving a trail of shiny slime in its wake.

Upon arriving home I opened the back door to check on my garden blackbird – and interrupted what appeared to be a smash and grab attempt. When it saw me the brazen thug ran quickly from the scene of its foiled bird’s nest heist and clambered over the fence, pausing briefly to be caught on camera…

Although I love all animals this particular one better stay away from the birds in my garden if it knows whats good for it’s backside.

Thankfully mommy blackbird stayed quiet and still throughout – and is still there doing her duty.

I also think she’s getting used to being photographed…

So that was my Sunday, and in the end it was a good one.

I’m glad I spent my time peering into a viewfinder.

In none of these images do I see the horrors that mankind can inflict upon eachother – and similarly I don’t see any of my own inconsequential worries.

All I see in these photos is beauty – from a day where I walked around seven miles (mostly) at a leisurely pace, stopping every so often to look closely at a bug or a petal and to sip my coffee whilst listening to the wind, the birds, and occasional rain as I sheltered under trees.

Are you feeling the same as I did on Saturday afternoon? Are you down in the dumps and wondering what the point is? If you are then maybe you need to zoom in on the little things as well. Take a picture of something – or if you can’t internet – just go outside, look at the world – and appreciate how wonderful it is.