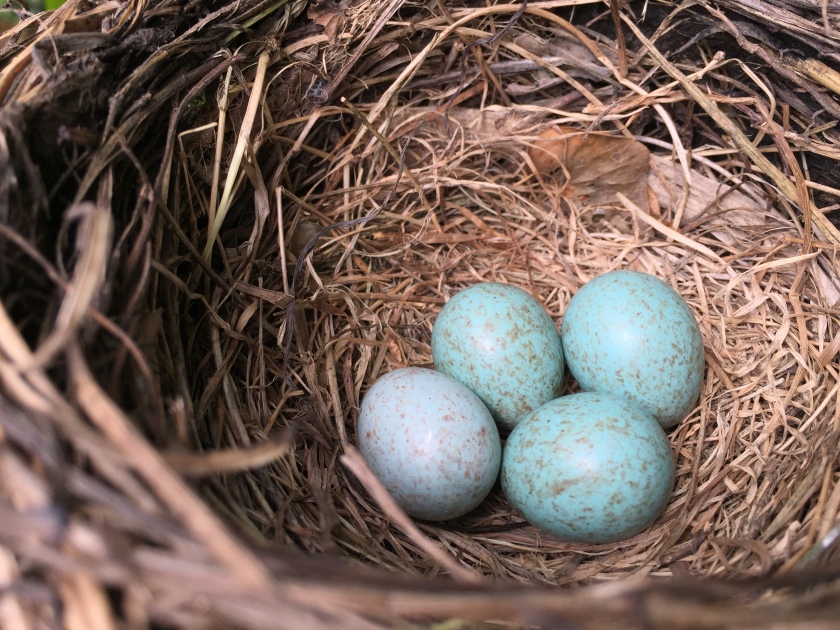 Isn’t it just the way – even when you’re trying to do the right thing and be extra careful you still end up making mistakes.

One of the really nice side effects of letting my garden descend into wrack and ruin has been that a lot of wildlife moved in while I wasn’t around. Over the last two weeks I’ve really enjoyed finding it – and where possible moving it carefully on or leaving it where it was.

Until today I’d had only one unfortunate accident. Last week there was a ‘frog vs lawn mower’ incident near my shed. This is something probably best not talked about in polite company – but I was pretty sure that the little fella wasn’t going to walk off that particularly bad day.

The second one happened this morning and from my perspective has been a lot more upsetting because it’s to do with the blackbirds in my garden. For those outside the UK and unfamiliar with this breed here’s a link to their description on the RSPB’s site.

The male in particular (it’s dark black whilst the female is brown) has been a friendly and inquisitive little guy. He’s been hopping back and forth making capital out of my efforts during the last two weeks – picking up freshly uncovered worms and generally having a ball with creepy crawlies before flying off.

Back when I started my gardening push he was constantly fluttering around me and seemed relatively tame. This video was on the 22nd May.

As I cut back the bushes I saw more and more of him and he was continuously digging away in freshly exposed dirt – usually as I sat for a rest to sip my coffee.

I suspected that somewhere, hidden in there was a nest – but wasn’t sure. I’d gingerly pulled back the branches and leaves to see if I could find it – but there wasn’t anything at all obvious, so I carried on pruning. I thought it was instead in my ivy covered tree somewhere.

Today though, after cutting back a particularly large branch I grimaced at my accidental discovery. I’d uncovered their home with four eggs, and laid it bare to the elements. 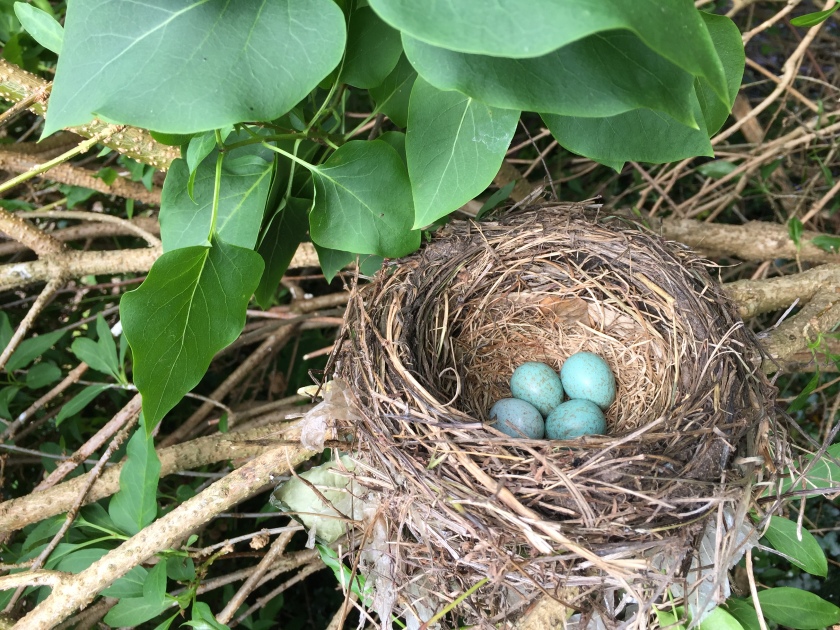 I was careful not to touch it and after Googling what I should do (and texting a friend asking him as well) I put one of the leafier branches i’d pruned away back over the top of it very gently and left it alone.

However – I think the damage is done. I sat further away for a while and watched both the male and female birds – but neither of them seem willing to return to the nest now. The female in particular is just flying around the area and looking nervously about – but not going back to the eggs.

I’ve decided to leave the pruning for a while and see if this has any positive effects but I feel quite crestfallen about it. I think there are four potential little chicks whose lives have been abruptly curtailed thanks to me – which I was trying hard to avoid.

I’m not sure how I missed the nest when peering into the bush on numerous occasions- but then I guess the point of where they put it. It was completely covered and it didn’t draw any attention.

I’m such a klutz.