I hate to say it but this week (and today in particular) I’m struggling a bit.

This afternoon I’m looking around me and I’m feeling a muted sense of anger about almost everything. Feeding this even further is an irritation because I know it’s unreasonable and out of proportion.

Nothing apart from the fact that I haven’t lost weight for the last couple of weeks is different – but when pretty much your entire life is geared toward this aim it’s unsettling when it seems to be (for the moment at least) going no-where.

To offset this creeping negativity I’ve tried to be productive so I get a sense of progress elsewhere.

With this in mind I took my bed apart this morning, repaired the broken bits, flipped the mattress, dropped the level slightly and all of a sudden (after several hours of screwing screws here and there and re-inforcing bits that a much fatter me had broken) it’s now surprisingly comfortable and solid again.

I did this mainly because I balked at the cost of completely replacing it. After some research in local bed shops yesterday I’m astounded that people will pay over £500 FOR A HEADBOARD!!!

Granted – I don’t have to pay anywhere near this much and there are much cheaper alternatives – but it all just reminds me of how careful I have to be with money at the moment – and I ended up backing off before spending anything.

It’s probably a good thing. I proved that I can salvage something with a bit of hard work and effort that I previously thought was totally wrecked.

However there’s another element of my ‘repair rather than replace’ approach that I’m finding harder to work through.

I hate the bed.

I dislike it not because it’s uncomfortable (it no longer is) or because it looks horrible (it really doesn’t) but because like almost everything else in my house it feels like it was purchased by someone else.

All of my furniture and possessions these days seem to belong to another person – and at times I feel like emptying the entire contents of my home into a skip and sleeping on the floor.

Prudence has so far stopped me doing this (I’ve come very close) but on days like today I just want to throw petrol and a match through the letterbox as I walk away and forget the place ever existed.

It’s an over reaction. I know that. Tomorrow I will most likely feel different and once again appreciate my home.

The root of this wild over reaction is probably mostly related to the fact that I’m worried and tense about weighing in tomorrow. Although (I think) I’ve been good this week, I’m not really sure how I’m going to react if I don’t start the ball rolling again in the morning.

I don’t currently feel resilient enough to just laugh it off and the associated emotions surrounding potential failure are bleeding into all of my other thoughts.

Maybe I just got out of the wrong side of (my previously broken and seriously uncomfortable) bed this morning. Possibly it’s just as simple as a bad night’s sleep.

I don’t think so though.

Either way I’m not my usual self – and I’ve had to leave the house before taking a fire axe to its contents. 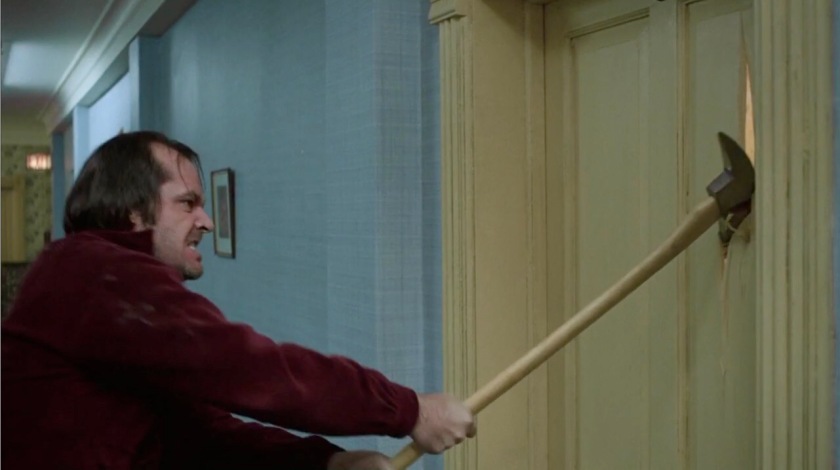 So internet – here’s hoping I get a good night’s rest and lose a few pounds before I succumb to pyromania or decide to get busy with a large chopper.