The next step in my personal evolution is (I think) elevation, and the continued pursuit of inclines.

As I’ve mentioned before my eventual aim this year is to climb up Snowdon. I’ve done it before around twenty years ago but was heavier than I am now (I think) and it practically killed me. At the time I did no walking or exercise at all.

This time I plan to work up to the task – and when I’ve voiced this aim to friends (most of whom appear to want to climb it with me, which is nice) they’ve been keen to point out locations where I can increase my hill stamina.

With this in mind my friend suggested today we walk up the hills at Burton Dassett (around 20 miles from Warwick).

I appear to have already developed a mental block regarding this location however – and ever since he put this thought in my head just a few days ago I’ve been calling it ‘Bertie Basset‘ which is driving me a bit nuts. It did make me smile though today as we were driving there to think that just around the corner there might be a huge man made out of liquorice allsorts to clamber over 🙂 .

My friend (although he is sadly nothing to do with liquorice allsorts) is thankfully something of a good luck charm when it comes to weather. When he suggests in advance that we go for a walk it always seems to turn out sunny – or at the very least it’s not slashing it down with rain or beating us to death with wind.

Although it was a little grey and grim today it was dry, and slightly warmer than it had been for the rest of the week.

As I looked up the road from where we parked I could see the first objective in the distance on the left – which was a well known beacon that can be seen from miles away on a clear day. 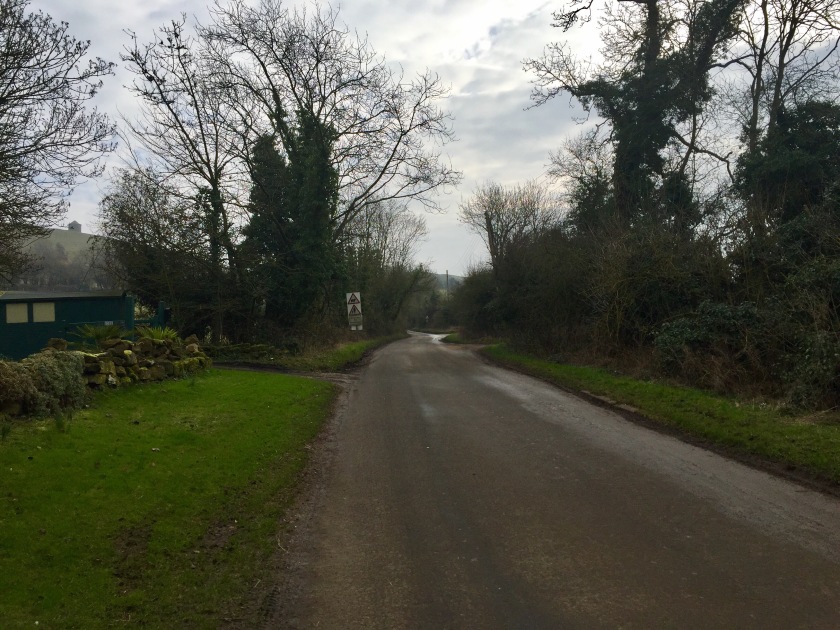 I discovered later in the day that no-one seems to know exactly what this was – it may have been a windmill, 0r it may have just been a signalling device. Originally it had two doors and a window – but is now completely bricked up with no access at all.

How it looked before this though can be found on local picture postcards.

The windmill in this lovely picture is sadly long gone – but despite it’s absence I was pleasantly surprised at how quickly we reached our objective. I wasn’t even particularly out of breath by the time I was standing next to the monument on the top of the hill only 16 minutes later.

I don’t for a minute think that my planned objective in the future will be this easy  – so maybe I’m going to have to keep going up and down smaller hills instead of climbing really really big ones. If I want much larger inclines there’s a lot of driving involved and it’s quite a while until I get paid for the first time.

Until then I’m still Sir Frugal of Tightass.

However – there were quite a few little peaks here to keep us busy, and for the most part the only fellow occupants we had to share them with were sheep and the occasional rider on horseback. So – for the next hour or so – we busied ourself with climbing up each of them and stopping to admire the views and little monuments. 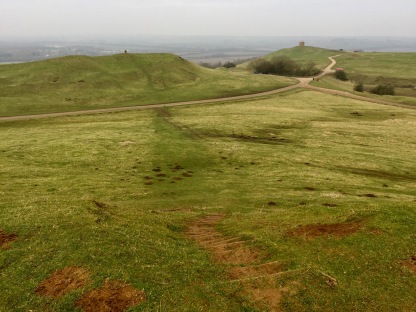 It was mostly serene and peaceful up there – however there is apparently a rather large nearby army base (in Hardwick) – and in the far distance we could hear explosions and see the occasional plume of smoke rising from what appeared to be munitions in a distant field. Presumably this was some kind of training or military manoeuvr. 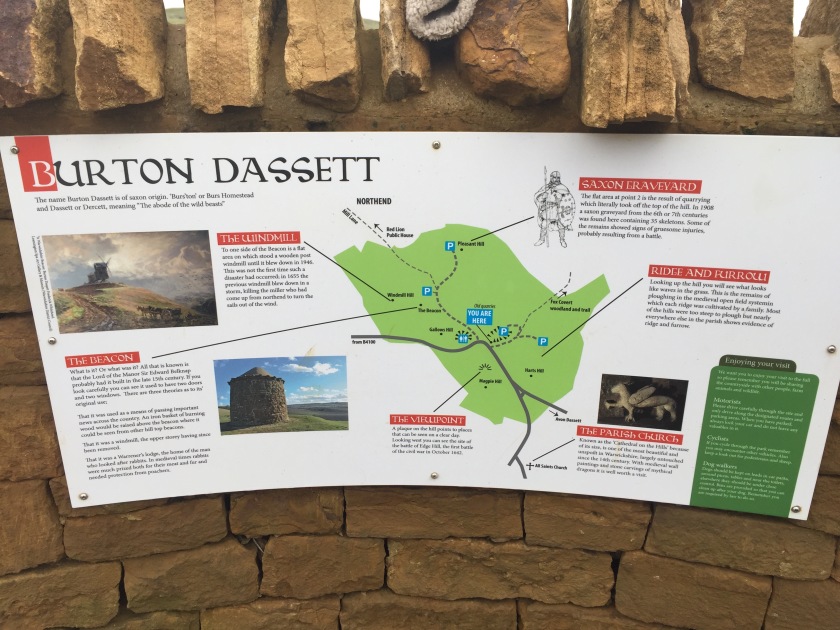 On a nearby tourist information board it showed that there was also a parish church nearby – and as I’m a complete sucker for stained glass and love the tranquility of old churches (despite my total lack of religious belief) we headed over for a look. 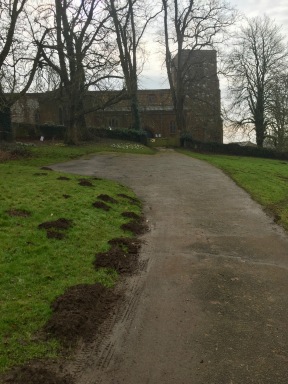 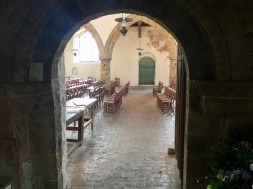 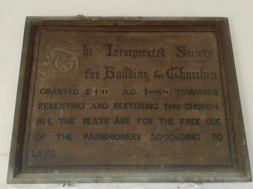 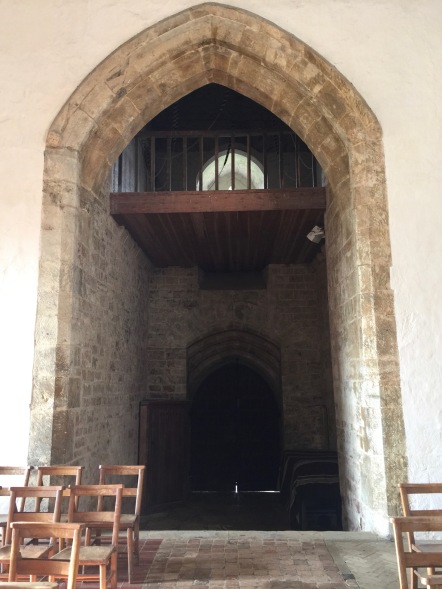 Sadly there were no stained glass windows (they apparently existed at one time and for some reason were replaced in medieval times with the current clear glass) but the architecture alone made up for it.

There’s a lot of history here (according to the helpful notice boards) and this building dates back a LONG way as you can see from the list of vicars in the reception hall. The first record of the church and parish comes from the Domesday Survey of 1087, which gives only brief information about the district.

After this it seems that in the 13th century the church was enlarged and in one picture you can see a stone staircase (to the right of an engraved piece high on the wall) that used to lead to a higher loft which no longer exists.

The structure and parish are also nearby the site of the Battle of Edgehill which occurred during the English Civil War on 23 October 1642 which eventually had a direct impact on the type of minister that looked after the parish until the reformation many years later.

Over the centuries the structure (whilst still being modified or updated occasionally) fell further into disrepair. This continued until 1890 when some restoration work began and the church bells (which were installed in 1686 and in a bad way) were re-hung and made safe.

In 1934 Death Watch Beetle and a Blackthorn bush (discovered to be growing 20ft into the cavity of the largely mud based walls) nearly ended the life of the building altogether. Restoration work urgently began again until 1939 when WWII intervened and all work ceased. It wasn’t until 1991 that this was started again and the church was fully restored.

Regardless of what faith you are or aren’t it’s impossible not to admire the masonry skill involved in creating and caring for such a building – and personally I consider them to be one of the highest forms of art.

Anyway internet – it’s dinnertime and this Davey has so far only managed to consume a jar of pickled gherkins today (the heart wants what the heart wants sometimes!) and is darned hungry. Man cannot live on tiny cucumbers alone!