It’s nearly 1am on Saturday morning. Project salad ended yesterday with something of a whimper rather than a bang, primarily because I feel very cautious (almost certainly too much) about over eating on the night before my weigh in – which I felt was part of my downfall last week.

If anything yesterday I under-ate, which I know I shouldn’t do. However my sensible (and mildly hungry) side is being drowned out as I sit, think and type by the need to (as I see it in my head) ‘put things back on track’.

Although I started yesterday with lofty aims to make a special meal it never materialised.

Lunch (mostly because I was preoccupied with other concerns) was a simple affair and ended up being a rather large 400g punnet of strawberries. Oddly this was way more filling than I expected – and came in at a rather virtuous 132kcal – which by anyone’s standards is something of a winner.

Dinner was the second half of my soup from last night (here) which as before was 757Kcal, and my evening snack was a pot of cottage cheese (88kcal) with some fruit of Solanum Lycopersicum (otherwise known as two tomatoes – but this sounds way more exotic) (30kcal).

This brought the total for my day of food consumed to around 1007kcal.

One thing I’ve noticed this week is that there’s WAY more food left in my fridge than there usually is, and project lettuce appears to have saved me some money! Apart from my £2 strawberries (which were purchased in a wild and crazy moment of fiscal excess) I’ve done no little ‘top up’ visits to a supermarket at all, which is good news.

I can spend the money I saved on new clothes!

I didn’t do quite as much walking etc as other days yesterday though. My exercise was simply a very brisk walk to the supermarket (two miles away) and back again, which I am pleased to say in both cases averaged well under 18mins per mile. This speed now appears to be the minimum threshold at which Apple Watch concedes I’m doing exercise. 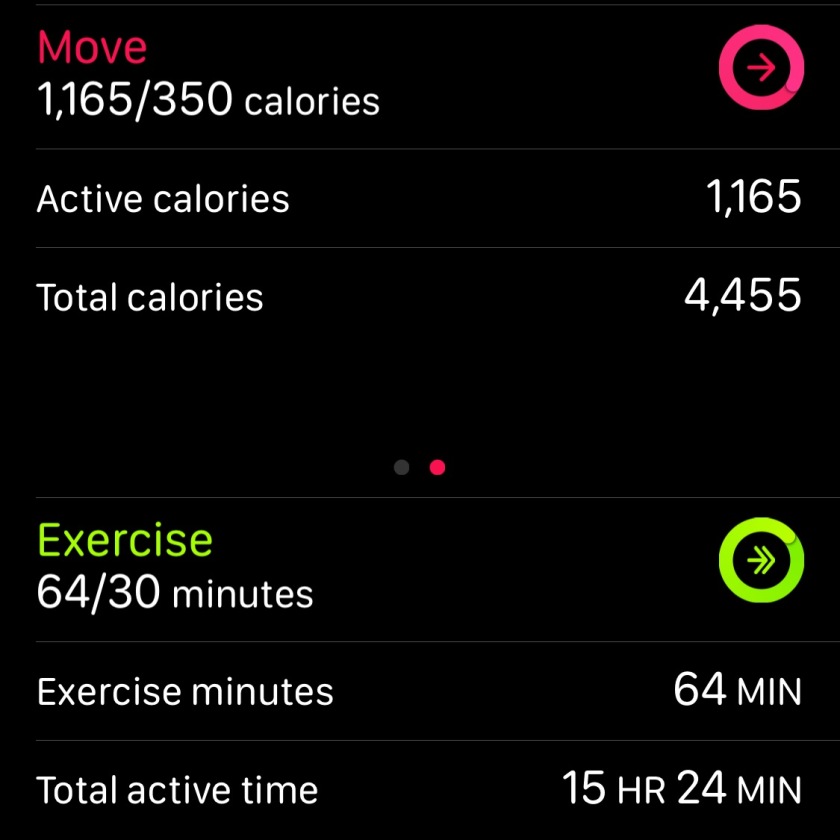 It occurs to me as I type that I spent many weeks trying (and failing) to get my speed under 18 minutes a mile – and it wasn’t so long ago that I was quite triumphant about having done it for the very first time.

Now less than a week or two later I seem to be doing it a lot – and it’s becoming my new normal.

I’ll be honest though – I’m feeling a bit drained.

I’ve spent 6 days back to back on a really low calorie regimen and have pushed myself on each one of them to make sure I work out and get my heart rate up whenever and wherever I can. Since my last weigh in (I’m not counting last Saturday as I can’t account for the specifics of the food tasting at SW) I’ve supposedly:

I don’t think that this level of activity on this amount of calories is a good idea every week – and I am going to be trying in the coming months to get to between 1500 to 2000kcal per day whilst still following the principles of the SW plan.

I’ll also be aiming to fit in as much activity as I can and keeping an eye on portion control.

Anyway – I need to go to bed. It’s time for the scales in just over eight hours and I’m tired. Keep your fingers crossed. Let’s hope it’s good news.

Well – I didn’t sleep all that well.

Although I’m confident that I’ve done what I need to for my weigh in I couldn’t stop thinking about what the result would be. When I did nod off I had a horrible dream about being on the toilet in the middle of a wedding where I was a guest. I woke up convinced I’d made a smelly spectacle of myself – and even though I soon realised I wasn’t sitting on the loo while the not so happy couple’s vows were exchanged I couldn’t get back to sleep.

So – I did what any sane person would do and started playing video games.

When my eyes became too tired I tidied the kitchen, and then after a long shower I decided to make myself a breakfast to eat after the weigh in that I could take with me in tupperware. 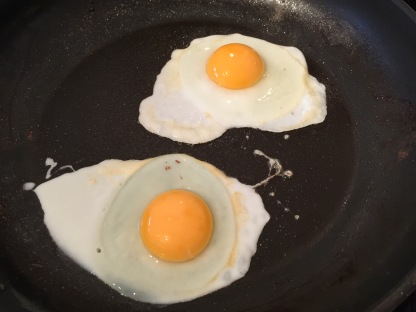 (author also makes a STRONG flask of coffee, and walks to group)

Maybe its because I’m tired. Maybe it’s because I’m relieved. Maybe it just means a lot to me – but I was close to tears in group today. I don’t think it showed – but this morning was really important. I’m in a coffee shop typing this – and it’s affecting me even now.

This is what happened on the scales…

Twelve and a half pounds!

My loss signifies that I’m in completely NEW territory. Not only am I now lighter than I managed to get to in 2008, but I have lost more weight in a sustained effort than at any other time in my life.

As I said in group though – I’m not getting hoodwinked into thinking I should be loosing huge amounts like this all the time. It’s not been an easy week and it’s required a lot of determination to stay focused. Plus I don’t want to end up looking like droopy or get kidney stones because I’m going too fast.

If anyone needs me I’ll be asleep.