There are few things in life that annoy me more than people that misrepresent themselves.

I’d much rather meet someone that’s moody and annoyed than one with a personality straining under the weight of artifice and veneer.

As I was driving some friends home last night the conversation shifted to people we had each known or still knew like this. I commented that the older I get the more I’d realised how little patience I have with people that lie (not necessarily to me) or try to hide who they really are.

Honesty is refreshing and it’s also something I’m drawn towards.

I was still thinking about this conversation today as I ambled around the Christmas market in Leamington and passed a stall that seemed busier than the others nearby.

I moved through the crowd to the front so I could see what was on sale.

The gentleman behind the counter clearly also valued honesty and his products reflected this. There was little left to the imagination when it came to determining where his food had been sourced from. 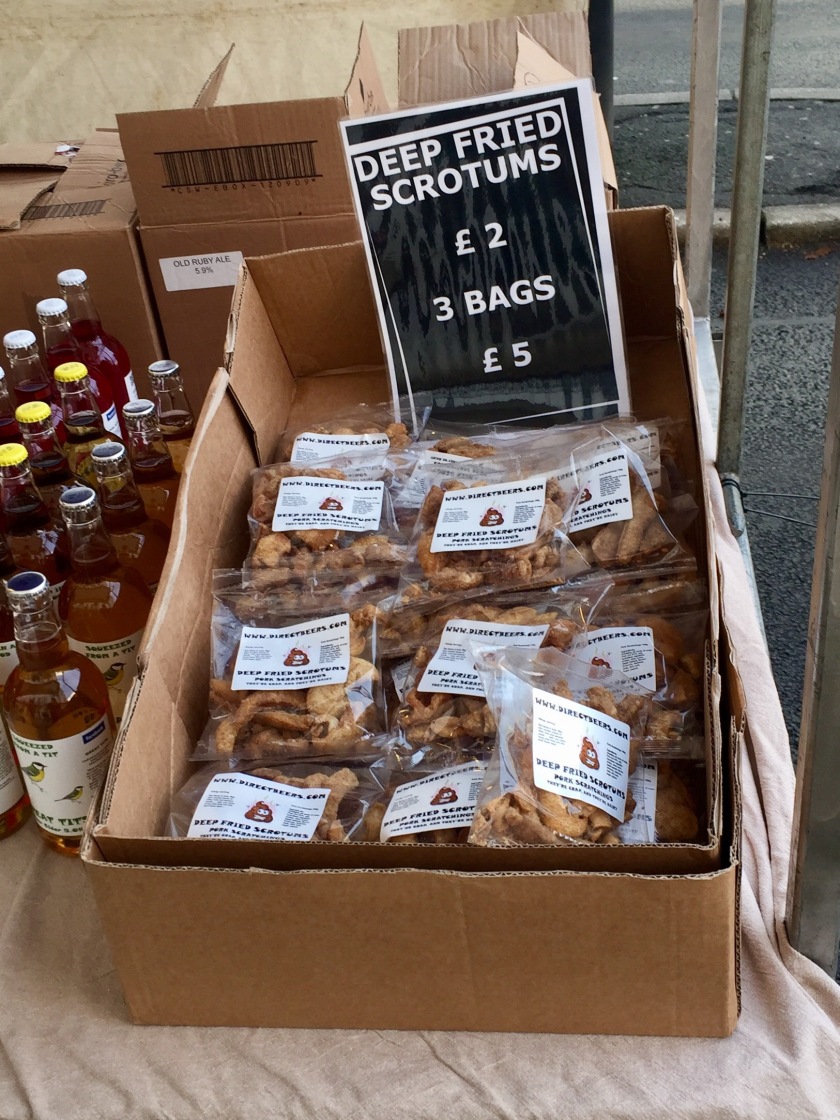 Although maybe not quite so direct in all cases my ex-colleagues are the same. They are all honest and genuine (often to a fault) and as I looked around the table at my Christmas meal in a quiet moment last night I felt genuinely happy to be with them all.

Despite my usual reluctance to indulge in festive attire the tone of the evening made it quite easy to upgrade my usual brand of ‘humbug’ to ‘semi jingle bells’. 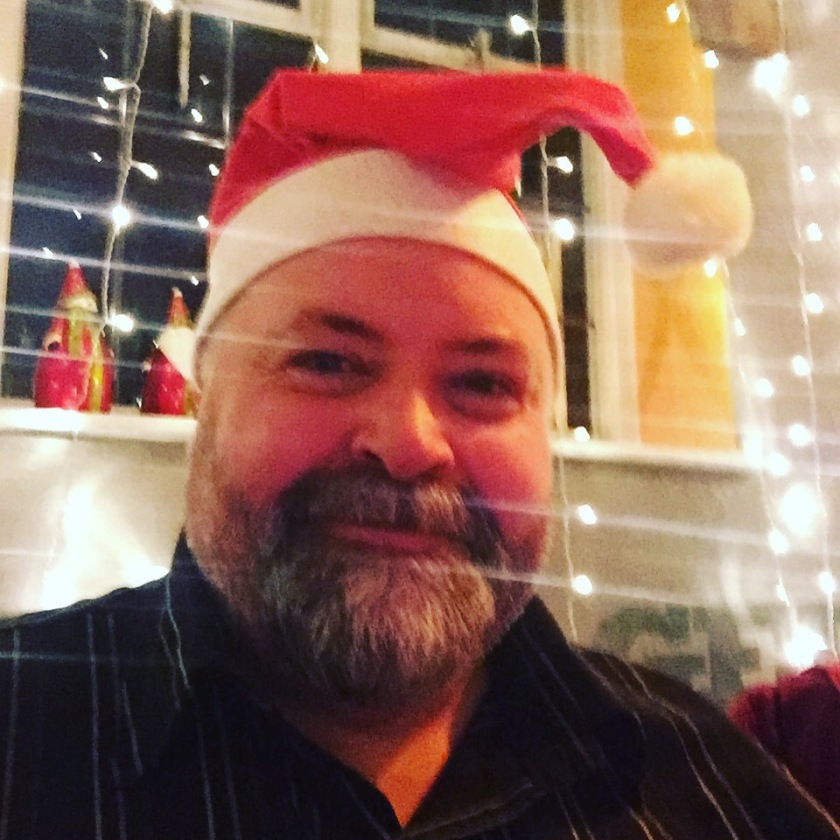 As I mentioned in my previous post the impetus to look my best when I met them had been keenly felt in the last 8 weeks and it was truly humbling when we started to catch up with eachother to be the recipient of so many positive, warm, genuine compliments, hugs, kisses and pats on the back.

Normally I feel uncomfortable in situations where people praise me – but these people have seen me at my worst and my best. Many of them I’ve seen more than my own family over the last decade and a half.

When they say things have changed and that I look good, appear healthier and sound happier it means something to me.

Our group of 16 people (mostly) all arrived early for our 7.30 meal. We were pretty much the first group in the restaurant and we were the very last people to be ejected later on from the adjoining pub. We were still hugging and shaking hands as we spilled out onto the street to jump into taxis and get lifts home.

The food was really nice too – and I was really happy that I remained FULLY commited and on plan all day.

The Stonehouse at the White Swan in Henley in Arden I discovered last night got it’s name from the red hot slabs of stone that the steaks were delivered to the table on – resulting in an ever present sound of sizzling and continually cooking beef.

There were chips and fries all over the table, along with sauces and pate starters – but I stuck to my guns and stayed with my pre-0rdered chicken salad and balsamic vinegar – which I could control completely.

It was all free and speed food and there wasn’t a syn in sight. It came in a really cool granite mortar and pestle bowl as well! 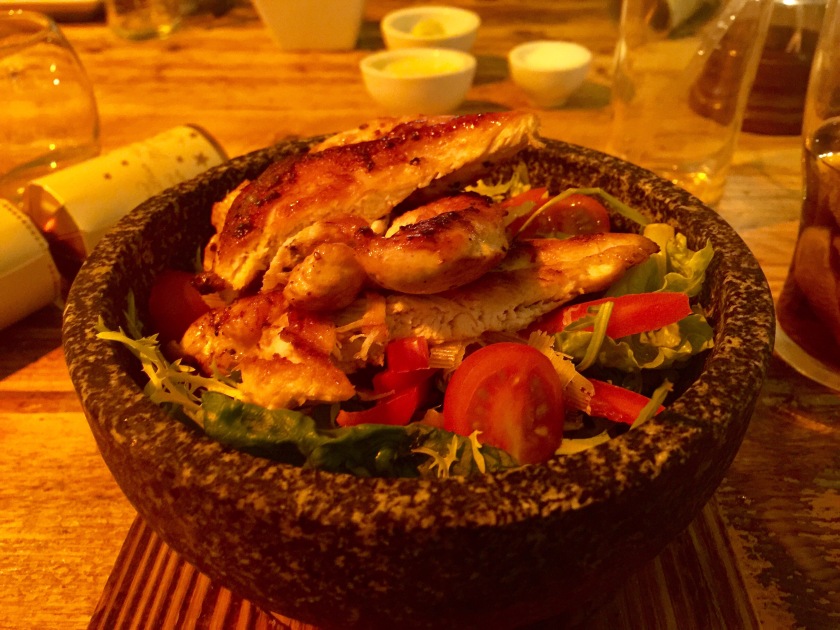 Mind you – when I got home I’ll admit to making bacon, eggs and fried tomatoes before going to bed – but that was actually only my third meal of the day so absolutely nothing was naughty despite how it may sound.

The day in fact was an ‘SP’ day – which in Slimming World terms means it’s just speed food (veg) and protein. These days supercharge weight loss while still making sure you get healthy food.

The ultimate outcome of all this was that this morning I woke up to a sense of overwhelming positivity and was full of energy.

Thanks to all the Diet Coke and coffee I had consumed yesterday I had some frankly sub par sleep – but I bounded out of bed with a big smile after checking my phone and seeing all the happy texts and online comments about how much people had enjoyed the evening.

The sun was shining – and although I have a walk planned with a friend this evening I had too much positivity and energy to waste it on the sofa for the majority of the day.

As I walked in the sunshine I thought about what my next milestone motivations should be, and what I would mentally do next to drive me into new weight territory.

This is because my interim interim goal (not a typo) set here is not that far away now. I only have another stone and a half to go!

This takes me roughly to the end of January and honestly then things get both scary and exciting. I don’t know who I’ll be, what I’ll look like or how I’ll feel after that.

It’s going to all be new and fresh.

Tell you what though internet – I’m looking forward immensely to finding out! I hope you join me on the journey.