It’s an absolutely beautiful autumn day today and the park this morning is filled with wonderful colours. A light breeze is in the air, and it’s a bit chilly – but the sun is shining and it feels nice and warm on my skin. 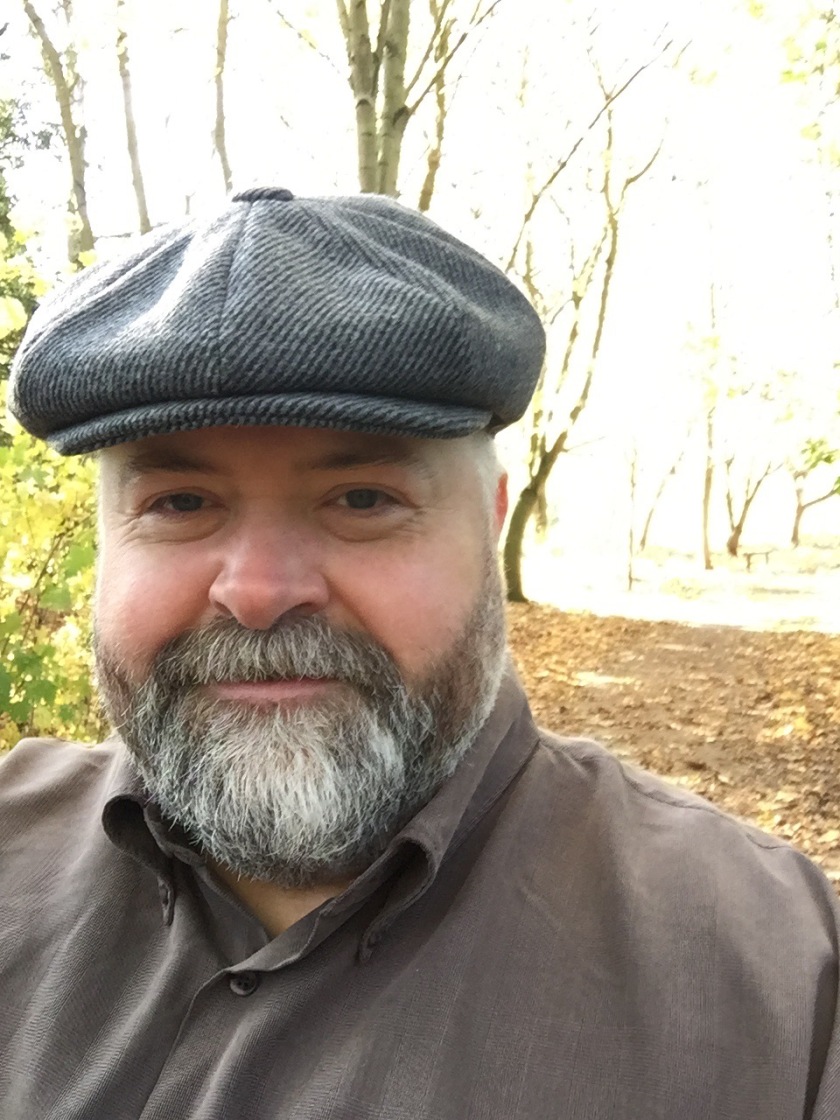 I’ve missed the park. It’s like I haven’t seen a good friend for two weeks and we have some catching up to do. It’s been busy changing into its new seasonal attire and has a lot to share with me, such as its regular occupant.

I haven’t seen the swanling for a while now – and today he/she was (as seems to be the norm now) on his/her own – flanked only by an armada of ducks rather than two bright white doting parents.

I’m not sure that this wonderful creature knows what colour it is or even cares how close an interest I’m taking in its development. It probably has no concept of how much I’m aching for its beak to turn orange just so I can see the change.

It doesn’t matter. There’s no rush. I’ll keep coming back and checking on it. As long as it’s well I’m happy.

It feels so good to be outside and moving under my own steam again. My shin is still hurting quite a bit but I’m taking it slow and only doing two laps today.

(When editing this later in the day I noticed I have written above ‘only’ two laps/miles. I’m suddenly struck by this word. It occurs to me as I tinker idly with the grammar of my post that in April this distance would have been a major coup for me… How things have changed!)

I’ve been walking and talking about everything and nothing with my regular park buddy from Slimming World. She’s managed to simultaneously encourage me to go for a more gentle stroll than I otherwise might have done and also is keeping me in check and telling me not to overdo it.

I’ve assured her I will do no more walking after I go home – which truthfully I do want to do. It’s hard not to though. Everything is well with the world today and once again I feel happy and want to be part of all it.

I want to move on to other destinations and explore this wonderful autumn afternoon – but I know she’s right. If I ignore my body I’ll pay for it later. Instead I’m going to busy myself with other, more sedate tasks which I’ve been putting off.

I’ve decided that I need to start the ball rolling with looking for work again.

Up to now I’ve not claimed any kind of income support because I didn’t feel it was right to lie to people at the job centre about whether or not I was looking for work.

I had originally planned to take at least six months off – but I’ve noticed that in the background I’m quietly beginning to think more and more about money and the fast approaching lack of it. I’m by no means well off and I need to work eventually. I know I probably won’t find a job immediately, so now seems like the right time to think about the future.

Although I’m not yet sure what kind of job I want to do some of my ex-colleagues are currently signing on (as it’s called in the U.K.) to get benefits while they look for work. They’ve mentioned that their experience has been pretty positive and that the regular requirement to attend a job club has been quite beneficial.

My last brief period of being on benefits was not that pleasant. If I’m honest my memory of the couple of months that I signed on in 1998 has coloured my perception of the task at hand A LOT.

The people in the job centre always appeared miserable, angry and withered by life. They they seemed to take their depressed view of the world out on everyone that walked through their doors and I hated going to see them.

Since I can now honestly say I do want a job I don’t feel any guilt about claiming benefits -and I want to go back into the task with an open mind.

So after doing a bit of shopping that’s how I plan to spend my afternoon (with my leg up).

I’m a bit disorganised though internet. It’s going to take me FOREVER to find all of the paperwork I need. I’m not looking forward to that bit at all…