I’ve spent the morning with a good friend from work who kindly made the journey on his day off to come and see me so that we could go for a walk.

Some readers and people who know me may have felt his influence without realising it already – as at one pivotal moment in the recent past he reminded me that no matter how small the steps in life are that ‘forward is forward.’

As with many things mentioned in passing it’s impossible to assess what impact they will have, and I doubt he intended it to be profound – but when I included it in my blog and shared it with others I was amazed at how this positive and supportive message spread out further into the world and inspired other people. 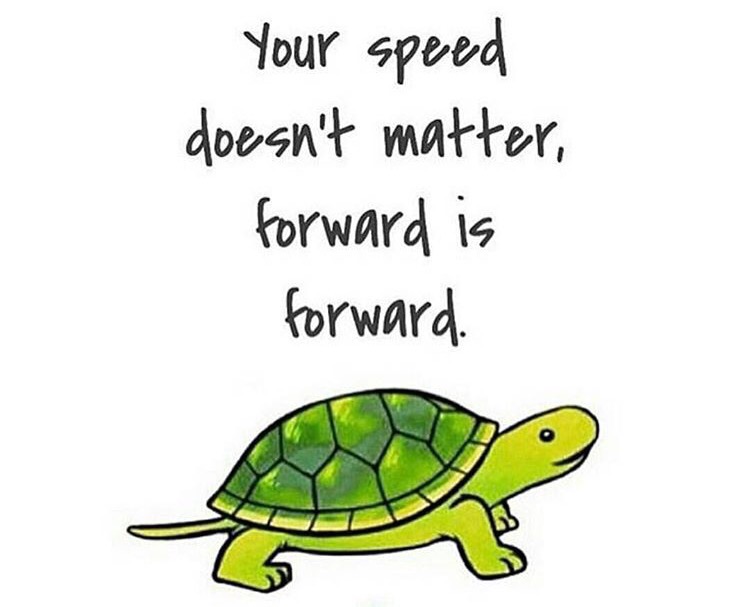 Walking round the park with him today was special for several reasons.

Firstly when he gave me this advice I couldn’t do what we did today. I could hardly move from my car to my front door. He and others helped make that seismic change possible for me – and maybe also for other people I’ve come into contact with online and in person too.

Since I last saw him I’ve lost a stone and a half – enough for him to comment immediately when he arrived at my house that I looked different.

It was a good moment.

As we sat in Costa Coffee after our park walk talking about work, technical things, life and our progress in the world after redundancy I reflected upon how things in a relatively short space of time had changed so much.

We chatted for three hours and time flew by.

As we parted ways after our beverages and walked to our cars I couldn’t help but notice I had an extra spring in my step. I was in a good mood, but also two large Americanos will do that to a man. I can’t resist them.

I’m not sure why – but I still feel that I need a vice. I tell myself it keeps me sane – and that it’s my last bastion of naughtiness in an otherwise fitness conscious life.

Currently my vice of choice is clearly coffee. I think about it first thing in the morning – have a flask of it with me pretty much at all times and if you listen carefully to the sounds in the background as I type you’ll realise that for the second time today I’m in a coffee shop.

I don’t think I’m alone in needing something like this either. It seems that for every human impulse to be good there’s a corresponding need to have a treat or do something ‘naughty’.

Maybe it’s a reaction to society’s rules and structures (where there’s a need to rebel) or maybe it’s more innate – something in our DNA. 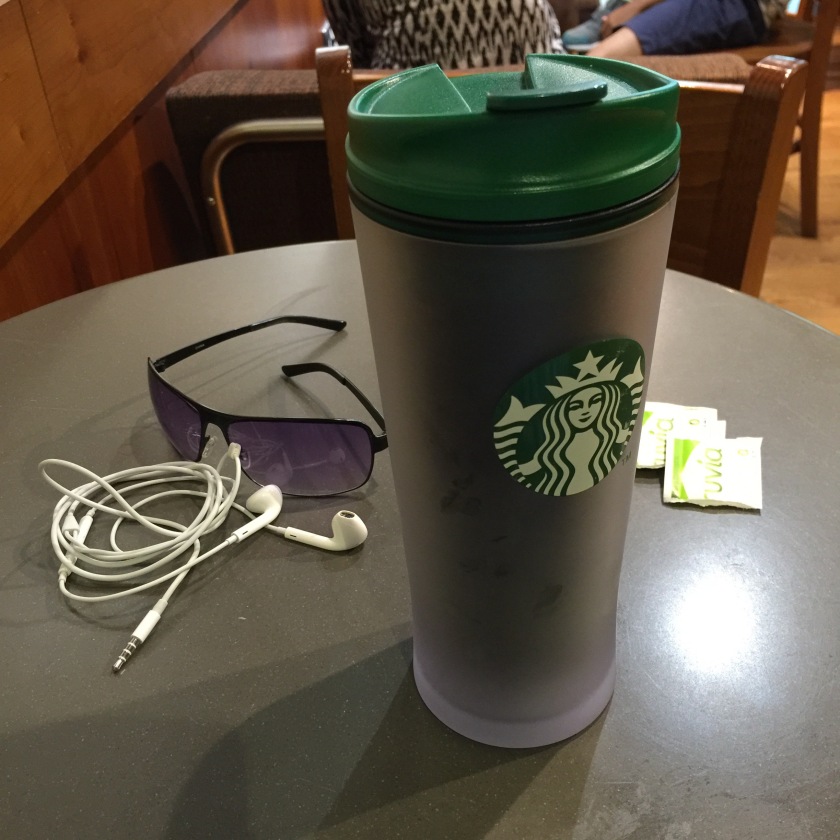 It’s thankfully not a particularly self destructive obsession – and for the time being it’s not one I feel guilty about or have a burning desire to remove from my life.

I’ve had a lot of vices over the years though, and it took me a long time to whittle my habits down to just caffiene.

Despite hating the fact my late mother smoked I too (confusingly) also became a smoker for many years. I gave that up a decade ago thankfully. After watching her in hospital tied to an oxygen mask toward the end I’ve no regrets.

It was one of the best decisions of my life.

Readers from the start of my blog will know that I also used to drink an awful lot. The jury is still out in my mind as to whether or not that was an addiction.

Towards the end I preferred the term ‘alcohol dependant’, but regardless of how I re-labelled the habit its effect on my health was just the same. I’m sure it was the main reason behind the development of my type 2 diabetes.

In the ‘Madchester’ fuelled 90’s – in dual acts of rebellion and inquisitiveness I did a lot of things that I shouldn’t (I’ll leave that to your imagination) and for a time thought that they made my life better, until I realised the inevitable truth that they didn’t. They too had consequences – but thankfully nothing long lasting.

Finally – food has controlled me all of my life for one reason or another and I’m still working on learning to control that.

My last unhealthy binge (this time on healthy food) was just yesterday afternoon. I’m busy forgiving myself today and moving on.

Forgiveness however is not the same as excusing my actions. My thoughts in this area are complex and sometimes still changing. I try to strike a balance that doesn’t leave me feeling like I’m needlessly beating myself up.

The underlying catalysts for all of the above problems have their roots firmly planted in the past. My childhood, the bullying I endured for almost a decade, my relationship with my mother and other trivial nonsenses that everyone goes through all started the various balls rolling.

But – I’ve had to come to terms with the fact that a crutch is a crutch – no matter how you spin it or what form it eventually takes.

At some point you have to stand on a damaged limb and walk forwards for it to get better.

One thing I have little tolerance for is rhetoric about addiction (in particular regarding my own past) that suggests ‘alcohol made me do x’ or ‘xxxx habit made me do y’.

Too often in society we abdicate responsibility for our actions and to do so we give our vices a voice, suggesting they caused the resultant action rather than ourselves.

I might have many catalysts for my actions and habits but the choice to continue or cease those self destructive behaviours has always been my own – and one by one I’ve had to make the decision myself to change.

I’ve had help in a few instances (Slimming World being the most recent) but it’s important to me that I take responsibility for what I did and do.

I can’t blame events in life for falling apart and making me engage in stupid behaviour any more and nor do I want to.

If I pick up a pie and eat it then it’s my hand controlled by my brain putting it into my mouth. It’s not the fact that it’s my birthday or Christmas or that I’m having a bad day. It’s just a convenient fiction that I have used in the past to allow such bad behaviours.

This fiction has been killing me.

I actually feel if I hadn’t stopped drinking, started loosing weight and exercising that I might already be dead. I’m still a big guy. It’s a daily reality I have to live with.

I might sound harsh here – and I feel I must point out I don’t condemn or look down on others for making similar choices in life – or state that these choices are necessarily the wrong ones for other people. My values are my own and directed at me.

I just can’t take or leave some things like other people can. I’m not wired like that.

Instead I’m simply beginning to understand the mental process of my own self-delusion better than I once did.

Yesterday my mood dipped because I was tired, still thinking of my mother and the past, and I took that as an excuse to over eat.

It happened and it’s not the end of the world. Today I feel different and I have already walked and talked and thought it all out in my head. Now I’m writing about it and trying to share so that it doesn’t help just me.

I have forgiven myself and I have also taken responsibility for it. I’ve walked 6 miles so far today and I have another two to go before I’m home. I have seen lovely randomness and beauty in the world already and it’s barely past midday. 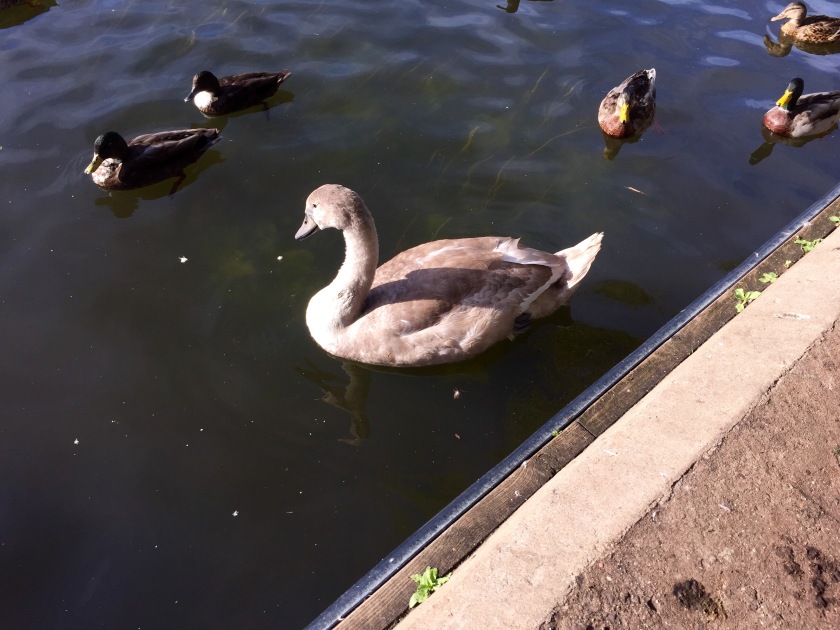 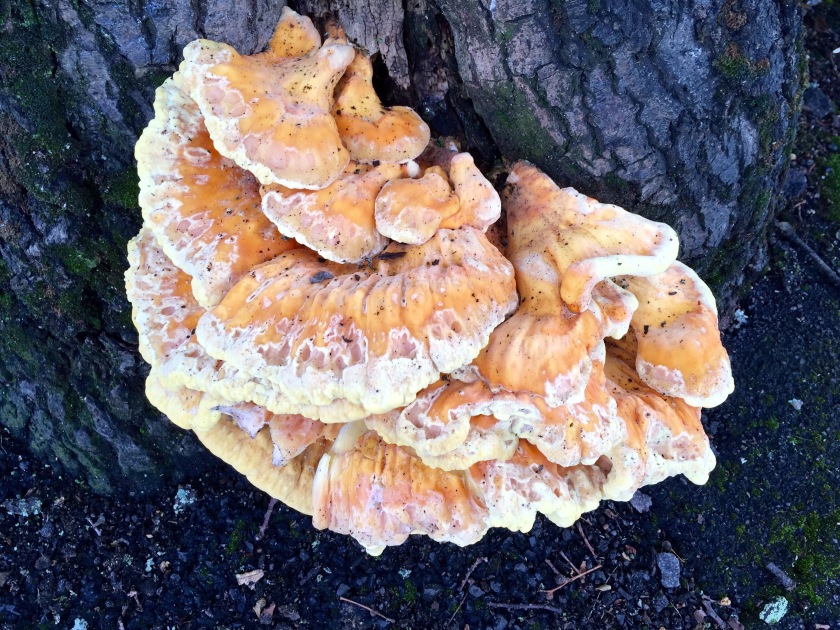 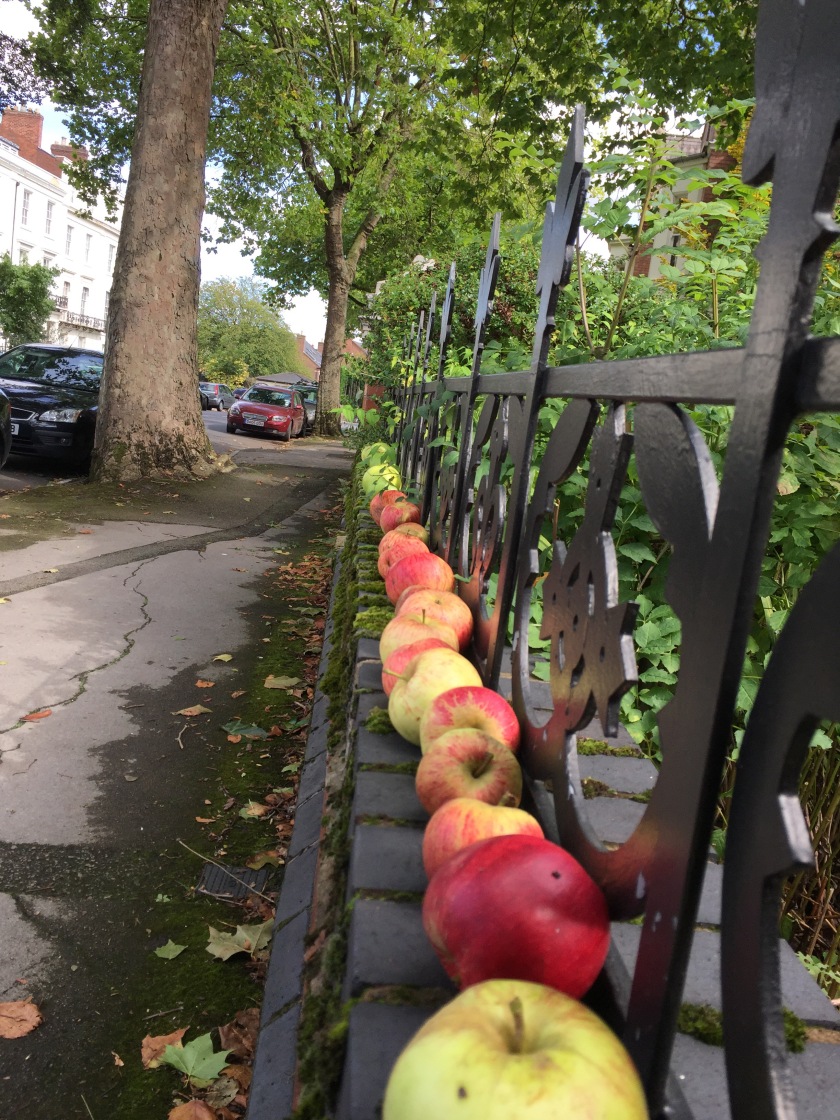 From the swanling in the park to beautiful fungus on a tree and a random line of apples on a garden wall I’m continually reminded WHEN I MAKE THE EFFORT that the world is out there for the taking and it’s wonderful.

We’re the only ones in our heads. The past may shape our thoughts and fears but it’s US that chooses to change, seek help if we need it, talk about our failings, pain and feelings and stay on the right path.

Whatever you’re struggling with out there it’s never too late to dust yourself off, stand up, steady yourself and try again.

You can do it.