The other day while we walked my friend said to me that the thing he enjoyed the most about  exploring nature was the change of the seasons, and the subtle differences in colour or shade that resulted from the onset of Autumn or Winter.

Truthfully I’m looking forward to this a lot. I can’t wait to see all of these places in Autumn or with frost on the ground – even snow!

Although I’m usually hyper sensitive to the sun I’m currently rather enjoying the UK summer. I’m beginning to wonder whether the issue has been exacerbated in the past by avoiding the outdoors entirely. Possibly the sudden shock of the outside world to my skin, when its only been used to the pale light of the living room has been too much for it.

Today and other days (although I’ve been careful with suntan lotion) its been REALLY sunny – and even though I’ve expected to be in agony several times I have come out of the blazing sun looking strangely healthy rather than blotchy and burned, despite probably sweating all the suntan lotion off during my walks.

Long may it continue. I’m not complaining in the least.

I’m also still taking a lot of selfies – not to serve my vanity (it’s in short supply after many years of avoiding reflective surfaces) but to try and promote a positive self image.

Others reading my blog have picked up on this, and I’ve been immensely touched that some fellow bloggers in response to my posts have taken the opportunity to post photos of themselves and be body positive about who they are, and who they aspire to be.

In honour of their efforts here’s an awful one of me.

It’s a selfie that I forgot to delete from Oct 2015 and it shows me close to (if not at) my lowest ebb and heaviest weight. I estimate this was around 36 stone (given that I had lost weight when I started Slimming World and weighed in at 34st 8.5lbs.)

The photo in the Hawaiian shirt was taken yesterday (29st 11lbs). I’d just finished my walks for the day. When I look at the change (although I still have a LONG way to go) I am now in a very different place in my life.

Yesterday while walking past the paddling pool in the park a teenage girl was complaining to her parent that she’d been splashed on her back by a younger mischievous sibling. ‘It’s gonna look like I’ve been sweating mom – everyone will think I’m sweaty and thats just disgusting!’

She looked most indignant.

Sweat to me now means I’ve been working hard. Sweat is a good thing. I don’t care one bit if people see me sweating.

While I’m still not entirely comfortable with my image (sometimes in low moments I still see a fat guy and nothing else) I’m beginning to like images of myself more as I see the colour return to my cheeks and shape return to my face. There have definitely been changes since I gave up drinking, started to eat healthy food and began exercising.

I prefer the happy, perspiring man in the park. I don’t really understand the other one that could barely move from his armchair any more.

Today was more of the same when I met up for a walk round the park at 10am with a friend from Slimming World. She’s impressive. Before meeting me she’d been to the gym AND been swimming. Now she also was willing to endure my company for several laps in the sunshine!

As with every other walk we’ve had together the conversation was free and easy, and the three laps (plus 2 x sittydownyonnabenchies) just flew by. Before I knew it we were back at the start and saying our goodbyes. We’d been walking and talking for two hours and the midday sun was blazing in the sky. I decided to make my way home to have a sit down in the shade.

I’d done my bit for the day.

As I was driving home I suddenly changed my mind, thinking how nice it would be to have an ice cold drink outside at the Saxon Mill. I turned left instead right and was there in a flash, sitting outside & holding a ridiculously priced pint of Diet Pepsi with ice and a slice in my hand.

I had a great view with which to relax, and was nestling under a huge tree that prevented a single drop of arm burning sunshine getting in the way of the perfect cold drink.

I stretched my legs out, popped my sunglasses on and closed my eyes, listening to the sound of the people and the water wheel behind me.

However, as nice as this was after a while I couldn’t help but think about the field next to me and the little church (St James the Great) over in the distance.

As I’ve mentioned previously I’ve been there before many years ago – but not recently. It wasn’t that far, so after a long drawn out love affair with my iced soft drink (45 mins of pure tranquility) I headed down the nearby shaded path and out into the bright and sunny field.

In the distance on the treeline at the top of this small hill was the spire of St James, just beckoning me forward to come and investigate.

Although my ass (as per usual) was aching for the first lap in the park this morning, by the time the 3rd lap was done I was actually raring to go. Almost nothing was cramping – and I still felt good even now.

I set off up the little hill and within a few minutes I was there. Just like last time was immediately transfixed by the simple beauty of the structure and the tranquil calm of the grounds, but last time the light had been fading and I had seen it in twilight. During the day I could investigate the detail. 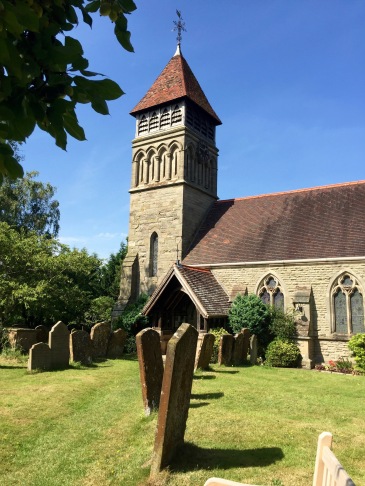 Although they’re often surrounded by rather sombre headstones and crosses (I’m not a religious person at all by the way) there’s something about old churches that fascinates me. The graves that surround them date the structure and evoke a real sense of history.

They also give you pause for thought and at times make you stop and realise that tragedy is tragedy, whether its been visited upon a family hundreds of years ago in a history book or yesterday on the evening news.

Sometimes out of nowhere you feel humble in such an environment. All you can do is reflect upon the good things in life and how lucky you are to just be standing in that spot, very much alive and with the luxury of being able to quietly contemplate your mortality.

However – aside from the deeper and more spiritual side of such a place there is also the endless march of nature, etching away stone and clambering over anything man made. It’s continually reminding us who is master of the earth – and it’s not us. 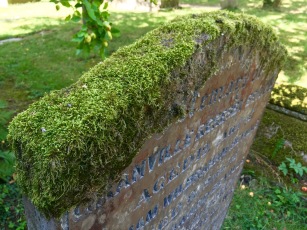 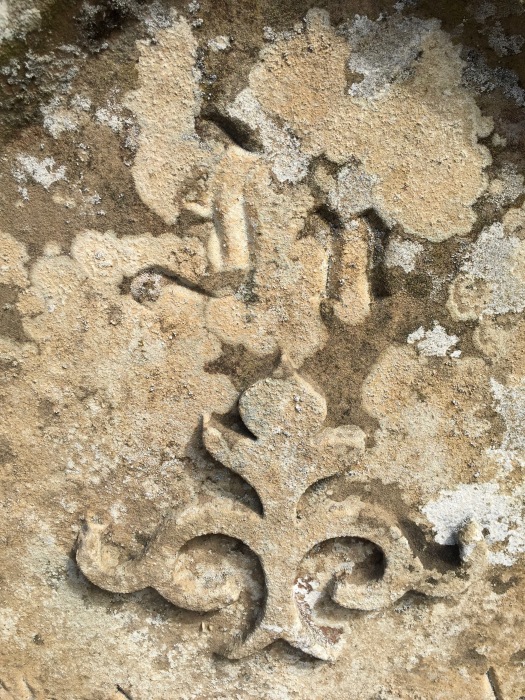 After this I made my way the long way round through the back of the church and over the field to the right of it back to the Saxon Mill and my car – whose aircon was looking ever more attractive by the second.

After some slow, methodical plodding back down the hill I was soon back at the Saxon Mill and the cool of its shady path and little patches of wildflowers.

Not long after I was in my car and zipping back home for dinner. Overall the day has been good one with walking – and my plucky little Apple Watch has kept a tally.

Yesterday I was at 23 miles with 7 to go on the way to virtual France.

Today internet I’ve added 6.17 miles to the total, meaning I have less than a mile to walk until I’m heading out into daylight from the endless night of the chunnel, blinking outside ‘le hypermarchet’ and getting ready to fill my empty rucksack with virtual duty free!