I may already be a teeny tiny bit caffeinated. 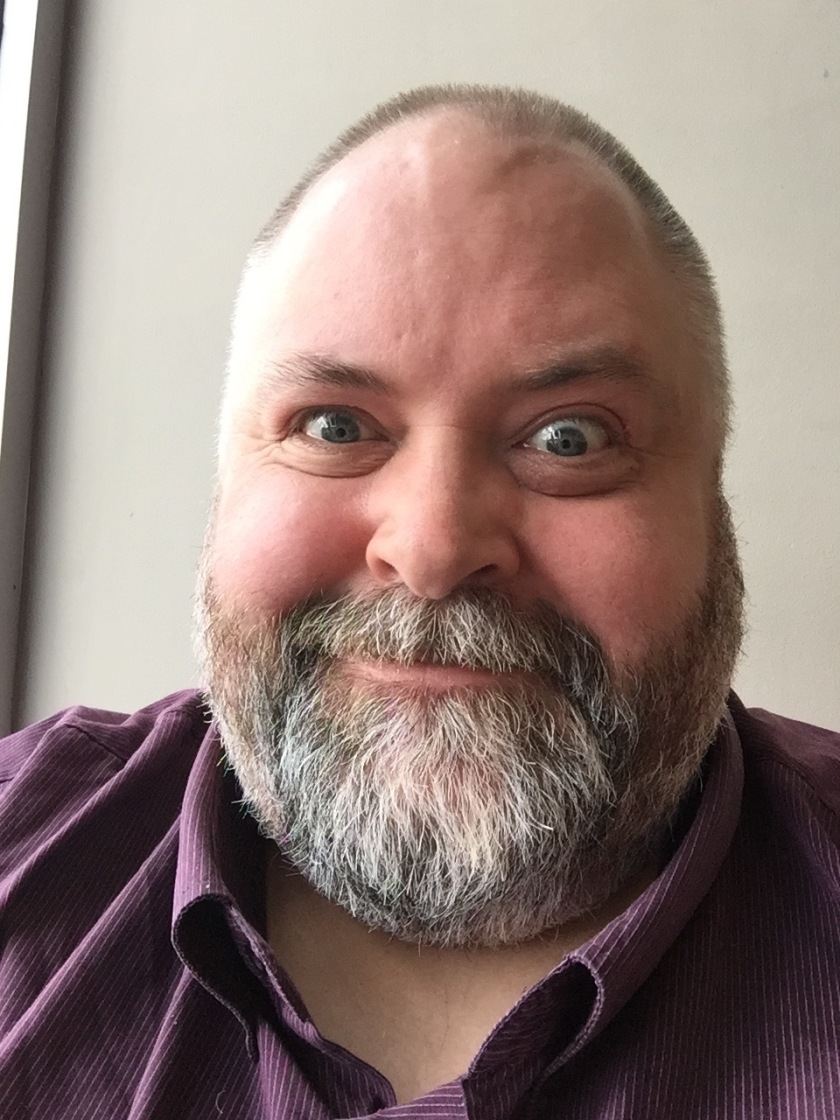 Today is Saturday, and last night I slept well knowing that the weekend would be there when I opened my eyes.

Although I am having emotionally troubled sleep of late the physical quality of my downtime is actually improving. Not so long ago I couldn’t breathe AT ALL on my right side when I turned over in bed. It’s still far from ideal, and not my preferred position, but crucially I can draw breath and if I nod off, although I snore, I don’t wake up panicking that I am suffocating.

In some ways it annoys me that this is a ‘victory’ – but like Angie said about herself at Slimming World this morning – I’m learning slowly not to beat myself up. It’s a win and it makes me happy.

The eagle eyed people close to me will also notice that I have started taking selfies a lot lately. I am beginning to notice changes in my face and doing this makes me hate it less and less. The more I share pictures of it the less I care what people might think and the better I feel when I look in the mirror. This is also a win.

Something else that makes me happy is my increasing mobility. Little things make all the difference, but to me this little thing is a big one.

The other day when I took my car in to the garage I was given a lift home. Previously I would have asked the driver to drop me at the doorstep. I would have struggled out of the car and been out of breath by the time I reached my armchair.

I find my stomach gets in the way of ducking my head to get in and out of some cars – and it makes exiting them very embarrassing at times. I struggle with alien seatbelts that often do not fit. I avoid taxis whenever possible for this reason – or sit in the back whether I’m on my own or not.

When coming home I asked the driver to drop me at the bus stop – at the previously unreachable end of my road. I strolled home, and felt just great when I got back. This is also a win. A big win.

Today I wasn’t expecting anything stellar when weighing in, and I had told myself again and again I would be happy to maintain my weight this week. I wasn’t looking for or expecting any huge losses, as I know that I’ve struggled a lot over the last seven days with comfort eating.

The usual venue was in use by interlopers this week. The infants school I normally go to had been temporarily reclaimed by lots of toddlers and parents – so instead we were in an echoey (but surprisingly nice and bright) church hall just over the road.

For one moment as I parked up I was worried that I wouldn’t get a chance to sit on the hateful little red chairs in the school hall. However I needn’t have worried. My heart skipped a beat with joy when I saw the same delightful little implements of torture in the usual semi circle as I walked in.

Scarily behind them were some even smaller little blue chairs. Presumably they were for REALLY successful slimmers who shrank in the wash.

As usual I was dressed for battle with featherweight clothing on, and after emptying all the fluff out of my pockets stepped on the scales.

This picture is actually slightly incorrect – I lost two lbs, not two and a half.

However, I don’t care in the least. I have a two and half stone certificate (yay!) and the back of my book is also rapidly filling up.

Today Angie was back from holiday – and despite having been on a week long booze cruise with her buddies looked tanned and happy – and was busy cheering up her audience as usual.

Today there was a nice mix of people – one had (at least temporarily) migrated from another group, and it was nice to finally put a face to a name on Facebook. I find it really hard recognising people from photos, especially when they’ve lost weight. This lady got her target member status today and she looked really really happy with it. There was also an award for someone who had maintained her target weight for AAAAAAGES and she was given a super special diamond target member badge. There was some well deserved clapping!

Oddly the group appeared to be talking about what was on my mind today – and that was comfort eating. Everyone seemed to be suffering with the same problem – and some were speaking words that felt like they were falling out of my head onto their tongues.

Self sabotage was something everyone in the room struggled with – and some really brave guys had come back after not being there for a while to try and repair some mis-steps.

Overall – it was really positive, and it reminded me of the CBT work I did at the D&A group some months ago, and a particularly useful strategy.

This is just as applicable now as it was then – and although I still fail at this sometimes it’s a good way to deal with addictive or compulsive behaviour.

Finally – someone very close to me that I love dearly is struggling, like I did. This person is facing the same difficult emotions I experienced when I had to admit many different things to myself after starting Slimming World.

For their benefit (and for anyone else it may help) I realised the following things:

This person can do it if they put their mind to it – and I know deep down that they will.

So internet – that’s my Saturday.

Well not ALL of my Saturday. In a moment I’m going to buy some salmon. Some really nice, pink juicy, fresh salmon. I’m going to take that home and slowly fry it with some Worcester and soy sauce. I’m going to have it with a pint of water, a large baked potato, and some stir fry vegetables.

After that I’m going to make a nice cup of coffee (what else?!) and watch the Sopranos. I’m starting from season one again and it’s even better than I remember.

Have a good one!