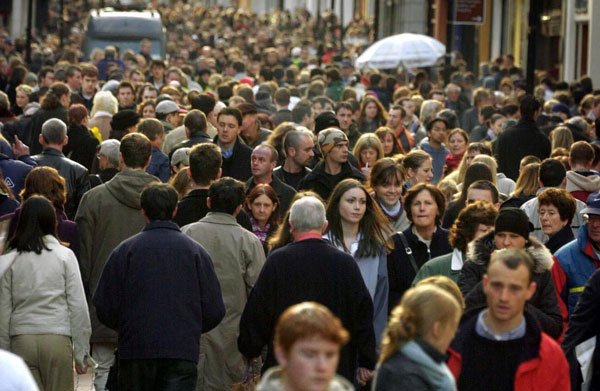 Today nothing bad has happened. I need to be clear about that. I’ve had so far a relatively productive Wednesday, and have completed day three of my time on the program.

I’ve been trying some mindfulness this afternoon, in an attempt to clear my head and just focus on whats important in life, but its not been working very well. I have other things I need to do and I feel like time is accelerating and slipping away from me somehow. My week is flying by and its almost the weekend.

I also don’t want to write at the moment, and despite a long list of tasks in my head to accomplish today I’d very much like to be under a duvet not thinking about anything, just sleeping.

So clearly again I don’t want to face what I’m feeling, vocalise it, write it on paper, accept it or begin to deal with it.

Since thats the case I’m going to try and do all of the above – by writing, because lately this is the only way it seems I can order and make sense of things. Capturing my inner narrative and editing it until its just right, then reading it many times until it sounds ‘true’.

Once I’ve published it and its too late to stop everyone knowing my failings I read it again, and again until the words begin to sound like meaningless noises in my head, and they loose all power over me because they are no longer hidden or shameful, and I feel relaxed.

At the moment I have an overwhelming sense (again) that others are more worthy than myself, and that for whatever reason I do not deserve help – that I am wasting people’s time.

It’s something I feel a lot. After people shared more detailed information about their personal difficulties today and the addictions that they struggle with my problems didn’t seem that relevant.

Although my progress currently makes me feel guilty – I am doing well. I have 3 days to go and then its two months since I last had anything to drink.

Others are struggling more than me and I really feel their pain. My immediate impulse is to connect with them, to reach out and to hold or hug them, to make them better – to ‘fix’ them. I want to throw my arms around some of them before I leave but I hold myself back. I need to respect everyone’s boundaries, and fixing others is not my role in this setting.

Every time I think this I also move away from remembering that I too am there because I need to understand and fix myself. I need to focus on me as well, and not just absorb everyone else’s pain while I exclude my own.

I think sometimes that it’s my nature to care for other people really intensely but not to spend any time caring about myself. Today I’m filled with love, but struggling to direct any of that toward me. Maybe its a coping mechanism, or maybe its just what normal people do when they see others in distress.

Or it could be that I just overthink what is a simple impulse to reach out to another human being in pain and make that go away.

One thing that’s struck me today though is the normality of what I’m going through currently and what I’ve battled with in the past. The people in my group come from all kinds of backgrounds, and just like me have lives, jobs and (in some cases) family they love.

These people with addictions are just as normal as anyone else I have ever met and for want of a better way of describing it ‘they live among us’.

They are each and every one of us.

Why then when such people try to come to terms with this aspect of themselves do they feel shame and think they’re so abnormal or unusual?

It seemed to me today that the only difference between me sitting in a group talking about my issues and someone else sitting in an office quietly thinking about them is that one person has just decided to be more open than the other and seek help.

The guy in the office hasn’t decided to deal with the issues surrounding the litre of Vodka he’s planning to drink before tomorrow, the guy in the group has. Both may have the same outcome that evening depending on how strong they feel, but at least the one in the group understands he’s not alone and he’s not abnormal. He should also know the next time he feels the need to self destruct he might find a way through it with the help of others.

The guy sitting on his own might make his way through too – but it will probably take him longer. I speak from experience. Sharing it helps, and more good comes from telling people you can’t cope sometimes than harm. I am sure because of this tomorrow I will feel stronger than I do today.

One of the lines in the literature I have received from this program states that ‘Everyone is OK‘. It doesn’t seek to explain this statement, and its meaning is left to individual interpretation.

Having considered this for a few days I like to think this means that people are inherently good – we all have the capacity for kindness and love (both toward others and ourselves), and sometimes we just need someone to hold our hand and walk with us to that place so that we can learn the route for ourselves.

Anyway – i’m beginning to de-stress now. The typing has calmed me and focused my thoughts. I like the rhythmic sound of the keyboard, and like stroking a dog it slows my pulse.

Downstairs I have some really nice bread, some stilton, some coleslaw and some ham. This evening I will have a truly epic sandwich for tea. I also have some olives to make my plate look vaguely mediterranean.

I’m going to make my butty and then continue with my jobs.

Thanks for listening internet – you’re the best.