I’ve been trying not to overdo things lately.

OK – when I say ‘overdo’, what I really mean is do things a lot.

OK OK – thats not strictly true. When I say ‘do things a lot’ I really really mean do them obsessively.

My previous manager can attest to the fact that I’ve taken weeks and weeks off work so that I can play certain games. When I do so I’ve cleared my timetable of everything and just buried myself in the imaginary world at hand.

Destiny is not unique. Not even close.

I recently nailed 243 hours in Fallout 4. Prior to that I took two weeks off work to concentrate on The Witcher 3. I spent almost 18 hours a day playing it and updating my YouTube channel with content from it, for 14 days solid, only stopping for the toilet when REALLY necessary.

When I returned to work I was shattered.

It gets so bad when i’m doing this that I can’t sleep, and without fail I dream incessantly about the game world and the characters in it.

This can be fun sometimes, but most of the time if I’m really honest it’s not. I tend to get locked into ‘levelling up’ or collecting ALL of a certain item, and I can’t stop.

I had such bad RSI in my thumb after playing Borderlands 2 obsessively that I couldn’t move it properly for nearly 3 weeks and couldn’t play games at all for nearly 2 months. It still hurts now when I play some games, and aches even when I don’t.

At times if I’m honest I wonder what I’ve gotten out of the activity. Maybe a sense of order, or satisfaction at a ‘job’ completed?

I also obsess over words I like the sound of – and get hooked on one or two, sometimes for weeks – even months saying it over and over in my head. They too visit me in my sleep continuously. Parochial was a recent culprit, which is still on a post it note on my PC at work, because I’m worried I will forget it and its meaning.

I struggle to stop doing things like this and I’m aware its not normal. It’s addictive behaviour.

In the past I’ve read that Cocaine users are always chasing the feeling of their first high, but its actually unobtainable because the body will never react the same way again, and each hit they take brings a diminishing return.

Anyone that’s drunk a lot or (like myself in the 90’s) taken drugs to excess will understand this. Either you get locked in regardless and do it till the bitter end or realise it’s a fruitless pursuit and give up.

Around the time my mom died I stopped playing almost completely.

I remarked to a friend in an unguarded and honest moment a few weeks after this that I was scared that I would go back to playing obsessively, and that it would detract from dealing with events in my life. Gaming was ’empty’ time  and I didn’t want to get locked into the same behaviour patterns again.

However there are two sides to everything.

Just as in ‘real’ life you make friends at work through shared experience and common goals, you do the same while gaming. It’s a bit like being a pigeon fancier, but less specialised. 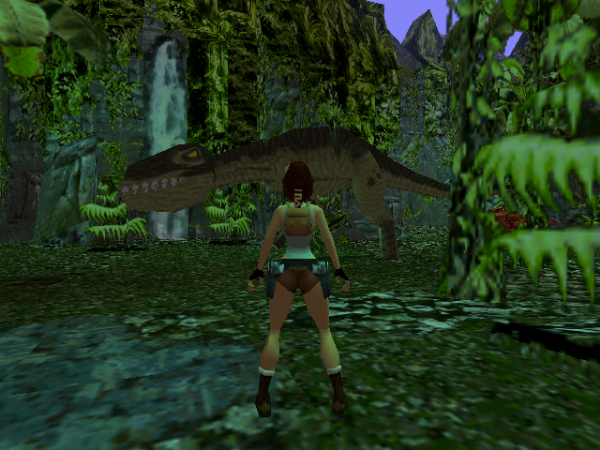 When you meet someone with similar gaming interests you instantly have a wealth of past conquests and memories to share, stretching back decades. Gamers often have a strong bond because of such shared interactive experiences (‘Do you remember the first time you met the T-Rex in Tomb Raider? How cool was that!?‘ etc etc), and they come from all walks of life, both male and female.

I realised on Friday that I had mostly cut myself off from these people when I stopped six weeks ago and had removed the all the gaming good from my life along with the gaming bad.

I’d gained contemplation and creativity time but also lost a lot of the ‘people’ time I had when I played games with my friends and idly nattered.

Despite the geek stereotypes, people that play games together don’t just talk about games. They talk about life. They talk about whats going on with each other, and they do it in an environment where they’re relaxed and usually open because they’ve having fun and the game provides common goals.

Sometimes we also just take the piss out of each other all night and have a laugh – which is also really important.

So, last night I rejoined my friends for a game out of the blue and it was really really good. we killed baddies online in ‘The Division’ for a while, set the world to rights, joked around, sneakily blew each other up when we thought we could get away with it for comedy value and generally had a great time. When all three make believe good guys were tired and needed to go to bed we hung up our controllers and went hunting pillows instead of terrorists.

Last night I didn’t dream of the game. I just slept well.

I’ve decided that I’m (for the time being at least) only going to play this game when they are around and use it to keep in touch with them and how they are.

I’m hoping to get more tips on obtaining balance in life when I start my counselling properly in a week and a half, and this is just one of the areas that I’m going to try and deploy that knowledge in.

Until then, as the subtitle of the blog reads (which my dad finally noticed for the first time today after reading my blog for a month 🙂 ) I’m just learning to live life.