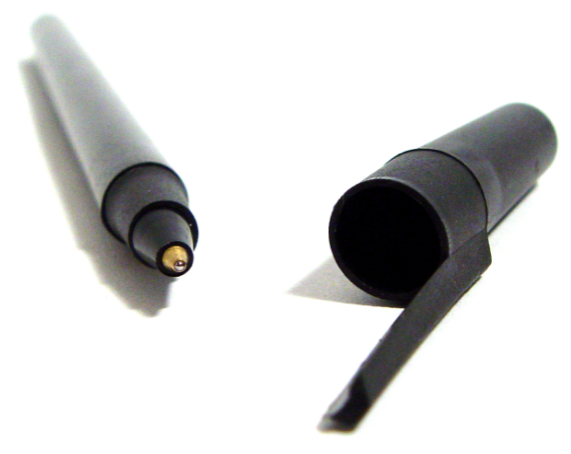 ‘How do you feel on a scale of one to twenty?’ I was asked this morning in my D&A clinic interview.

‘Zero is suicidal, 20 is deliriously happy’ my Welsh case worker prompted, wobbling her biro back and forth between her fingers.

She was wearing a chunky scarf and her pen was missing its lid. I couldn’t see one anywhere on her desk.

Initially I couldn’t answer the question. My mind instead had focused on the provided scale. Twenty was a range I’d not previously come across. Obviously one to five was insufficient to describe the highs and lows someone might experience when dealing with a dependency. One to ten clearly didn’t provide the granularity needed either and I’m betting one to fifteen wasn’t even in the running.

So what was I? Well I definitely wasn’t suicidal, and thanks to an epic amount of good quality sleep last night (12 hours!) I was in a fairly good mood – but I still wasn’t DELERIOUSLY happy…

I was pretty sure however that I was above the midpoint, but how far? Five? Less? More? Seven?

Too much thinking. Go with room for improvement, but not self-pitying.

She ticked the box and moved to the next question.

Where was the lid of her pen? I couldn’t see it in her hand.

‘How about family and friends support? One to twenty. One being no support at all and twenty being full support from everyone.’

I don’t feel unloved by friends and family and I’m pretty sure that anyone I consider a close friend would drop anything to help me if I needed it. But Twenty? That would just be grandstanding. I couldn’t say twenty without a backflip dismount from the chair and full marks from all of the watching Olympic judges.

‘Eighteen’ I said. ‘Twenty is too much – nothing in life is perfect.’

The reality is though that I do honestly feel like I have a 20 on my hands. My immediate family would probably walk blindfolded backwards into fire for me, and I them. My friends are the same. As much as I’m sure they know I’d be there for them in a heartbeat I’ve never felt that they would do anything less for me.

This thought was actually a highpoint of my interview, and the realisation that I had something where I scored full marks was very encouraging. I may be cash poor but I’m definitely relationship rich.

It’s this kind of re-framed perspective, often found when I least expect it, that has turned some low periods in the last few weeks into moments of inspiration.

Re-framed perspective however wasn’t done with me yet.

I left the meeting and was ushered into the waiting room with some informative leaflets and a tentative booking on a four week ‘Self Build’ program. My case worker went to check her event diary to schedule our next meeting.

Seated in the waiting room was a lady, or a man. I couldn’t tell which due to a big woolly hat and all-encompassing baggy clothing (I’m going with woman). She was sitting with her legs crossed and one foot on the coffee table in front.

Unlike me she was extremely thin, and her legs were wrapped around each other like coiled wire. She was fidgeting and rapidly tapping the table with her other, free swinging foot.

I intently studied my leaflet, not willing to make eye contact.

A couple sat down opposite her, the man much older than the woman he was with, who was concentrating intently on her iPhone.

‘It’ll be ok,’ the man said to the tapping lady, clearly understanding she was in need of something, or maybe having met her before. They’ll see you in a minute. They’re pretty quick’

‘I’m not waitin for him. I’m F&&kin waitin for someone else.’ she said to no-one in particular.

She continued to fidget and looked expectantly at the locked door leading to the staff area.

The older man was then called into his meeting and as he walked away said to his young companion ‘Don’t go. Wait here. I’ll be right back. Don’t leave.’

The self locking door to the interview rooms closed behind him, leaving the three of us together. The young woman looked up from her iPhone and said out loud to nobody in particular. ‘Where am I going to go? I don’t have anywhere to go. I’ve got nothing.’

She looked forward for a moment in silence, with no response from the room, then returned to her phone as the other lady began to tap nervously again, this time quietly.

My case worker returned to the now silent surroundings, and handed me her card. I told her I’d get back to her about my enrolment on the program that we had discussed after I’d run it by my manager at work. I shook her hand cordially and smiled before leaving, noting her pen still had no lid.

I surmised that this was just how she rolled. Lidless.

It was raining when I opened the reception door. As I quickened my pace to the car I noticed an open can of beer placed delicately up against the wall. Presumably it was waiting for the return of its owner so that it could continue to soothe them and block out whatever they were running from.

I unlocked my car, got inside and sat for a moment watching the rain hammer down on the windscreen.

I have a fifteen AND an eighteen (secretly a twenty). I’m pretty sure the strong lager’s owner would rate themselves lower. I have no idea what the lady with the iPhone would pick, but I am guessing it wouldn’t be high.

The environment I’m making myself visit is uncomfortable to be in and if I’m honest a little worrying, but necessary. It’s also a stark reminder of what really happens if you lose family, lose friends, lose sight of who you are, and loose hope.

Twenty is a pretty wonderful number.