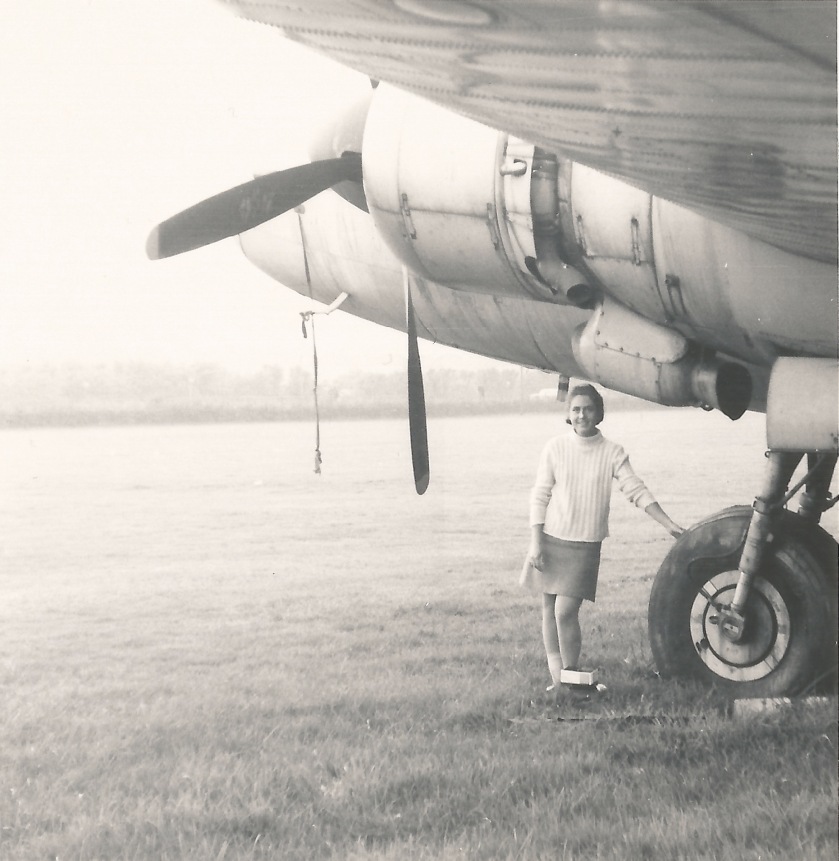 I haven’t been able to sleep all night. My mind has been full of incomplete and fragmented thoughts – the kind you only get when you’re unable to get any rest. Nothing about them in their abstract form is resolvable. Every conundrum they present has an answer just out of reach, just like this enigmatic black and white photo of my mother.

I have no idea when it was taken, who took it, where it was or why I never saw it in the 42 years I knew her before she died.

The funeral is in four hours, and I’ve been reading and re-reading old letters from me, my brother and my dad that my mom kept from 1997 when I lived in Wales.

Strangely they don’t paint her in a good light and I’m wondering why they weren’t ripped up and burned at the time she received them. Instead they were preserved and hidden away for 20 years.

The words in my letter to her could have been written a month ago, but instead they were penned when I was nearly half the age I am now, when I was (again) trying to make her understand that love was not a right and that it couldn’t be demanded from people.

At the time she’d just pushed my brother away the same way that she had with me. I was offering advice about how she might repair family conflicts and improve relationships in the future.

The advice, unlike the letter did not get through. Changes were never made and things were never resolved.

So, today I’m attending a funeral and I honestly don’t know who its for. I can’t find in all the things my mom wrote, saved, hid away or left in her personal effects anything that can give me an insight into who she was or why she treated people the way she did.

I’m also hoping I don’t burst into laughter at the absurdity of one of the songs chosen for her funeral that she always loved.

I can’t honestly at the moment remember any happy talk between us – but my mom played the South Pacific album over and over, and embarrassingly I know it pretty much word for word. I’ll probably remember it until its time for my own funeral.

Hopefully in between washing the car, picking up my brother, driving to the cemetery and  meeting my relatives I can remember something good that fits in with this jaunty upbeat track before the curtains close on my mom, and we get to ‘My Way’ by Frank Sinatra – which at the moment seems infinitely more apt.